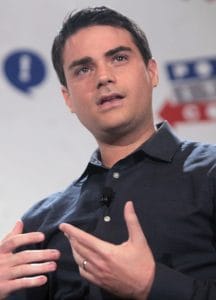 Birch Gold Group is proud to have received the endorsement of Ben Shapiro, host of the Ben Shapiro Show and Editor-in-Chief of The Daily Wire.

Agreeing that no American should be intimidated when it comes to planning for their retirement, this partnership allows the public to learn more about their retirement savings options.

Since August 2016, Birch Gold and Shapiro have worked together to educate Americans on the value of physical precious metals as part of a plan to diversify and protect your savings.

One little-known aspect of precious metals ownership that Ben Shapiro has helped bring to the fore is the option to rollover an IRA or eligible 401(k) into an IRA backed by physical gold and silver. This option allows Americans to move some of their hard-earned retirement savings out of stocks and mutual funds and into the safe haven of physical precious metals, protecting their futures.

But at the core for why ownership of physical precious metals makes sense for all Americans, Ben Shapiro put it simply to his audience:

It’s foolish not to have some assets in the one area of human activity that has never been worth zero.

Gold’s ability to maintain its intrinsic value across thousands of years, independent of geography, and through radical changes in technology, supports its potential to be a safe haven asset to protect your savings.

Click here to request a free info kit on gold and how to move your IRA or 401(k) to precious metals.

Shapiro is an accomplished and growing voice among today’s political commentators. On top of hosting his show and running The Daily Wire, he is a nationally syndicated columnist, the author of nearly a dozen books and an attorney.

In his most recent appearance on the Ben Shapiro Show in March 2022, Phillip Patrick, a Precious Metals Specialist from Birch Gold Group, sat down with Ben to discuss the current status of the U.S. dollar’s global reserve status. In the aftermath of the financial sanctions against Russia, governments around the world are realizing their dollars are an unexpected political risk. If Washington can cancel Russia, they could cancel any country that doesn’t go along with their policies or goals. Here are the unintended consequences of the weaponization of the U.S. dollar:

In other episodes of the show, here are some more reasons that Shapiro has cited for rolling your retirement savings to physical gold and silver:

Click here to get your free info kit on gold today.