Central banks keep gold as a protection against outside problems that could affect their economies. It used to be as a way to back up their own currencies, and in a loose way, it still is. After all, gold is a hedge against inflation. These days, gold acts as a ballast against economic downturns or changes to the global economy.

According to the World Gold Council, “Collectively, at the end of 2021, central banks held over 35,000 tonnes of gold, which is approximately one-fifth of all the gold ever mined.”

That’s a staggering fact, as gold has been around since before written history. It is even more strange that when most think about the metal, they think of private investors or jewelry and not some government agency locking it up in vaults.

Given this high volume of gold held by central banks, it is pressing to dig in and understand what central bank gold reserves are, how they have changed over time, and what role they play in the current marketplace for gold.

To truly understand central bank gold reserves, however, we have to go back to a different time.

What is the gold standard?

The gold standard refers to the use of gold to protect and back currencies. From the early 19th century until the mid-20th century, most major currencies around the world were backed by gold. This was to ensure that governments themselves couldn’t manipulate their currencies to improve trade or pay off debts with false currency.

Central banks were often the vehicle for these governments to store and distribute that gold. Linking currency like the US dollar to gold meant that anyone could, at any time, exchange dollars for the corresponding amount of gold. That was especially true for international trade and foreign governments.

These gold reserves were meant to honor that arrangement. If, say, France decided to exchange its U.S. dollars from international trade with the U.S., the Federal Reserve would ship out the equal amount of gold. That helped create the global monetary agreements and economic growth the world saw for decades in the 19th and 20th century.

Today, the rules are different. The world now runs on the US dollar alone. Since President Nixon took us off the gold standard in 1971, the dollar has been at the center of global trading without a direct tie to gold. But that doesn’t mean gold doesn’t still have a role. 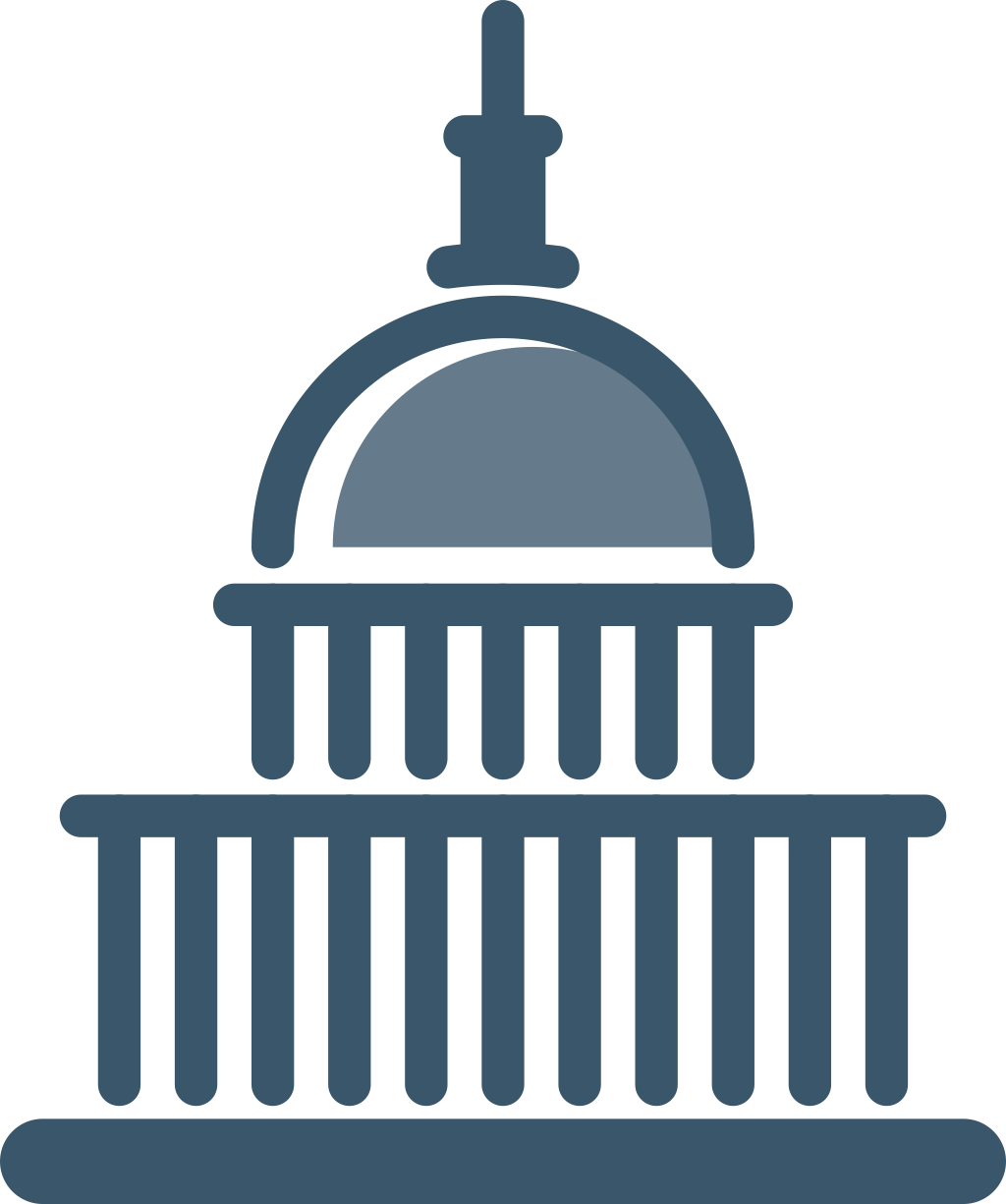 At central banks around the world, from Germany and the Netherlands to Italy and Russia, vast amounts of gold sit in their vaults.

Gold’s long-term performance as a tremendous store of wealth, hedge against economic problems, and growth potential as an asset class, works just as well for a large central bank as it does for the smallest of investor or saver.

Governments and central banks don’t necessarily function the same way as a mutual fund or investor’s portfolio. But they also don’t want to run at losses or experience extreme volatility. They hold gold as part of their overall foreign exchange reserves. This helps shore up their own balance sheets and helps protect against any potential losses.

While this hasn’t happened, at least in many years, imagine if the US dollar were to quickly deteriorate. Recent stimulus and liquidity injections get out of control. Market rates and inflation fly out of control. For a country like Germany, which is closely tied to the United States and the US’s other trading partners, that would be disastrous.

To protect against that, Germany’s Bundesbank holds 3,370 metric tons of gold in reserve, which is the second most in the world. And it also means that while the German economy would definitely be shaken by a massive disruption in the US dollar, it would have a hedge in place that would inevitably rise in value at that same time. This protection would put Germany in a better position to weather the storm.

If you think about it, that’s the same reason why most investors who own gold do so. Some do it explicitly as a hedge against inflation. Others see it as a hedge against economic downturns and depressions in the stock and bond markets. The underlying reason is the same for both large central banks and private small-time investors: protection.

While the world no longer operates on the gold standard, that doesn’t mean they have abandoned the protections that standard offered. Gold doesn’t directly back currencies anymore. But it does indirectly through central bank reserves.

How do central banks buy and sell gold?

While one out of every five ounces of gold ever mined sits at central banks, that number can and does change. Just like any other asset, these governments can buy and sell gold as they see fit, or at least under some agreement.

And just like anyone else, these central banks can trade that gold on the open market. Of course, when you are talking about transacting with such a large amount of anything, there’s a risk of flooding that market in periods of great selloffs and artificially inflating it with large purchases.

To prevent this, agreements to central banks’ trading of gold have been signed in the past. The most recent and greatest agreement came in 1999, when the European Central Bank and 11 national banks in Europe signed the Washington Agreement on Gold. This forbade these countries from mass selloffs of their own gold reserves. After three extensions, this agreement finally lapsed in 2019.

One reason why the agreement was allowed to lapse is likely what’s happened during that time. While central banks have always dealt in gold, those same groups were net sellers of the metal until 2010. 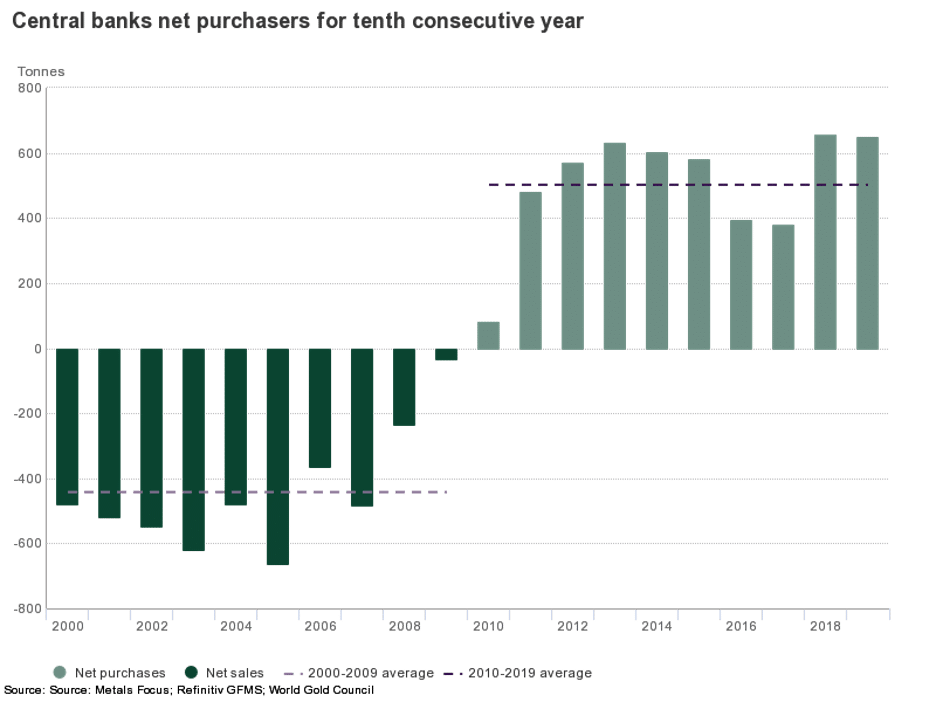 The reason revolves around how the central banks themselves changed during that time. The world was going through a massive crisis affecting the global economy. The financial systems in Europe, the US, and Asia were all experiencing a complete collapse. Huge banks like Bear Stearns and Lehman Brothers had gone under, with all of their hundreds of billions in assets.

In response to this panic and its inevitable credit crunch, central banks started to be proactive. The majority of them started opening up emergency liquidity. They took over whole balance sheets from private sector banks. And almost no one did this more than the US Federal Reserve, growing its own balance sheet from about $900 billion to more than $2.2 trillion.

This changed the game for everyone. With the US dollar as the central currency on which the world turns, some countries worried about their own position relying on it so much.

Despite many implementing their own stimulus and liquidity programs, they also began buying gold. China and Russia had already been net buyers before the crisis. But after it, both ramped up their purchases to a huge degree. Others like India and Mexico joined them. 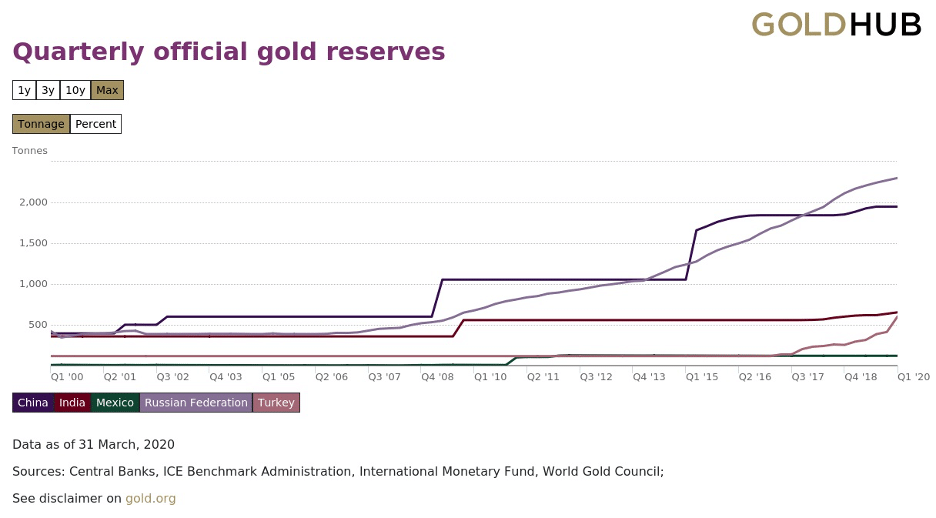 With such a turnaround in such a short amount of time, and one that seemingly hasn’t stopped even a decade since that crisis, it’s more important than ever to understand the relationship between central banks and gold.

What are the central bank gold reserves’ effect on gold prices? 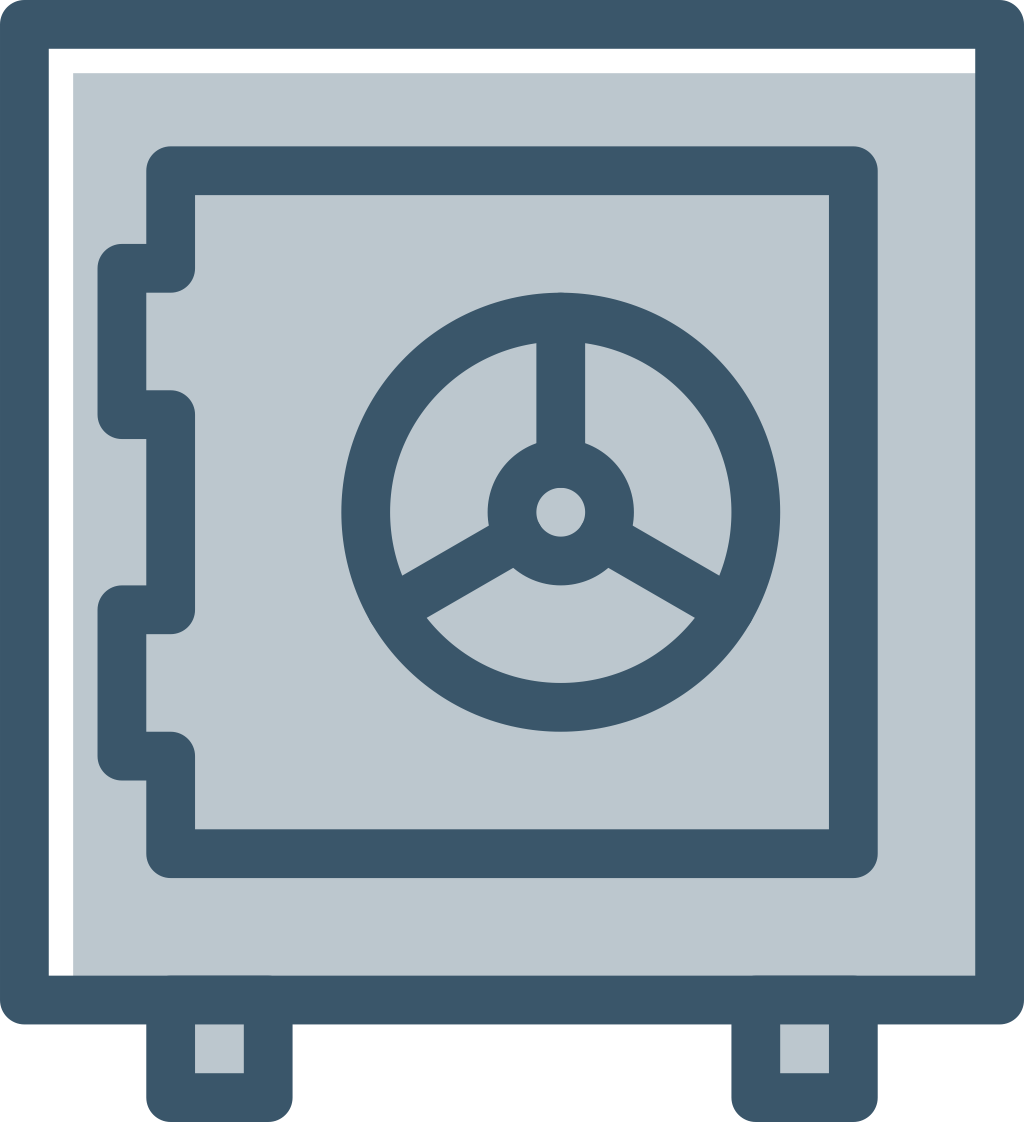 With such a huge portion of global gold, central banks can clearly have a major effect in the prices of that asset. As noted, if enough of these banks decide to sell off their reserves, it can cause immense downward pressure on the gold market.

That’s not the trend we’ve seen, of course; in fact, we have seen quite the opposite trend. The central banks around the world have been major net buyers of gold over the last decade, and they have done so responsibly.

Over this period, central banks have only been the third or fourth largest end user of gold for most years, which does help keep their actions in check. According to the World Gold Council’s stats, jewelry, investment, and sometimes even technology make up more of gold’s demand than central banks. Still, with 20% of the total gold ever mined in their vaults, it’s important to keep watch on this.

Gold prices are subject to many different factors. Mining company production, demand for jewelry, investors looking for protection, and others all contribute to week-to-week and quarter-to-quarter fluctuations in prices. But central bank gold reserves certainly can play a part in this. Understanding how can help you make sense of financial news and feel more secure in your choice to buy gold. —