Home » Blog » After Sunday, Your Bank Deposits May No Longer Be a Store of Value

After Sunday, Your Bank Deposits May No Longer Be a Store of Value

A pending decision from the G20, set to be announced November 16, may turn your bank deposits into a risky investment. 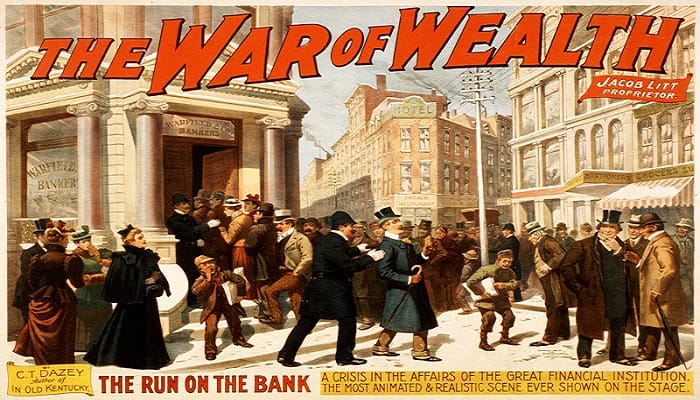 The coming G20 meeting this weekend in Brisbane, Australia aims to solve some of the biggest problems facing the world, including the health of the financial system.

To prevent a domino effect when one or more big banks fail, regulators and bankers have struck agreements over a series of new rules.

Taxpayer rescues of the failing banks will be a thing of the past, said Mark Carney, governor of the Bank of England and head of the Financial Stability Board, the institution advising the G20 on how to make the financial system safer.

Carney is expected to announce that the largest banks must conform to tough new rules. Large lenders will be required to have enough reserves to absorb losses – the so-called bail-in. A bail-out (the term more popularly known) is when outside investors (or taxpayers) put their money on the line to save a bank, while a bail-in (popularized by the Economist) is when bank creditors take some of the burden by having part of their debt written off.

In other words, these new rules “will shift the burden of a bank bailout away from taxpayers to investors who own the banks or lend them funds,” says the Guardian.

“Lend them funds” – meaning the bank depositors, the average savers who keep their money in bank accounts.

In the most simple of terms: If these measures are implemented, your bank savings will be jockeying for position with other creditors if your bank suddenly goes under. Or, as Russell Napier put it, “With deposits then subjected to a decline in nominal value following a bank failure, it is self-evident that a bank deposit is no longer money in the way a banknote is.”

Are you concerned for the security of your bank deposits?
Click here to get a FREE Info Kit on how you can protect your savings with physical gold.

Russell Napier further argues that paper money then might “act as a superior store of value than bank deposits,” and that this could cause some people to prefer cash as a store of value to bank deposits, which is what a bank run is – when a large number of depositors withdraw their funds believing that the bank is about to go bankrupt. With each new withdrawal, the likelihood of default increases and this causes even more people to ask for their money.

The run on a single bank can become contagious, leading to panic and massive withdrawals or causing insolvency in other banks through linkages in the interbank market. Bank runs were common during the recent global financial crisis, most notably the 2008 runs on Wachovia, IndyMac Bank, and the then largest savings and loan in the United States, Washington Mutual.

Russell Napier’s theory is rather dramatic but interesting. However, wouldn’t these same savers be better off owning physical gold instead of cash dollars?

Over the past 100 years, the U.S. dollar, rapidly declining as the world’s reserve currency, has lost more than 90 percent of its value. Meanwhile, precious metals have held firmly. Political commentator Dick Morris likes to use this example: A barrel of oil costs the same amount of gold today as it did in 1946. In 1946, a gallon of gasoline cost $0.20, and the silver content of two dimes was enough, melted down, to purchase it. It still would be enough if our dimes were made of silver, to purchase it, even at $3 and $4 a gallon. That’s how much the value of paper currency and coins have declined, while gold and silver have kept their value.

Are your savings safe from what may start on November 16?

Discover how to protect your savings with physical precious metals:
Click here to get a FREE Info Kit on Gold – there is ZERO cost and ZERO obligation to you.

For more breaking news about gold and other precious metals, join us on Twitter.