Home » Blog » China Fools The World Three Times – When May It Be ‘Shame On You’?

Three times this week, China unexpectedly devalued the yuan, and sent the value of gold in that currency soaring. How much longer until it happens here? 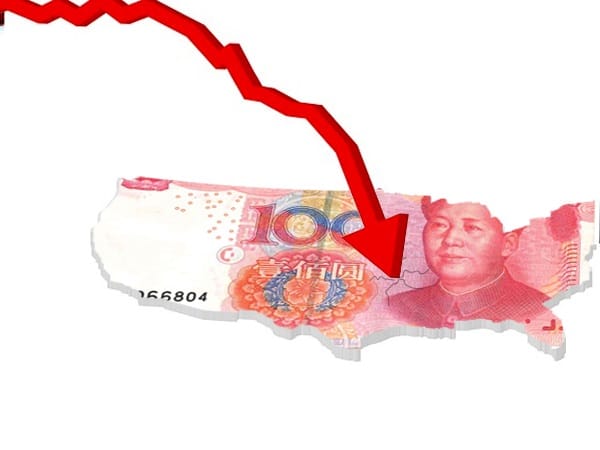 Former President George Bush is famous for once saying, “Fool me once, shame on you. Fool me… you can’t get fooled again.”

Most of us know that it’s supposed to end, “Fool me twice, shame on me.”

But what’s said when you get fooled a third time?

For example, what about this week, when China devalued their currency on Tuesday, swore up and down that it would be a one-time thing, but then proceeded to devalue the yuan the following two days straight?

It’s just yet another example of the increasing ruthlessness we are seeing around the world from governments and central banks, who say one thing, but then do another.

The relative rise in the dollar’s value versus other currencies crushes our economy at home, as exports become expensive and money made abroad from our corporations loses value through the conversion rate.

Conversely, the drop in the yuan will harm everyday Chinese savers but help the nation’s export market, which shrank by 8.3% in June.

That drop in the export market comes on the back of the Chinese stock market tumbling 30% in just under 3 weeks – and had it not been for government intervention, the market could have fallen even further.

It’s for these reasons that an increasing number of citizens in China are turning to gold. They see that while their government is growing increasingly desperate to keep the economy going, they’re beginning to run out of options to prop it up.

Citizens in that nation are also seeing that when it comes to easily manipulated assets like currencies or stocks, the central planners can come in at any stage and manipulate the market any way they please – or even restrict your access to your cash.

The price of gold measured in yuan jumped 5.6% last week during the currency devaluation period. (And isn’t it strange timing that just before this move, they purchased 19 tons of gold – when prices were at recent lows?)

In the last few years, this trend has held true for other currencies that have lost value. For example, gold has recently soared against the Russian ruble. In addition, gold has also held its worth, while currency crisis spread through to other nations.

In recent years, the U.S. dollar has been strong relative to other currencies, so gold has not performed as well when measured in terms of the greenback. But when that changes – what then? Even John Kerry remarked this week that the days of the dollar being the premier currency of the world could be numbered.

The dollar is increasingly losing influence around the world and everyone knows it – so why be one of the people who get caught out?

Starting in 2007, we were all “fooled once” when the Federal Reserve unleashed massive rounds of money printing on the economy and devalued the dollar.

The next time they do it, it will be shame on you… if you sit on your hands and do nothing.

Here are 5 ways that China’s decision to devalue their currency could rattle the markets.