Home » Blog » What’s Next for China? No More Petrodollar, the Petroyuan is Here

What’s Next for China? No More Petrodollar, the Petroyuan is Here

China scored a major victory this week in its push for global economic dominance. Could the world soon move away from the dollar and towards a “petroyuan” system? 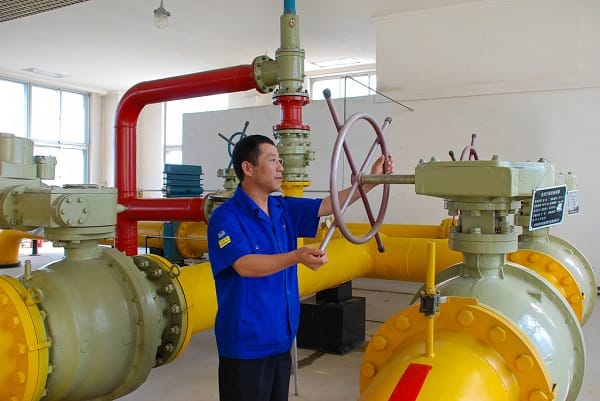 This week the petrodollar was struck with a mighty blow.

Russia’s third largest oil producer, Gazprom, announced that it will settle all crude sales to China in yuan, and thus officially ditch the dollar.

With relations between China and Russia growing stronger by the day, both economically and militarily, and with the U.S. placing more and more sanctions on Moscow, Russia’s movements away from Western-dominated systems are increasing.

That now includes Russian companies who are beginning to take on efforts to de-dollarize.

“Over the last few weeks there has been a significant interest in the market from large Russian corporations to start using various products in renminbi and other Asian currencies, and to set up accounts in Asian locations.”

We saw similar events unfold when our government placed sanctions on Iran, who have now ditched the dollar.

We only have ourselves to blame for the dollar’s continued decline on the global stage.

What has historically made the dollar so strong was its relationship to the trade of crude oil.

In the past, when nations looked to settle trade, they used the dollar. This is rapidly changing as nations shift to settle either in their own currencies – and now the yuan.

Much like a champion boxer who has continued to fight past his prime, the dollar seems to be struggling to maintain its dominance.

Round after round, it is getting picked off with the jab of the Chinese underdog, who is making its move to take the top spot.

Consider the following hits the dollar has recently taken from the yuan:

Surely this bloodbath can’t go on for much longer before the referee steps in and mercifully ends it for the dollar.

No matter how this present battle for monetary supremacy plays out, the era of a single petro-currency system looks to be on its way out, with a multi-currency system between nations and a range of currencies the most likely outcome.

As the petrodollar continues its decline, and as the petroyuan ascends, ask yourself: How diversified are your savings outside of the dollar? If you don’t own any hard, tangible assets like gold and silver, now may be the time to get started.

Have you had a chance to check out or Google+ page yet? We offer valuable information daily – join the conversation here.