China just moved a step closer to overtaking the dollar

It’s been speculated for years. Here’s why 2016 could finally be the year China overtakes the dollar… and it could all be triggered by this single change. 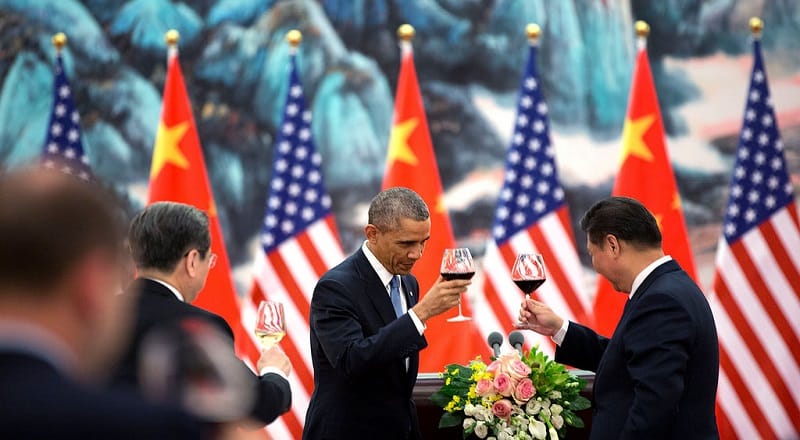 The rise of China on the global economic stage got another boost this week.

While discussing the potential that the Chinese renminbi (also known as the yuan) will be added to the IMF’s Special Drawing Right (SDR) basket of currencies, Christine Lagarde, the chief of the International Monetary Fund (IMF), put it bluntly: “It’s not a question of if, it’s a question of when.”

The SDR functions as an international fiat reserve asset, basically a shadow world reserve currency. Currently its value is based on four currencies: the U.S. dollar, the euro, the British pound and the yen.

This mix of currencies is reviewed every five years, and later this year, it’s up for review…

For the yuan to be added to the SDR’s basket of currencies, it first needs to meet certain criteria and then be voted in by the IMF council. Should the yuan be accepted, it could be part of the SDR system as soon as January 2016.

The last time the SDR currency basket was reviewed, in 2010, the yuan was rejected by the council. Specifically, the council noted, “The Chinese renminbi does not currently meet the criteria to be a freely usable currency.”

However, in the five years since, the Chinese have amassed a number of bilateral trade agreements outside the dollar, and now command a much larger share of global trade.

In 2014, the yuan became the fifth largest payment currency, bypassing the Canadian and Australian dollar. So now, this time around, it is likely to meet the IMF’s requirement of being ‘freely usable’. And don’t forget, the China International Payment System (CIPS) will likely launch in September this year, which will further increasing the tradability of the currency.

Lagarde, who this week wrapped up a five-day visit to China, announced in a speech from Shanghai:

The IMF knows China will play a dominant role in the future and needs them on board. Otherwise, it faces the risk of losing relevance to the growing number of Chinese financial institutions taking foothold on the global scene.

One of those financial institutions growing in economic stature is the Shanghai Gold Exchange, which is set to launch a yuan-denominated gold fix later this year.

The rise of this new gold exchange further highlights China’s move to link the yuan to gold, something that has been suspected for some time now.

This all begs the obvious question: As China grows in global stature and purchases more gold than the world produces, could we actually see gold added to the SDR basket of currencies? It’s far from a preposterous question.

If China moves to back the yuan with gold and the IMF doesn’t, we could see the IMF – and all other fiat currencies, for that matter – wane in power.

The momentum is clearly with China. Will 2016 be the year we see the Chinese yuan take the shine off the U.S. dollar? It certainly looks that way.

Fortunate for you, you have time to prepare. If you haven’t already protected some of your savings from the falling dollar, now is the time to move some into Gold. Call us now, or click here for your free information kit.

Did you know we make many of our presentations on precious metals available to the public? View them all on our SlideShare profile.