Home » Blog » What has history taught us about the consequences of withdrawing from the gold standard?

If history has taught us anything; it’s that it repeats itself. In the present day, we are taking a look back into the effects left by former President Richard Nixon, when he decided to leave the gold standard. 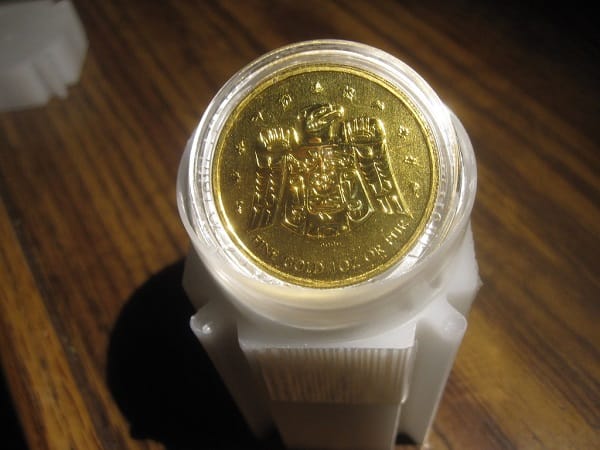 Ignoring history’s lessons – namely, the culprits behind catastrophic events throughout it – can never be prudent. When former U.S. president Richard Nixon cut all ties between gold and the dollar – thereby abandoning the gold standard for good – he chose to ignore the financial disasters other countries went through as a result of similar decisions.

Writing for Forbes, Frank Holmes takes us on a compelling journey through history, and why turning our backs on the gold standard might not have been such a good idea. Holmes brings forth something many remain unaware of – the current fiat currency system in the U.S. is over 40 years old, which is a good deal older than any of its predecessors. Does this mean that the U.S. has developed a better currency printing program, or that we are simply living on borrowed time?

Holmes takes us through two notable cases of money printing and IOU schemes gone awry, both having notable similarities with today’s economy. The first is the case of the first Swedish money printing bank, Stockholms Banco, founded by Dutch merchant Johan Palmstruch in mid-1600s.

Up until this point, the Swedes used copper plates as their currency, but Palmstruch convinced the public that his “metal-backed“ banknotes were a better and more convenient way of trading. The new system didn’t last long – due to the banknotes’ popularity, the bank soon printed more notes than copper supply could cover. By 1664, the bank collapsed and Palmstruch was thrown in jail.

A somewhat similar scenario happened some 50 years later, when Scottish gambler John Law was named head of what was then France’s central bank. It was, after all, the Age of Discovery, and regent Duke d’Orleans hoped Law’s unorthodox ideas would lessen the debt left behind by Louis XIV.

Like Palmstruch before him, Law also focused on printing as many banknotes as he could, although his were backed by French land. As Holmes puts it: “Like many of today’s central bankers, Law was of the opinion that if 500 million notes were good, a billion were even better.“ In spite of extreme measures taken by Law to hold the new system in place, the program collapsed in just four years, rendering the paper money worthless and plunging Law into exile, where he would spend the rest of his days gambling to make ends meet.

Indeed, both of these cases are reminiscent of present-day money printing policies that seek to ‘boost economy’ by creating new currency units. Thus far, the government has presumably shown no sign of wanting to abandon this strategy – if anything, it appears as if the money printing has gradually become worse.

While Holmes admits that the notion of a similar collapse happening in the U.S. is somewhat extreme, he warns that gold supply hasn’t been keeping up with money supply, which could have “huge implications“. As James Turk explained: “Eventually people are going to understand that all of this fiat currency that is backed by nothing but IOUs is only as good as the IOUs are good. And in the current environment, the IOUs are so big, a lot of promises are going to be broken.“

Perhaps, the statement made by J.P. Morgan over a century ago that “gold is money, and nothing else“ still stands true today, despite the greenback being far removed from a gold standard.