Home » Blog » Our Dollar Crisis Deepens: More Nations Turn Their Back on Our Currency

Our Dollar Crisis Deepens: More Nations Turn Their Back on Our Currency

At a disturbingly increasing rate, the world is moving away from the U.S. dollar. What does it mean for our currency’s future? 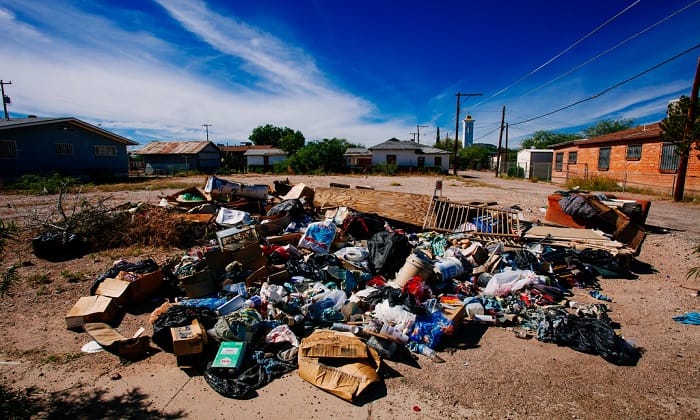 In recent history, for as long as the U.S. dollar has reigned as the global reserve currency, countries have traditionally paid for goods in trade by converting their currency into the dollar. Thus there has usually been a huge (but artificial) demand for the greenback.

But in recent years, we’ve started to see the tide turn. The BRICS – along with a handful of other developed and developing economies – have opted to settle foreign transactions through bilateral trade agreements. Sometimes they’ve even opted to pay for each other’s goods with gold.

Iran is one of the latest to join the list of countries ditching the dollar. Just last week, their central bank announced that the U.S. dollar will no longer be used to for trading purposes. Instead, Iran will trade in currencies such as the Chinese yuan, euro, Turkish lira, Russian ruble and South Korean won.

Iran hasn’t only made moves towards other currencies. Several years ago, the nation even made moves to establish a gas-for-gold deal with Turkey.

As the U.S. continues to place sanctions on nations all around the world – like Iran and Russia – this trend will continue, with the threatened countries resuming trade with their partners by bypassing the dollar system. They won’t take this lying down.

Even non-sanctioned nations like Germany have begun to subvert trade with the dollar. Recently this close ally of ours announced that they will settle trade with their Chinese partners in Yuan. The Germans are the first from the European Union to make such a move, but how long until other nations catch wind and follow suit?

With so many nations opting out of using the dollar for transactions in recent weeks and months, there has been a huge loss in confidence in fiat currencies all around the world. Consider all of the following: The Russian Ruble is at record lows. The euro had plunged since the ECB announced its $1.28 trillion money printing plan. Greece saw anti-austerity party Syriza win its elections last week, and they may soon make good on an election promise to abandon the euro. And the Japanese yen continues to lose ground with its annual 80 trillion yen monetary expansion policy.

With all of this instability across the board, many have begun heading for the exit out of currencies (backed by nothing but a government’s “promise”) and into gold.

As the Russian Ruble has crumbled in value over the last year, Russia has been buying gold hand over fist. It’s easy to see why they’re choosing to do so: 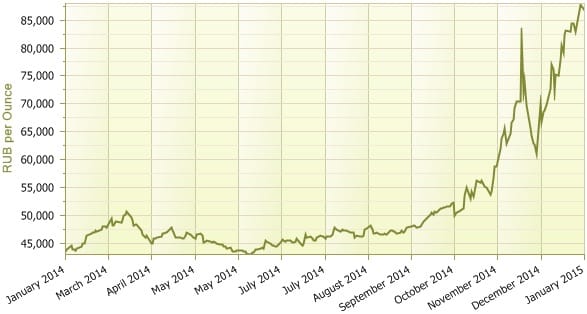 The currency has lost almost a 100% of its value against gold in just twelve months.

At Birch Gold, many of our clients can’t always identify with the example of Russia. They’re our supposed rival. The nation is thousands of miles away. And they’re facing a bevy of sanctions that are crippling the Ruble.

Just look to our neighbors to the north.

Over the same one-year period, the Canadian dollar shows us what may be in store for the U.S. dollar. 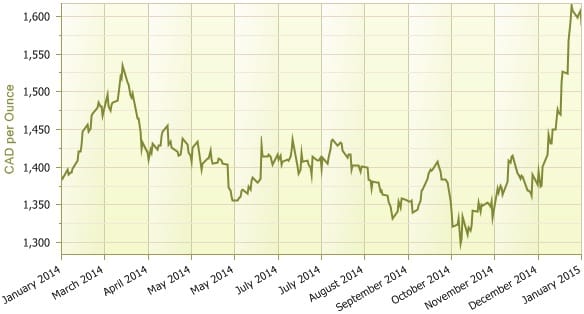 Note how quickly prices move in these charts. With the currency wars only intensifying, these are illustrative of how currencies can turn on a dime – even the U.S. dollar.

As the list of nations moving away from the dollar continues to grow, we all need to make a choice: Do you want to fight through the biggest currency war in human history – in which you’ll almost certainly lose through devaluation of the dollar – or do you want to buy tangible assets like gold, a currency that has held its value for thousands of years?

If you want to protect what you own with a wealth-preserving asset like precious metals, do it before the masses wake up to what is going on. Call us now, or get a free info kit on gold when you click here.

Get even more news from Birch Gold Group when you search from Google when you follow our Google+ page.