Home » Blog » During a Currency Crisis, This is Tremendously Helpful

During a Currency Crisis, This is Tremendously Helpful

As Canada suffers through a currency crisis, one notable result is the tremendous benefits of holding gold. How does this apply to you? Find out here. 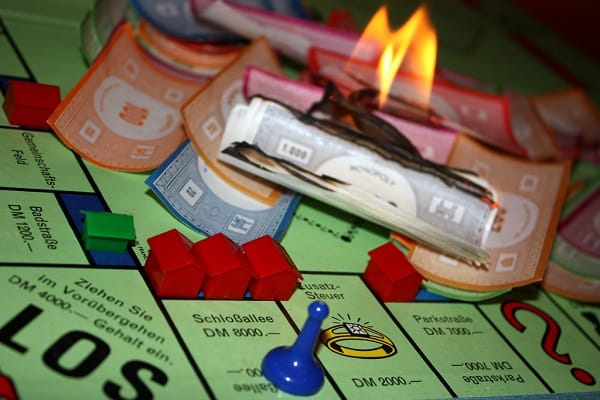 Gold always works during a currency crisis. It has been proven over and over again throughout history, that when people fear the value of their fiat currency issued by the government, they substitute another currency that will maintain its value in a crisis. Gold has been that substitute for thousands of years.

This phenomenon can be seen clearly today — not currently in the U.S. financial markets but north of our border, in Canada. The Canadian currency, or the Loonie, has been in free-fall for months now.

There are several reasons for the Canadian dollar’s fall, the primary being the nation’s over reliance on the energy sector. With the price of crude oil in the $30 range and very possibly on its way to the twenties, the situation is not going to get better any time soon. In addition, Canada does not enjoy the same position that the United States does in the global financial and currency regime.

The U.S. Dollar has been the global reserve currency of choice since the end of World War II, enshrined in the Bretton-Woods agreements, in an attempt to prevent one of the causes of the great wars of the twentieth century, beggar-thy-neighbor currency manipulation. This has allowed the dollar to act as the cleanest shirt in a dirty pile of currencies.

In other words, in order to conduct trade, nations must own dollars. This creates a false demand. The dollar has also been the best choice among a lot of bad options as nations across the globe struggle with debt and fiscal mismanagement. So far, the markets have ignored America’s own financial problems. But that won’t last forever.

Getting back to Canada, as the nation’s bread and butter commodity goes down the pricing drain, investors are growing increasingly wary of Canada’s financial future. Will it be able to pay its debts? Will it continue to cut interest rates, making its currency less valuable over time?

On the flip side, as the U.S. Dollar has increased in value relative to other global currencies, the price of gold measured in U.S. Dollars has suffered. But when you look at gold measured in Canadian Dollars, the situation looks quite different. Gold has been on quite a price increase tear. This is what happens during a currency crisis.

Could we experience similar events in the U.S.? Well, we have a situation where the debt is out of control, our monetary policy is out of control, the balance sheet of the Federal Reserve is around a shocking $5 trillion. The strong dollar has pushed gold down to very low levels.

Familiar questions start to come about. Will the U.S. be able to pay its debts? Will America have to continue to manipulate its currency to create false economic growth? I could go on and on.

Lacking a serious policy turn-around, where does the U.S. Dollar go versus gold going forward? One can make a case that buying gold at this point in USD is a perfect contrarian play, and smart asset management move.

I learned a long time ago on Wall Street that you sell when everyone wants something, and you buy when no one wants something. When a currency crisis escalates, protecting your savings with a safe-haven asset such as physical precious metals may be your best option.

With the new year just getting started, here are three important things to look out for in 2016.