As the immigration debate heats up, you won’t hear much about another group with U.S. citizenship concerns – those who desperately want OUT 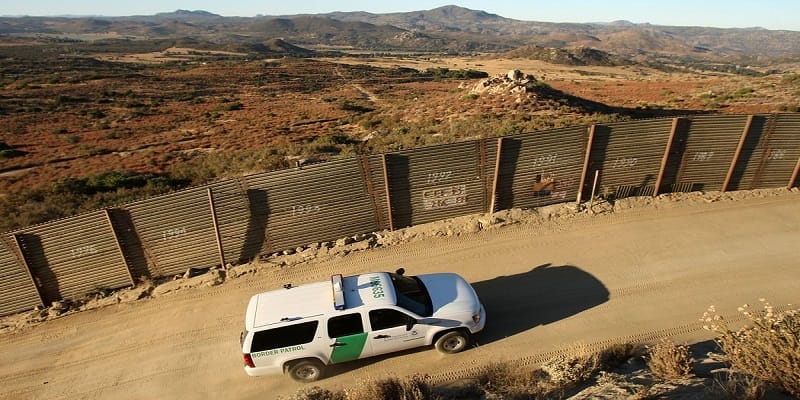 As the debate heats up over immigration and paths to citizenship, you will hear little about another group of people with U.S. citizenship concerns – those who desperately want OUT.

You might be asking yourself, “Why would a mass of people want OUT of American citizenship?” I can give you the answer in one sinister little acronym: FATCA. The Foreign Account and Tax Compliance Act is casting a wide global net, ensnaring anyone with even questionable U.S. citizenship in banking and IRS nightmares. Fines and penalties can add up to MORE than the account balances of the accounts not in compliance. And so, some 5.5 million Americans abroad are seeking to shed any formal ties to the U.S. that might invite the IRS to snoop their accounts. It is estimated that the law will generate some $8.7 billion in extra tax revenue over the next decade.

That extra tax revenue is the rub: Congress cannot control its spending. The printing of money over the last few years has not been working to jumpstart the U.S. economy (shockingly), so the government must find more tax revenue somewhere, as the tax-and-spend death spiral continues. The latest moves on immigration reform send the same message as FATCA, oddly enough: We just want the money.

As inflation begins to hit, watch for these efforts to escalate, and be glad you have precious metals in your portfolio to shield your assets from total ruin.

Obama just announced that he intends to shield some 4 million “dreamers” from deportation and let them work here legally, and of course, (most importantly) pay their fair share of taxes. A “dreamer” is someone who was brought here as a child by illegal immigrants, not born here, but raised here in whole or in part.

Obama’s existing DACA (Deferred Action for Childhood Arrivals) policy defers deportation for many dreamers, but actually obtaining U.S. citizenship is an arduous process that can take years and cost thousands of dollars in attorney’s fees and other expenses. Dreamers are probably the most advantageous group of illegal immigrants to target for taxation. They are established here, educated here, and but for adequate documentation, would largely make great employees and taxpayers in the very near future. Citizenship? Not right now. Taxpayer ID? Absolutely, we will welcome your taxes, by all means. And you’re welcome.

But if you think obtaining U.S. citizenship is hard, try getting rid of it! For all the 4 million illegal immigrants that Obama’s executive order is expected to shield, fully 5.5 million Americans living abroad are considering renouncing their citizenship according to a recent survey by the deVere Group. This is up dramatically in the wake of FATCA. It comprises an alarming three-fourths of all those living abroad!

Why is American citizenship and a U.S. passport now such a burden, when it used to be so coveted? Because now with FATCA, everywhere a U.S. citizen goes, they bring the IRS with them. If that doesn’t make you feel like an international party pooper, I don’t know what will. And so, Americans abroad are renouncing in record numbers while a flood more are strongly considering it. What do they have to go through?

But that is just the easy part. The fee has also gone up, from $450 to $2,350. That is in addition to any IRS “exit taxes” after you file your compliance paperwork. Importantly, if the State Department believes that you are renouncing to avoid taxes, they will restore your citizenship for you, apparently. As if it’s some dirty little sin to try to keep your own money rather than give it to a foreign government where you use no infrastructure, own no property and have no ties!

This is causing not a little bit of angst among certain Canadians. From Forbes:

“The situation is causing stress in our marriage. I have been quoted $7,500.00 to become compliant, and it would cost me $2,350.00 to renounce. They require three years of tax returns and six years of FBARS. I don’t think I need to renounce as I believe that I relinquished in 1993. I cannot vote in U.S. elections, will never be eligible for Social Security or ObamaCare. Yet the IRS wants taxes, interest and fines.

We have no representation in the U.S. and no voice. Ironically, taxation without representation was the catalyst for the Boston Tea Party. We were children when we came to Canada. We are Canadians. Who will be our voice?

Will our bank accounts be closed like others in Switzerland, Germany, England and Mexico? The banks closed those accounts citing the cost of complying. Who says when it is enough?”

Here is an interesting story about Kuwaitis with dual citizenship seeking to shed their U.S. ties.

Truly strange times we live in. So many want to come to the United States and can’t get here and stay here legally, while at the same time, so many are trying to get out and Uncle Sam won’t let them (and their money) go. All because the government can’t control its voracious spending habits and is hoping to soak the rich abroad.

Mostly, they just need more money as the dollar loses purchasing power and Americans domestically are already taxed about as much as they can bear. FATCA and immigration reform are both about the same thing: Increasing the base of U.S. taxpayers, whether they are citizens, residents, use any services or not.

Our government’s money hungry ways don’t bode well for the future of the dollar. Plus, with the Fed continuing to pursue loose monetary policies (even if Quantitative Easing has “officially” ended), an avalanche of inflation is seemingly poised to hit our economy. Are you protected from the ravages of inflation? Give us a call, or simply enter your details here to get a free information kit on gold.

Don’t forget that we share info all week long on our Google+ page. Add us today!