Home » Blog » Nefarious or just incompetent? (Why we lose either way)

Nefarious or just incompetent? (Why we lose either way)

A new court case involving the Federal Reserve makes one thing clear: The actions taken by the people we trust with the dollar can be downright terrifying. 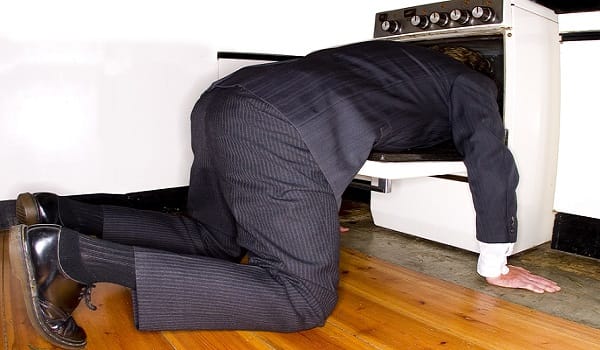 If you ever wondered what goes on behind the closed doors of the Federal Reserve – arguably the most important institution on the planet – well, the whistleblower we told you about last week leaves little doubt that it’s not much different than most of corporate America: Meetings that go nowhere. Deference to customers (in the Fed’s case, Goldman Sachs and other big Wall Street firms). Bosses that fire smart people who speak up, and who promote yes-men and go-along-to-get-along types. Typical bureaucratic inefficiencies that reinforce group think and prevent smart decision making. You know, just your standard bad office behavior.

The tapes released by whistleblower Carmen Segarra were also a stark reminder that the Fed tends to see the banks it regulates as customers, and as people who hold the keys to highly lucrative future job opportunities – not as entities they have much real authority over. The banks are not afraid of the “Big Bad Fed” at all. The revolving door at the Fed equates to a huge system-wide, institutionalized conflict of interest, and this is why the Fed and Goldman Sachs were especially touchy about Segarra bringing up problems with conflicts of interest. Their whole system and way of life is based upon conflicts of interest.

So it is interesting to keep those tapes and the dynamic they reveal in mind when reading about the court case against the Federal Reserve involving the AIG bailout of 2008. Tim Geithner, Ben Bernanke and Hank Paulson took the stand recently to defend the terms of the wholesale transfer of billions of dollars to AIG. Why yes, the Federal Reserve should have to answer for bailing out a private company with public money, especially when $85 billion ballooned to $182 billion when all was said and done, all in the name of cleaning up the mess that this insurance giant got itself into. (And what would have been so wrong with not simply taking a deep breath, letting the company fail and letting other smaller, better managed companies buy up the assets at fire sale prices?)

After the fact, the people need answers. And that’s the goal of these recent hearings.

But this will blow your mind: That is not what this court case is about at all. On the contrary.

This case is brought against the Federal Reserve by AIG in the Federal Claims Court on grounds that the Fed was overly harsh and punitive in its terms with AIG. Can you imagine the unmitigated gall of AIG? To sue the hand that fed it in its darkest hour?

AIG is claiming the Fed violated the 5th amendment by taking a 79% interest in AIG as part of the loan terms. That amounted to a taking without just compensation, says AIG.

In testimony, Bernanke defended at length the Fed’s actions, pointing that actually there were no other offers on the table for AIG. No one else was in a position to come to AIG’s rescue.

Contrast Bernanke’s testimony with that of former Treasury Secretary Hank Paulson, who basically agreed with the charges, but defended the Fed’s actions. To paraphrase: Yes, the terms of the deal were punitive. They were designed to be that way to prevent the obvious and very dangerous risk of moral hazard if they weren’t punitive. Do we really want to encourage banks to take crazy stupid risks, keep their profits and then be able to push their losses on the taxpayer? Is that what we want future banks to expect? Yes, the terms were punitive, you ungrateful incompetent boobs. Next question.

Paulson was on the stand only two hours. He’s obviously not interested in the revolving door anymore.

This is the system and these are the people in charge of your dollar. This is how they spend them. This is the aftermath. AIG petulantly demands, “Give us $40 billion more.” A court is actually hearing this case and taking it seriously. Are you terrified yet?

One possible (but longshot) benefit of this trial is that they are actually discussing whether the Fed’s “Doomsday Book”, which details the power it has granted itself in emergency situations, should be revealed. After all, they are claiming that they have these emergency powers, but they are detailed in a secret, proprietary book. Should the people, and the courts, know about these powers? The Fed is desperate to keep this book sealed.

Now are you ready to add gold to your portfolio? Call us. We can help.