Home » Blog » The financial weapon the U.S. has gifted to its adversaries

The financial weapon the U.S. has gifted to its adversaries

By turning to other nations to finance its borrow-and-spend binge lifestyle, the U.S. has ceded enormous power to its potential adversaries. Now the dollar may soon face checkmate. 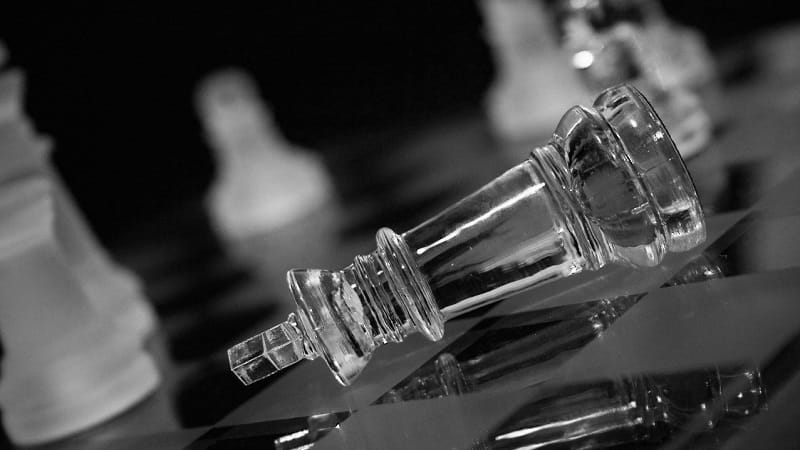 In the past year, with increasing (and disturbing) frequency, we’ve seen more and more cases of totalitarian countries bullying their neighbors. Two of the most prominent are Russia (with their treatment of Ukraine) and China (as they threaten others in the Pacific).

The Western response to these aggressions, especially with Russia, has been to apply financial pressure with sanctions. With the U.S. dollar still the global reserve and commodity trading currency, it’s rather easy for the West to seriously damage a nation’s economy if it so chooses. So naturally, China, Russia and other regimes are looking for a way out from under the dollar’s thumb.

For those nations who want to escape their dependency on the dollar, it’s not quite as simple as dumping all of their dollar-denominated securities. You see, they own so many of them that a one-time dump would devastate the market. So instead, they slowly hit the bid and reduce their holdings over time.

This is precisely what has been happening over the last year with eastern holders of U.S. Treasuries.

Back in December, Socgen spread a rumor that Russia has begun selling its gold. Subsequent IMF data showed that not only was this not correct, Russia in fact added to its gold holdings. But there was one thing it was selling: some $22 billion in US Treasurys, a record 20% of its total holdings, bringing its US paper inventory to just $86 billion in December – the lowest since June 2008.

The article notes that China has joined in the selling frenzy and has reduced its own holdings of Treasuries to levels similar to January 2013.

Over the last several decades, Russia and China have been important sources of demand for U.S. bonds, and have in large part acted as the primary “bankers” who have enabled the United States’ borrow-and-spend binge lifestyle, which has seen our sovereign debt run up to almost $20 trillion.

So it’s natural to ask: What happens if China, Russia and other emerging markets not only stop buying U.S. bonds, but begin to sell them en masse?

No longer would our government have any leverage over those nations. And the move would deliver a devastating blow to the United States, the value of the dollar, and the majority of citizens living within its borders.

In short, we have handed our possible adversaries a MASSIVE weapon to use against us.

What do any of these geopolitical maneuvers of currency wars and de-dollarization mean to you, as an ordinary American citizen? Just think about market principles. If there is a huge seller of something you own, it’s going to lose its value right? Well, that is what is going to happen to all our YOUR dollar-denominated assets if Russia, China and other countries keep selling. Your assets are going to lose value. That is not even counting the economic havoc that could come our way and also affect the value of any stocks or bonds that you own.

This is precisely what the majority of American citizens would experience under such a scenario. But for the minority that prepares now, they can do so by putting at least some of their savings into assets that won’t be hit by the coming turmoil.

Perhaps never more so than in this case, gold can be an invaluable asset to own. Just as Russia and China are selling U.S. Treasury bonds, there is mounting evidence that both nations are increasing their holdings of gold, thus reducing global supply.

As more nations increase their gold reserves, as demand from individuals picks up around the world, you don’t want to be the last guy on the train; make sure you own at least some gold now. If the selling of dollars intensifies, you’ll be glad you did.

Want to learn more about investing in precious metals? Join this live discussion on why you may want to move some of your savings to silver.