Are the Hong Kong riots a Trojan Horse to maintain dollar supremacy?

Students are flooding the streets of Hong Kong in protest. But for what? You may be surprised by how we connect the dots. 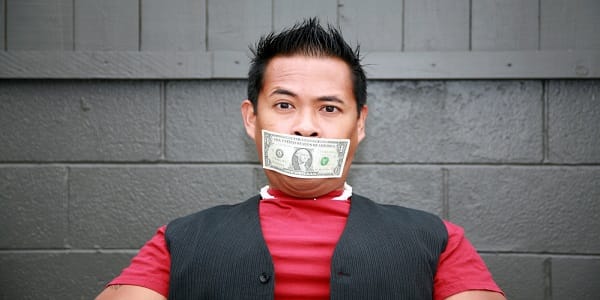 Does something seem off to you about the Hong Kong protests?

There certainly are signs that all isn’t quite right. Think about it: The top-ranked freest and richest place on the planet is having disruptive student-led protests for greater democracy? Democracy is great and all, but it doesn’t necessarily lead to more freedom and prosperity. Plus, Hong Kong seems to be doing quite well in that regard (relatively speaking, of course). So what exactly is getting thousands of students out in the streets day after day? Usually protesters are compelled by… something more.

Perhaps citizens of Hong Kong are really just that hyper-vigilant about good governance. After all, they are beneficiaries of a free trade miracle, a testament to what can happen with less government intrusion and interference. In their small geographic area with very limited natural resources, all it took to achieve burgeoning wealth and industriousness was the most minimal of governments. What an amazing example for the rest of the world! But since China took possession back from Great Britain in 1997, we’ve been holding our breath, waiting for the Chinese statist hammer to come down on them. Of course, they might be a culture of very alert citizens, sensitive to any attempt of the notorious mainland government to seize control and ruin everything. Maybe that really is the reason they are protesting now, to prevent creeping statism and communist control from gaining a foothold.

If that is the case, they certainly deserve a huge degree of admiration from the rest of the world.

However, maybe some other questions need to be asked. Democracy can actually be significantly overrated in terms of free markets and human rights. And it’s not what the United States has. What we have is a representative republic, to safeguard the rights of everybody against an overbearing (and sometimes irrational) majority.

What the United States also has is the world reserve currency, the dollar, that we have printed into oblivion. Most of that liquidity is stored on bank balance sheets at the moment, but if (or when?) a shot rings out one day and brought an avalanche of currency onto the markets, the dollar could become worthless. Behind the scenes, the powers-that-be know this very well.

Behind the scenes, the powers-that-be are very sensitive to any sort of attack on dollar supremacy. Any time someone threatens to sell oil in another currency, or back a currency in gold, somehow there ends up being huge demonstrations for something, whether it’s human rights or democracy or a more open society. And then the United States comes to the aid of the protesters and then bad things happen to whoever threatened the dollar.

Consider this, from Lawrence Williams at Mineweb:

“The launch of Shanghai Gold Exchange trading yuan denominated contracts in the China (Shanghai) Pilot Free Trade Zone Thursday, which has enabled foreign investors to invest in China’s physical gold bullion market, is yet another one of China’s overt moves to dominate the global gold sector long term. It may make a slow start but aims to become the world’s biggest physical gold exchange and is thus is in itself a move towards reducing the influence of COMEX and the LBMA on global gold trade and pricing and move the centre of gravity for this eastwards. Similar moves to set up new international gold contracts in Singapore and Hong Kong will further accelerate the move in gold trade to east Asia.”

“So why is China so keen on gold? Historically gold holdings have been the primary indicator of a country’s financial position in the world. It is notable that the U.S has by far the world’s biggest official gold reserve and dominates world trade. If China is to usurp this position, which we believe to be its long term aim, it feels the need to build its gold reserves to cement its place in the global financial hierarchy. Even though economists may disparage gold as irrelevant it is notable that the central banks of most of the world’s biggest economies hold substantial reserves of the yellow metal and show no inclination to dispose of them.”

This makes China the biggest threat to the dollar since Muammar Gaddafi. It is just easier for our CIA to agitate in Hong Kong than it is in the heavily state-controlled mainland. It’s a theory…

In any case, what is clear is that major geopolitical forces understand the power of gold and how to make it work for them. Make it work for you and your family as well. Call us today to add it to your portfolio.