Home » Blog » Japan Has Fired Up the Printing Press: What Could This Mean for the Dollar and Gold?

Japan Has Fired Up the Printing Press: What Could This Mean for the Dollar and Gold?

In a dramatic attempt to stimulate its economy, the one-time poster child of Asian development has bought short-term government debt at a loss. 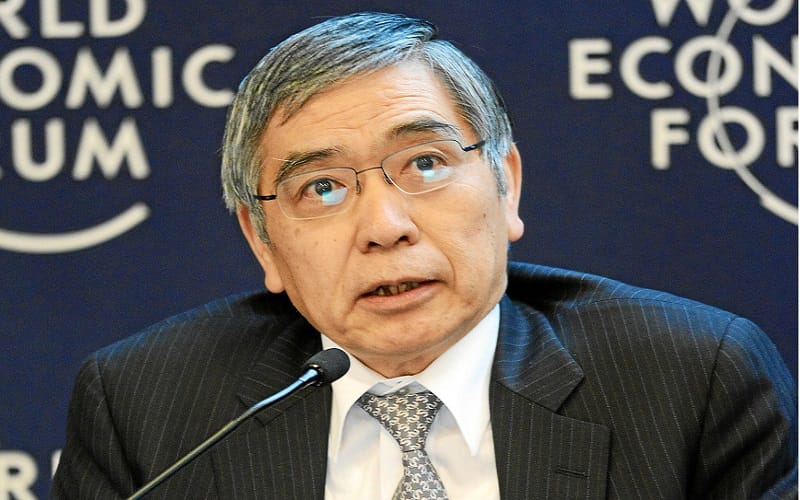 Last week it was the European Central Bank that started pumping serious money into its ailing markets with mass asset purchases and record low interest rates to keep deflation at bay. This week another central bank started the printing press. The Bank of Japan (BOJ) purchased three-month Treasury bills for more than their redemption value, according to market participants – another dramatic step in its unprecedented effort to fight deflation.

In a perfect world, investors who buy debt expect their money back plus some interest, but the BOJ bought at a negative yield, which means at a loss. Why? According to the Wall Street Journal, traders say the bank wanted to show their determination to do whatever it takes to boost inflation rates and stimulate the economy.

Then on Thursday, Bank of Japan Governor Haruhiko Kuroda fueled speculation of even further steps toward monetary easing.

“Should conditions emerge where the target becomes difficult to meet, we are ready to make without hesitation adjustments to policy, additional easing or whatever,” Kuroda told reporters after a meeting with Prime Minister Shinzo Abe.

Central banks around the world are desperate to achieve their targets. Their intentions are clear: printing more money and creating more debt in their attempts to dig out of recession. Ben Bernanke famously said in the context of Japan’s economy that if things got really serious, you always have the option to print more and drop it from helicopters. Believe it or not, some economists and financial managers are proposing just that concept. “People know that inflation erodes the real value of the government’s debt and, therefore, that it is in the interest of the government to create some inflation,” Bernanke said in a speech to address deflation concerns in 2002.

When a government invents more money on the spot, it devalues its currency – that’s a given. But what’s worse, as we explained last week, is that other governments react to this by devaluing their own currencies to stay competitive. This triggers a cycle, a race to the bottom that erodes people’s savings and financial security.

Stephanie Pomboy, founder of MacroMavens, made a very chilling prediction in 2012 about the end of paper money and a return of the gold standard. Her idea was that if debtor nations keep devaluing their money, the creditor nations would call for a return of gold-backed currencies. Pomboy’s prediction may still come true, with its five-year window closing in mid-2017. China, the United States’ biggest creditor, and Russia have been stockpiling gold for a while.

In fact, central banks around the world have been the biggest buyers of gold this year – they know that their fiat currencies are becoming as worthless as the paper on which they are printed. Gold, on the other hand, has a limited supply – by some estimates all the gold in the world could fit into a stadium. That’s why many investors have gold in their portfolios; they know that gold is a great way to shield against value erosion caused by mass-flooding the market with free money.

And when you are ready to protect against the dollar, our own fiat currency, give us a call or get a free investment kit here. Of if you want to learn more about precious metals, we have some invaluable info to share with you on our YouTube page.

To fix the economy, let’s print money and mail it to everyone

Get Ready For The Gold Rebound