Home » Blog » When misinformation can be deadly for your nest egg

When misinformation can be deadly for your nest egg

With the Japanese sparking a whole new round of currency wars, the expected reaction from the United States could cause the value of the dollar to plummet even further 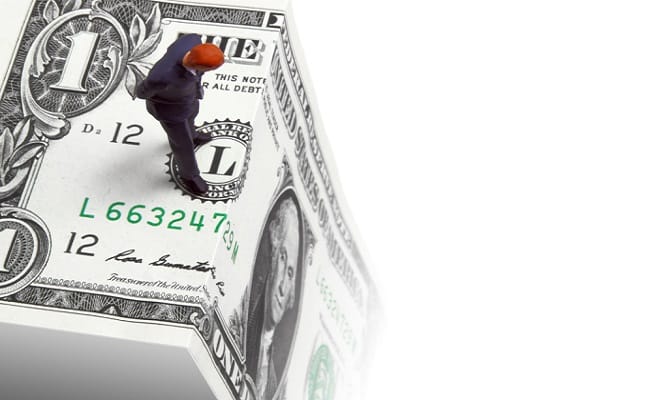 Now that Quantitative Easing has “ended” and talk from the Fed seems to suggest they are considering finally raising interest rates to something above effectively zero at some point next year, Japan has begun a massive campaign of devaluing their own currency. Calling this effort “massive” may be an understatement. In late October, the Japanese announced that they wanted to increase their monetary base to 350 trillion yen. Keep in mind that our own massive QE expanded our monetary base to the equivalent of 450 trillion yen. Then consider the comparative size of the U.S. economy to the Japanese economy.

It has certainly gotten the attention of the financial world. It elicited a downgrade from Moody’s for Japan.

What are the Japanese thinking?

The Japanese are fantasizing, as all central bankers do, that with just MORE monetary policy (money printing), they can fix an economy. The only possible explanation, in a central banker’s mind, for the economy not being fixed is not enough monetary expansion. This foolish notion is now being put to the ultimate test in Japan, the land of long-term stagflation.

This is also sparking the currency wars anew: China cut its rates in response. South Korea has cut its rates twice since. The dollar is noticeably strengthening alongside these other weak international currencies. This will put predictable pressure on the Fed to weaken the dollar against these currencies in order to appease what’s left of our exporters. And because of the manipulation of official inflation numbers, there is a huge danger that the Federal Reserve will feel well within its bounds to inflate the currency to staggering degrees to keep up (or down, as the case may be) with Japan. They will say they are saving manufacturing and export jobs with little downside because after all, in their minds, there is no inflation.

They are believing their own press.

And yet our official figures, on which government policy is made, show none of this inflation.

Businesses understand that when they use the official numbers to make decisions and those decisions lead to terrible results, they have to operate on better assumptions. They have to operate based on numbers that reflect reality, not some government bureaucrats’ wishful thinking. That is why there are independent services such as Shadow Government Statistics.

Unfortunately, when the government makes bad decisions based on faulty assumptions, the decision-makers face absolutely no repercussions at all, and the blame gets shifted everywhere else.

And so we are being set up for another round of terrible decisions set off by bad policy in Japan and justified by pretty little lies that the Bureau of Labor Statistics likes to tell. The currency race to the bottom has real consequences for businesses and the average guy on the street. The pain is being felt and will be felt more intensely for a long time to come. Get ready for those prices at the store to head north, along with every fee you pay and bill you owe.

The purchasing power of every dollar in your wallet and in your portfolio is about to be pummeled yet again. The best defense for most Americans against these forces is to hold on to something not subject to bad government monetary policy, not vulnerable to being inflated away. Gold has fit that bill for thousands of years and is still one of the best insurances against inflation available for you today.