What the Huge Drop in Gas Prices Mean for the Dollar

As non-Western countries are trying to move away from the dollar-denominated energy trade, is this the beginning of the fall of the petrodollar supremacy? 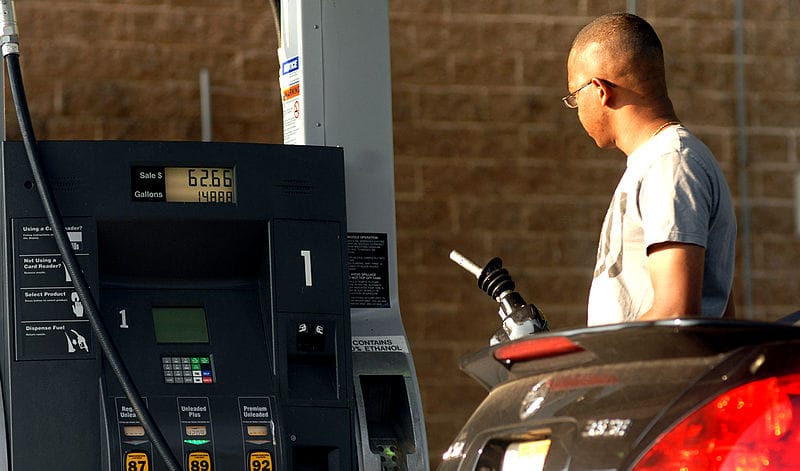 Gas prices have been falling for months, and they are expected to keep plunging by the end of the year, possibly falling below $2 per gallon in some parts of the country. The large drop in gasoline prices was caused by sinking oil prices worldwide.

As of December 2nd, the national average price for a gallon of unleaded gasoline was $2.75. And, given the recent plunge in oil, AAA forecasts that gasoline could drop an additional 10 or 20 cents in the weeks ahead.

If you think about it, a national average of $2 per gallon doesn’t seem radical at all.

The main reason for the cheap gas, not surprisingly, is the falling price of crude oil. Brent Crude is now down 44 cents to $69.48, well below the $70 considered by many as a threshold. Brent has fallen 37% this year.

American consumers of course will be pleased to receive the cheap gas as an unexpected holiday gift. However, some of us are worried about something deeper, more profound happening in the global energy market arena where the huge price drop in oil could become the straw that breaks the camel’s back. We are talking about “a profound transformation of the global monetary system,” as Huffington Post author Alastair Crooke calls it, that could put an end to an era, the era of the dollar as a World Reserve Currency.

The pillar of American world dominance, the U.S. dollar, largely depends on its status as the international World Reserve Currency. And the foundation for this status is our currency’s unique role as a petrodollar – “our paper dollars for your hard asset oil.”

The petrodollar is under serious threat, driven by the need of powerful non-Western countries and alliances to reduce their economic dependence on the West, a dependence underlined by the U.S. dollar’s monopoly in energy trade.

Today more than ever, countries like Russia and Iran need to shake off this dependence as economic sanctions are increasingly becoming part of the West’s arsenal. Non-Western countries have come up with a solution that could end all their pain and nullify the impact of sanctions – non-dollar trading.

Russia’s President Putin has said that he views the dollar monopoly as damaging to the Russian economy. He has already struck important energy trade deals with China that will further solidify the high level cooperation between the two countries. The biggest energy deal, part of a long string, was struck in May for $456 billion of Russian gas between Russia’s state-owned Gazprom and China.

China has been promoting the yuan as an alternative to the dollar as a reserve currency – a higher status of the yuan would give the country cheap access to global capital markets, lower transaction costs in international trade, and eventually solidify its place as a world economic power. Last month the central banks of China and Russia signed a yuan-ruble swap agreement worth $150 billion that will double the volume of bilateral trade, which according to analysts will help Russia get around dollar-trading. In June, China and Brazil agreed on a $29 billion currency swap, which was part of China’s effort to promote the yuan.

Let’s go back to the cheap gas and oil. The drop in oil prices is killing the currencies of non-Western oil producers, and according to Alastair Crooke, Saudi Arabia’s recent decision as a leader of OPEC not to defend the $100 per barrel price of oil will likely be interpreted as an “oil price war” by President Putin. And this could lead to a Russian and Iranian challenge to the Saudi’s leadership of OPEC and to the petrodollar system.

What led to the rise of the petrodollar system?

After World War II, the dollar became the world’s reserve currency because the United States held the largest gold reserves. For a while the dollar was pegged to and exchangeable for gold – $35 for an ounce. In 1971, after a series of economic measures taken by President Richard Nixon including canceling the convertibility of the dollar to gold, the dollar became a fiat currency. In 1973, in an effort to boost the value of the dollar, Nixon stuck a deal with Saudi Arabia that the Saudis would denominate all future oil trade in dollars in exchange for arms and protection. Subsequently, other OPEC members agreed to sign similar deals, and this created a global demand for dollars as a store of value. In other words, the U.S. dollar was now backed by black gold.

For a number of reasons we already mentioned, including the growing conflict of interest between the West and the East, not to mention the controversial loose fiscal policies of the Federal Reserve, big oil-producing countries started accumulating hard assets such as gold. The “established re-circulation of petrodollars back into the U.S. financial system came to an end” this year, according to BNP.

And as the United States and its allies in Europe continue to accumulate debt and print trillions of paper currencies, China and Russia have been significantly expanding their gold reserves. Russia’s central bank alone has bought more gold over the past decade than anyone in the sector.

Expansion of gold reserves will eventually have an impact on both the ruble and the yuan as gold-backed alternatives to the dollar – not to mention that in the case of Russia, the ruble is also backed by oil and gas.

Do you still think that cheap gas is good for the long term? If your savings aren’t protected from what may come, consider exchanging some of your dollars for gold. You can start today by requesting our free information kit here.

For breaking news stories on the market of gold and other precious metals, join us on Facebook.

Non-Dollar Trading Is Killing the Petrodollar — And the Foundation of U.S.-Saudi Policy in the Middle East

The End Of An Era: Is The US Petrodollar Under Threat?

What the huge drop in gasoline prices means for America

Gas Prices Will Soon Drop Below $2 Per Gallon

Could gas prices go as low as $2 per gallon?