Home » Blog » Putin is sick of our “nonsense”; so here’s what he may do about it

Putin is sick of our “nonsense”; so here’s what he may do about it

The United States, in conjunction with the European Union, recently announced further sanctions against Russia and certain Ukrainians because of the situation in Ukraine – and specifically, the downing of Malaysia Airlines Flight 17.

But we need to ask: Is the recent turmoil in Ukraine really why the West has taken action? Or has that merely been a convenient excuse for something else – a different set of real reasons? Because let’s face it, the United States rarely takes an interest in any country’s “democracy” or “independence” unless there is something in it for the U.S.

So what might the real reasons be for the U.S. to take this punitive action? To get an idea, we need to ignore the bluster and look at the facts. 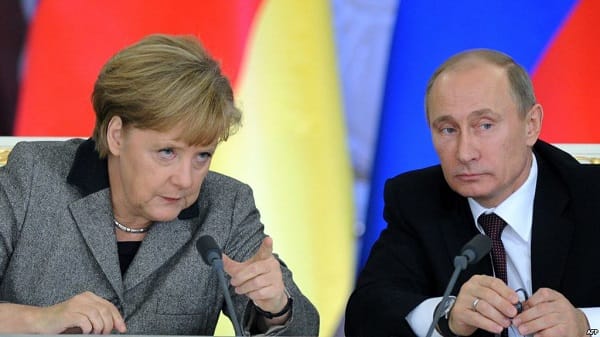 What are the sanctions actually doing? According to this Reuters article, here are a few examples of how they are impacting Russian banks, oil/energy industry and business:

How this plays out remains to be seen, but it can’t be endearing anyone to the dollar – our dollar. This sort of thing does not speak well for intertwining critical trade relations with the U.S.

Really, this is all just typical modus operandi for the U.S. when anyone makes rumblings for energy independence or especially, dollar independence, which Russia has been doing a lot lately.

It may backfire heavily. Surprisingly, our critical “ally” Germany, has been in talks with Russia about land security for energy security. (Where have we heard that genius bargain before?) In other words, Russia would play Saudi Arabia, and Germany would play the United States in this coup against the current world order. We’ll see how that works out, but no doubt Russia is sick of our nonsense, our intervention, and our accusations. Oh, and our dollars. They are sick of our dollars, for sure, because that means always having to play by our tune.

Don’t expect Germany to be too concerned about U.S. relations after last year’s NSA wiretapping revelations. Angela Merkel did not take too kindly to having her phone tapped. That was just rude. Who wouldn’t take that personally, especially after having it shoved in her face so publicly?

Yes, that might seem silly, but really, missteps like these affect international relations and that affects the dollar – our dollar.

Do you believe there is some deeper wisdom at work here that will all be revealed in time? Will everything work out for the best in the end, due to the sagacity and temperance of our leadership?

Or, are we all at the mercy of a bunch of novices who are in way over their heads?

Just in case it is more the latter than the former, own gold. Call us for a free, no obligation information kit today. Or simply request your free kit online by clicking here.