Home » Blog » How the “strong” dollar is crushing the U.S. economy

How the “strong” dollar is crushing the U.S. economy

At first, the news sounds great: The dollar is currently stronger than most other currencies. But what are the implications for our economy? 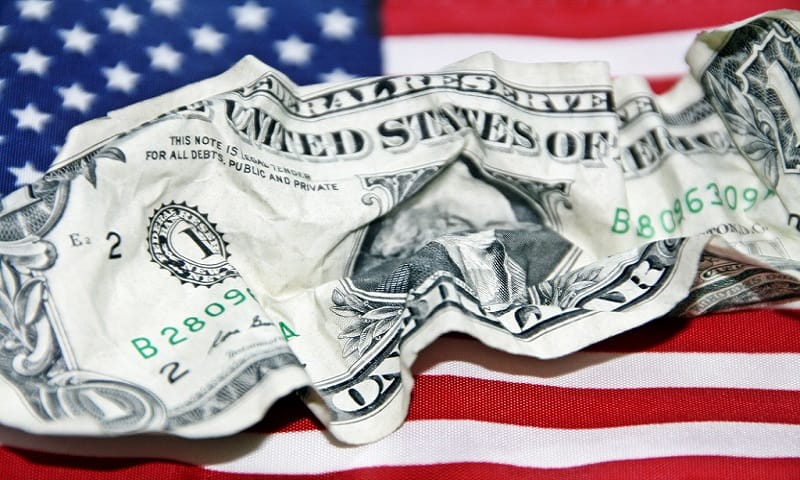 In recent months, the rising value of the dollar has been a talking point in the mainstream media, with the reasons often cited for its supposed strength including claims of a recovering economy and effective fiscal policy.

However, those of us with any kind of a finger on the pulse of the economy know that the only reason that the dollar is considered “strong” is because it’s currently the best of a bad lot.

To put it in plain terms, our currency is no better than the cleanest dirty shirt in the laundry. Consider some of those “dirtier shirts”…

Europe is facing increasing instability, with nations like Greece experiencing revolutionary change politically, the ECB recently announcing its €1.1 trillion ($1.28 trillion) plan of Quantitative Easing until (at least) the end of Q3 next year and Russia facing a ruble crisis, which has been spurred on by plummeting oil prices and economic sanctions. And in Asia, the Bank of Japan has been injecting 80 trillion yen ($723.4 billion) into the economy each year to fend off deflation.

Is This a Strong Dollar – Or Is Everything Else Falling Faster?

As a result of these manipulations by central banks all over the world, amazingly, the dollar is actually seen as a safe haven these days, as it offers relative stability compared to other currencies.

But if you’ve been following the news we publish each week, you know the U.S. dollar is currently anything but a long-term safe haven.

How the “strong” dollar is wreaking havoc on our economy

The dollar is currently at a level that makes American businesses uncompetitive on both the global and local stage. To add fuel to the fire, companies deriving revenue abroad are seeing their profits diminished due to the foreign exchange rates.

Now our trade deficit is at a two-year high, as it’s much cheaper for us to import goods.

This week brought worse news for what the dollar is doing to our economy: A record 87% of S&P 500 companies that have issued their guidance for Q1 are warning that their results will likely be off. And don’t forget, there are numerous indicators flashing red alert that the stock market is overpriced.

Some major players that are already feeling the pinch are Caterpillar, Microsoft and Proctor & Gamble. IBM and Johnson & Johnson have also sounded warnings that they are likely to face similar problems.

How will the Fed counter the growing crisis?

For some time now, the Federal Reserve has hinted that they will raise interest rates later this year – but this could be economic suicide. In fact, many prominent economists, including Jim Rickards, are calling the Fed’s bluff and have instead predicted that we will see QE4 launched early 2016, if not sooner.

With nations fully engaged in currency devaluation, most recently joined this week by the Reserve Bank of Australia, the Fed will likely be forced to act and devalue the dollar in order to remain competitive in the global marketplace.

With the dollar currently maintaining its “strong” position against other currencies, you have a few choices: You can take a quick overseas vacation (Russia anyone?) and enjoy the favorable exchange rate… or you might want to convert your overvalued dollars into undervalued assets like gold and silver. As always, the choice is yours.

Did you know our exclusive interviews are published all around the Internet? See highlights of our interview with Jim Rogers here.