Texas to New York: “Give Us Back Our Gold!”

As representatives in the Lone Star State become more concerned about the falling value of the dollar, they’re quickly moving to “become” their own central bank by repatriating their physical gold. 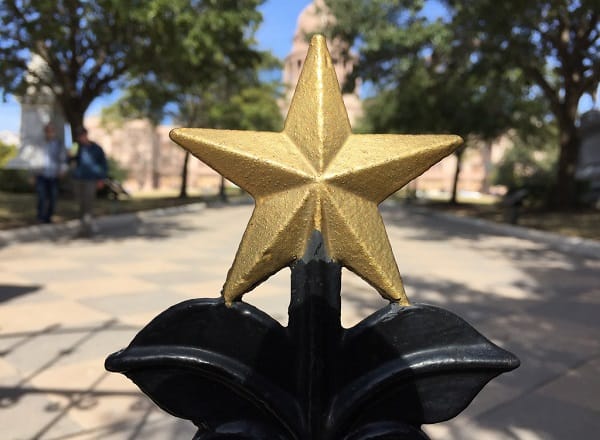 In the past few years, we’ve seen a groundswell of nations demanding their gold back from the New York Federal Reserve. Already, that list includes Germany, Austria, Netherlands, Belgium and Venezuela. Now another place is joining the list, but it isn’t a country: It’s the state of Texas.

The Lone Star state of Texas wants its gold back – a whopping $1 billion dollars of it. So this week, Texas state legislators passed a bill to set up a gold depository in the state.

First introduced by State Representative Giovanni Capriglione, House Bill 483 has now been approved by both the House and the Senate.

Asked about the bill, Capriglione said, “We are not talking Fort Knox… but when I first announced this, I got so many emails and phone calls from people literally all over the world who said they want to store their gold in a Texas depository.”

The bill is now headed to the desk of current Texan Governor Greg Abbott for consideration.

Should Abbott hold a similar view to that of Rick Perry, the former Texas Governor (and 2016 Presidential hopeful) that he replaced, the bill will almost certainly become law.

Rick Perry has been vocal about Texas repatriating its $1 billion of gold held at the Fed, saying that it would “give the state a reputation as being more financially secure in the event of a national or international financial crisis.”

“If we own it,” Perry said, “I will suggest to you that that’s not someone else’s determination whether we can take possession of it back or not.”

The other nations cited at the beginning of this article would no doubt agree with Perry on this. And don’t forget about China and Russia, two rising powers who have both been hoarding the metal hand over fist.

While China is generally keeping its purchases a secret, the head of Russia’s Central Bank announced this week that the country is seeking to increase its gold reserves to from its current $360.5 billion to an astounding $500 billion.

Clearly there is a global scramble to take physical possession of the gold that various entities own.

It’s also interesting to note exactly who owns this $1 billion of gold, because it’s actually just one entity: The University of Texas. Currently, UT’s endowment holds just under $1 billion of gold stored at the Fed.

Kyle Bass, a Dallas hedge fund manager and member of the endowment board at the University, was instrumental in convincing the UT to invest in the precious metal.

Bass shot to fame in the financial world by making an estimated $500 million when he foresaw the subprime-mortgage collapse.

At the time the University made the purchase, Bass said, “Central banks are printing more money than they ever have, so what’s the value of money in terms of purchases of goods and services?” He went on to say, “I look at gold as just another currency that they can’t print any more of.”

The money printing from Central Banks around the world has only accelerated since Bass made those comments.

So what do all these nations repatriating gold, including the state of Texas, see in the yellow metal? Why are they so keen on bringing it home?

For one thing, many of them likely see the writing on the wall for fiat currencies around the world, and that gold may once again reclaim its place as the one honest form of money.

Within the United States, it appears that Texas will be leading the way.

Under a recent bill introduced by State Senator Konni Burton, citizens would be able to use gold and silver as legal tender, which is still permissible under the Constitution.

Burton announced at a Senate hearing that, “Federal monetary policies, such as persistent deficit spending, lead Texans who save their money in U.S. dollars subject to long-term devaluation of that money.”

Now, if you think the dollar has already been devalued, you need to see this shocking video of what a Senior Obama official told Kyle Bass: “We’re going to kill the dollar.”

Some of our clients have shared some great feedback on their experiences with Birch Gold Group on our profile at YellowPages.com: Click here to read the reviews.

photo credit: You get a gold star, Austin via photopin (license)