This rare, first-person perspective from the ground in Ukraine reveals not only the economic hardships of its citizens, but also what Americans can do right now to prepare for a similar fate for the dollar. 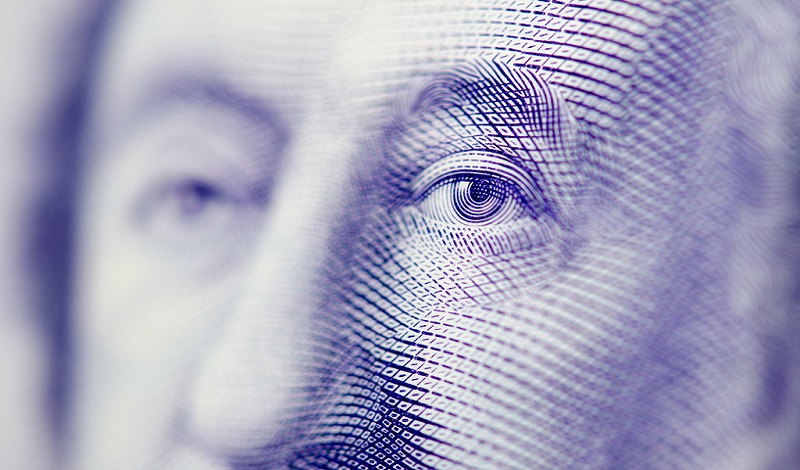 When I traveled to Ukraine six months ago, the Ukrainian currency, the hryvnia, was approximately eight to the dollar. A few weeks ago, on my recent trip back to the former Soviet republic, the hryvnia hit as high as 34.

This is what a real currency crisis looks like.

The Ukrainian population is shell shocked; they are deer in the headlights, unable to plan or hope for the future. Their only concern is survival, to survive the day that is.

On my recent trip, on my way into the city from the airport, I asked the taxi driver how people were doing. “Nobody knows what’s going to happen,” he responded. “We are struggling to even put food on the table.”

Inflation in Ukraine hit 25% in 2014, and it’s going to be worse this year with 300% devaluation in the currency. Most of Ukrainian industry in located in the east, which is now controlled by the separatists. So almost everything is imported. This has devastated the family budget. People are having to make hard choices about where they spend their money. Do I buy meat for dinner, or can I substitute buckwheat instead?

The reason for this human catastrophe is serious mismanagement of the Ukrainian economy. The government is corrupt; to the detriment of the man on the street, every politician has their hand in the pie. Ukraine is also out of money. At last count, they have $7 billion in foreign currency left in the bank to handle foreign payments. They cannot pay the debts they have and are begging for money from international creditors.

I’m afraid to say it, but this will not end well unless the West decides to play the white knight and ride to the rescue.

Meanwhile Russia keeps the pressure on the central government in the East. Russian security services are now trying to destabilize Kiev with bombings in nearby major cities and other examples of unrest.

The point is simple: The average Ukrainian is hurting. Many citizens have borrowed money in dollars from overseas banks and now cannot pay their monthly mortgage payments, which have generally increased by 300%. They barely can support their families, and some wonder where they next meal is going to come from.

This is what happens when your currency becomes worthless.

I also have recently spent time in the Russian Federation. Russia has a stronger economy than Ukraine, but the people are really starting to feel the economic pain. Hospital staffs have been cut back. The availability of pharmaceuticals has been reduced. One of the major social issues in Russia right now is the suicide of cancer patients who cannot get access to pain relieving narcotics. Those who can no longer live with the pain take their own lives.

The only thing not being cut back is military spending. One of the major stories over the last few months has been the run on big-ticket items, like televisions and automobiles, in order to protect one’s spending power. If your money is going to lose much of its value, why not put the money into a car to protect your wealth?

Think about your savings, whether it’s for your children’s’ college education, or your retirement, or your healthcare. What if it suddenly lost all its value?

It can happen here.

We are almost $20 trillion in debt. Our economy is barely growing. The benefits we accrue from calling the dollar the global reserve currency are disappearing due to fiscal and monetary mismanagement. Our financial markets are supported only by a Federal Reserve that is rapidly increasing the money supply.

This will not end well.

So what should you do to protect yourself? Well let’s get back to Ukraine, where the crisis is at its worst. A recent article from Zero Hedge puts it plainly:

“As Ukraine’s socio-economic situation goes from worst to worst-er, today’s announcement by President Poroshenko that the government will take actions to stabilize the currency has Ukrainians rushing for the exits into precious metals… with only one goal in mind – wealth preservation.”

It’s a simple equation. During this time of extreme currency devaluation, Ukrainians are buying gold – the only currency to hold its value in a fiat currency crisis.

If the same fate befalls the dollar – even if not to the same extreme – are your savings protected with at least a little precious metals? If not, give us a call now and find out how you can add gold to your nest egg.

NEW WEBINAR: If you missed last week’s webinar on silver, don’t miss out again! We have a brand new discussion coming next Wednesday – How You Can Protect Your Savings with Gold. Click Here to Get Your Name on the List.