As bans on cash increase throughout the world, the situation in Greece offers clear insight into what you can do to protect your savings. 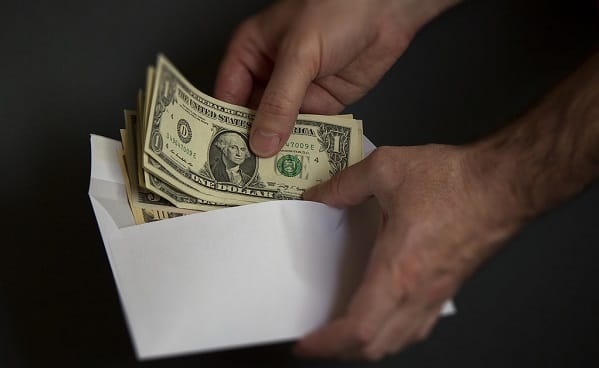 Over the past few months, as governments and bankers lose grip on the failing monetary system that is surviving only on the back of record low interest rates and excessive money printing, the ‘war on cash’ has been escalating around the world.

Why such disdain for cash? A society without cash is the dream of bureaucrats in many levels of government – even the IRS. Former Congressman Ron Paul puts it plainly:

“The cashless society is the IRS’s dream: total knowledge of, and control over, the finances of every single American.”

Many other financial experts and analysts also predict that a cashless society will lead to totalitarianism and total control for those in power.

So how do we protect ourselves – at least in the interim – as society battles out what the future may hold?

Most recently one of Britain’s most senior fund managers has come out and announced that ‘it’s time to hold physical cash’.

With over £4bn under his control, Ian Spreadbury undertakes deep investigation into the market and what future events are likely to unfold.

So when he makes such bold statements regarding holding physical assets, it’s critical that you pay attention:

“Systemic risk is in the system and as an investor you have to be aware of that.”

Spreadbury’s warning is far from unfound. In fact, we’re currently seeing this play out in real time, as Greeks have been rushing to withdraw their cash from the banking system.

Recently, a massive $1.1 billion was withdrawn in a single day, as the Greek public fears a default from the EU and collapse of its internal banking system.

Data from the Bank of Greece shows people are pulling their cash out at rapid pace. 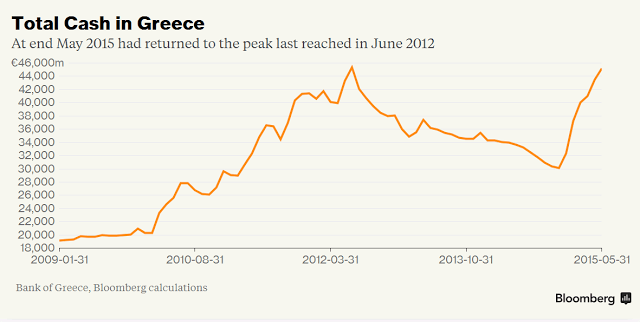 With vast sums of money being withdrawn daily in Greece, it is likely that when the new figures come out for June, the quantity of cash will be at all-time record levels, even surpassing the levels seen in the nation’s 2012 debt crisis.

Prime Minister Alexis Tsipras’ has already ordered his administration be proactive by launching monetary controls, requiring that local governments transfer all cash reserves to the nation’s central bank. He has also introduced a tax on withdrawals, charging citizens for withdrawing money from the system.

These band-aid solutions are good for buying time, but do little to solve the underlying problem of the failing economic system.

With Greece being touted as a potential trigger point that could bring down the global economy – just as Lehman Brothers did in 2008 – what will happen if the international banking system comes under intense pressure again?

Will governments bail out the banks with trillions of taxpayer funded money once more? Not likely.

More likely is that bail-ins are coming, in which the depositor at the bank has a portion of their funds taken to prop up the bank and keep it functional.

If this were to happen, will you be able to withdraw your cash in time if it is ‘legally’ confiscated by a desperate government?

You’d think this sounds like criminal or illegal activity, but it’s now permissible by law in most nations around the world (including the United States) and has already been used in Cyprus.

This is why holding physical cash is one way to protect yourself from a monetary crisis that many are predicting is just around the corner.

The Greek people, as shown above, are already taking this advice and ‘stuffing cash under the mattress’.

Another way to protect your assets – as Spreadbury mentions and the Greek people are undertaking – is to own real physical money in the form of gold and silver.

As the oldest form of money in the world, gold and silver are seen as being superior to fiat currency in preserving ones wealth during times of great economic and monetary change.

There have been over 600 fiat currencies throughout history. None has stood the test of time. Gold and silver have. Is now the time to put some of your savings into physical precious metals?

Every day, we post important and relevant information on our Google+ page. Be sure to Follow Us Here.