Home » Blog » The War on Savings Is Now Fully Unleashed

The War on Savings Is Now Fully Unleashed

If you thought the Fed’s money printing was bad enough, you’re not going to believe the drastic step our politicians have now pushed them to take. 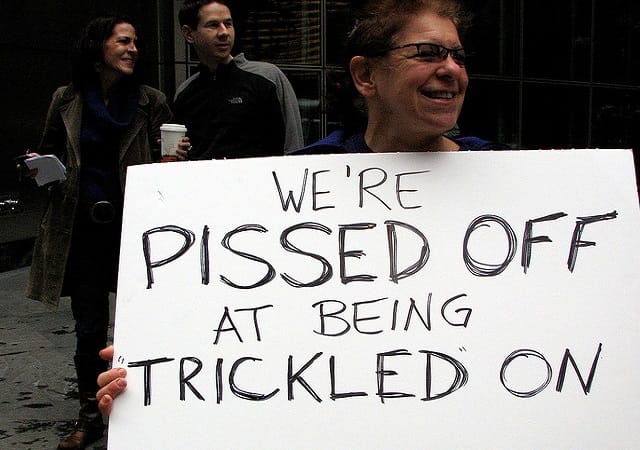 Politics, just by nature of the election cycle, has short-term interests at heart. By that, I mean politicians care the most about conditions during their term. They care about how they can affect the next 2 or 4 or 8 years. And actually, they really only care about how they can make it look like they have made a positive effect for the sake of getting re-elected. “Optics” are the key. How can they manipulate their PR to make it look like they have done something awesome? It’s all about re-election, and the next campaign is always in progress.

That is just the way a representative republic works by nature.

Unfortunately, this is all at odds with your interests, which are long term. You care about your future well-being and living a comfortable retirement – and that might be much more than eight years away. To retire in comfort, you need savings, and savings are a long-term concern.

But politicians want short-term boosts to economic indicators. It makes them look critically important to recovery and economic health. It doesn’t matter in the slightest whether the policies they enact now for the short term will cause some major catastrophic economic event after they have left office. Let that be for the next poor schmuck to worry about.

What I have just described is the basis for what I will call the War on Savings, which is officially underway in the United States. It is also known as NIRP, or negative interest rate policy, but make no mistake, it’s akin to war on your savings.

For years now, the Federal Reserve has kept interest rates incredibly low, effectively zero, making it nearly impossible to invest in any kind of stable, safe savings instrument and keep up with inflation. This is so that you will be heartily discouraged from saving. Spending your cash into the economy is what boosts short-term stats for the Bureau of Labor Statistics (BLS). That’s what the current crop of politicians want you to do. You “hoarding” your cash does them absolutely no good.

And so, instead of paying you smaller and smaller bits of interest on the cash you keep on deposit in the bank, the banks are now backed into a corner, where instead they CHARGE you for the burden of holding your cash!

It has been underway in Europe for a little while now. Not only are they now charging depositors to hang on to their cash, but the banks are actually earning money by borrowing it! They borrow one amount, and pay back a lesser amount! Can you imagine a mortgage or a car loan that worked that way? The more you borrow the less you pay back? Would that affect your decisions on how much car or house to buy? Most definitely!

Talk about market manipulation! There is tremendous danger that policies like this will distort the economy and push banks into incredibly risky behaviors. This is obviously designed to push those cash reserves out into the economy, and after the Fed’s latest round of Quantitative Easing, this could just be the bullet that sends the avalanche of inflation crashing down around us.

And it is now here.

Big banks in the U.S. have begun to tell their customers to move their cash or pay a fee. According to the Wall Street Journal:

“The banks, including J.P. Morgan Chase & Co., Citigroup Inc., HSBC Holdings PLC, Deutsche Bank AG and Bank of America Corp., have spoken privately with clients in recent months to tell them that the new regulations are making some deposits less profitable, according to people familiar with the conversations.

In some cases, the banks have told clients, which range from large companies to hedge funds, insurers and smaller banks, that they will begin charging fees on accounts that have been free for big customers…”

Assets are now liabilities. Debt is saving and savings is debt. Inflation is deflation. Up is down. Nothing makes sense in this global economy anymore. That is, unless you understand that this all comes from extreme short-term thinking sparked by politicians who are in turn responsible for careers of decision makers at the Fed. The future be damned. They want money sloshing around out there NOW.

And of course, your best protection against this kind of foolishness is savings held in gold, kept out of their hands, away from the short sightedness of their political maneuverings. When you have savings in gold, you can rest assured that the worse the economic decisions get, the more rock solid your assets are in the coming inflationary storm.

Don’t forget you can also get our updates on our Facebook page.