Secretly recorded tapes reveal a culture as “bureaucratic, inefficient and counterproductive as the worst caricatures of corporate America.” And these are the folks trusted to manage the dollar? 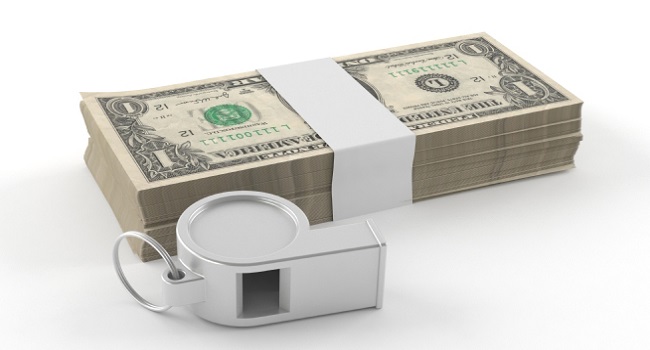 The Federal Reserve System is in control of the U.S. dollar, the reserve currency of the world, the lifeblood of the global economy. It’s a big, big responsibility, a tremendously important job. We all would like to hope that the institution is up to the task, and most people blindly assume that it is. There tends to be this prevailing idea that “They Know What They Are Doing” and that the major players in finance and business hang on their every word.

But then you recall some of the major, catastrophic, economic calamities that we’ve faced in recent times, like in 2008, which took the Fed completely by surprise. And after missing warning signs that a bunch of other people (like Peter Schiff) saw coming like a freight train, the best they could come up with was to throw money at the problem – through bailouts, low/no interest loans and money printing.

Obviously this is not a very sophisticated way to handle monetary policy. Surely, the Fed is better than that. Surely they must have logic and reason and super human intelligence within those hallowed, grey buildings…

We certainly hope for that, but given that the bulk of the Fed’s operations and their most important functions are cloaked in secrecy, how can we really be sure? It is not at all reassuring that an entity with such power and responsibility has no accountability. This is why Ron Paul’s crusade to audit the Fed endures and is so important. And when someone as studied on monetary policy and economics as Ron Paul is started to exclaim that the emperor has no clothes, a lot of people listened and began to question.

Then last week happened, when a fired Fed employee went public with 46 hours of secretly recorded meetings and conversations, much of which confirms what many of us have feared.

Carmen Segarra was placed at the Fed in response to an assessment of why they missed signs of the 2008 crisis. She was part of a new wave of examiners tasked with making sure the right questions were being asked and that important things were not being overlooked. She lasted just 7 months.

What her tapes reveal is a culture at the Fed that’s as bureaucratic, inefficient and counterproductive as the worst caricatures of corporate America. It is an organizational nightmare.

Consider the infamous revolving door between the Fed, big Wall Street firms and banks and the Treasury Department. You might imagine regulators at the Fed doing their jobs just as if they were in an extended interview for their next, much more lucrative jobs at Goldman Sachs and other big banks. And you’d be indistinguishable from right.

There are regulators at the Fed who are paid $150,000 a year to oversee bankers at Goldman Sachs, etc. who make $1.5 million a year and might very well be that Fed regulator’s next boss. About how do you think that would go?

If you understand that dynamic, the tapes are just what you would expect. The overall result is a pretty firm regulatory capture of the Fed by everyone they “regulate.”

At the center of the dust up is a Spanish bank, Banco Santander, which cannot meet its capital requirements, which are based on a percentage of their holdings. To solve this problem for them, Goldman Sachs agreed to take some of their holdings for a while, which has lowered the amount of capital they are required to hold. In other words, they have lowered the denominator instead of raising the numerator. The bank is no better off, it just looks better on paper. It is a legal deal, but one that definitely violates the spirit of the law. Carmen Segarra suggests more scrutiny into the Santander deal but ultimately, Goldman Sachs gets a rubber stamp from the Fed.

She has her bosses on tape saying things like, “I think we don’t want to discourage Goldman from disclosing these types of things in the future.” Also, one suggested telling Goldman, “Don’t mistake our inquisitiveness, and our desire to understand more about the marketplace in general, as a criticism of you as a firm necessarily.”

Segarra found these sorts of exchanges troubling and alarming. She also felt her concerns were dismissed in a culture of go-along-to-get-along yes men that were the very reason for the whole mess to begin with. So she recorded everything with a spy recorder.

The final straw came after seven months when she simply would not get off her hang-up with the fact that Goldman Sachs had no tangible conflicts of interest policy. She was fired, and she was fired for being exactly what the independent analyst prescribed for the Fed – someone who would speak up and question.

Here’s the takeaway: These people, the ones in charge of the value of your money, are really no better than the clowns represented in the movie “Office Space.” Even more dangerous is that they are not a business that can fail, or a bank that can be regulated, and there is no transparency with the Fed. These tapes represent possibly the most real information and insight into the inner workings of the Fed since its inception in 1913. And it is about as bad as could be expected.

They haven’t learned a thing.

In preparation for the next crisis that they miss, because they refuse to learn the lessons of the previous ones, maybe you should seriously consider protecting yourself with gold. Get started by requesting a free info kit on gold here, or click here to follow us on Google+.