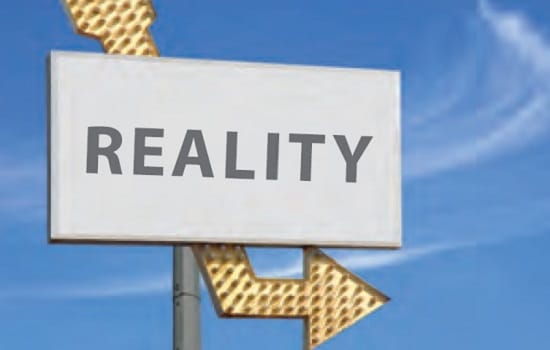 Last week the markets dealt with a flurry of economic meetings, announcements and statistics. It’s never easy to read between the lines of the talking points, so here we’ve done our best to make some sense of what’s really going on with our economy.

First, unemployment had a small positive uptick, depending on how you look at things. Even though the official unemployment rate went up a tiny notch, from 6.1% to 6.2%, many economic optimists are making the case that it is only because more people began looking for work again, which is a good thing. They may have a point. Labor force participation remained stable at 62.9%. But that number includes those participating in the labor force by looking for a job. 329,000 people started looking for work again in July even as the economy added 209,000 jobs. There may be a case for optimism there, even if it’s a weak one. The fact remains, there are many, many more job seekers than there are jobs. But at least it appears as though some people feel emboldened enough to get off the couch and dust off the resume again.

Also last week, the Bureau of Economic Analysis came out with its first estimate of second quarter GDP growth – a very robust 4% increase! However, hold the champagne; this is an initial estimate. Remember, this is the same BEA that estimated first quarter at 1% growth, which was later revised down into negative territory at -1% and then again to -2.9%. In fact, they are still revising GDP numbers from the Bush years! The first quarter of 2002 was initially estimated at 5.8% and was just last week revised down to 3.7%. So while it may be encouraging, is it meaningful – or even false encouragement? You decide.

And of course, the Federal Reserve had a meeting and did their Federal Reserve-speak thing, the gist of which is that they are staying the course. Fed Chair Janet Yellen said economic indicators are strong enough to continue tapering asset purchases down to $25 billion a month now, on course for ending Quantitative Easing officially in October. She expects to keep interest rates near zero for some “considerable” time, however.

This policy is still far too loose for two prominent Fed officials. Philadelphia Fed President Charles Plosser was a lone dissenter on last Wednesday’s decision, pushing for a more hawkish stance on inflation and monetary policy. Dallas Fed President Richard Fisher is very publicly hoping that a rate hike will come sooner in 2015 rather than later.

Of course, Plosser and Fisher both seem to be indicating that the reason to end QE is because the economy is doing better than people are giving it credit for. We disagree. And from what we hear from our clients, many of you disagree as well. The economy is still stuck in the doldrums. QE should be ended, not because it worked and everything is fine. It should be ended because it was, and is, terrible monetary and economic policy and is going to eventually crash the dollar. But we’d be happy to see the Fed do the right thing, even if it is for the wrong reasons.

There is, however, one important fact surrounding the end of QE that is lost on many – but not Steve Forbes. Here’s what he had to say in a recent exclusive interview with Birch Gold Group:

“The Fed will stop the Quantitative Easing, but what is disturbing is that they are going to still keep all the bonds they bought. They’re not going to let them run down, which is now going to be about, when October rolls around, four and a half trillion dollars. So, the Fed is still sinning and those excess reserves are still in overhang, and they’re still working to undermine the dollar, openly.”

This, of course, is the crux of the matter. Until something is done about this overhang, we’re all living under a gigantic cloud of doubt. Heap on top of that the inordinate number of geopolitical events swirling around these days – such as the Argentinian debt default, the ongoing conflicts in Gaza and Ukraine and more fallout from increased sanctions against Russia – and it goes without saying that we need to keep a close eye on how gold and the markets react in the coming weeks.