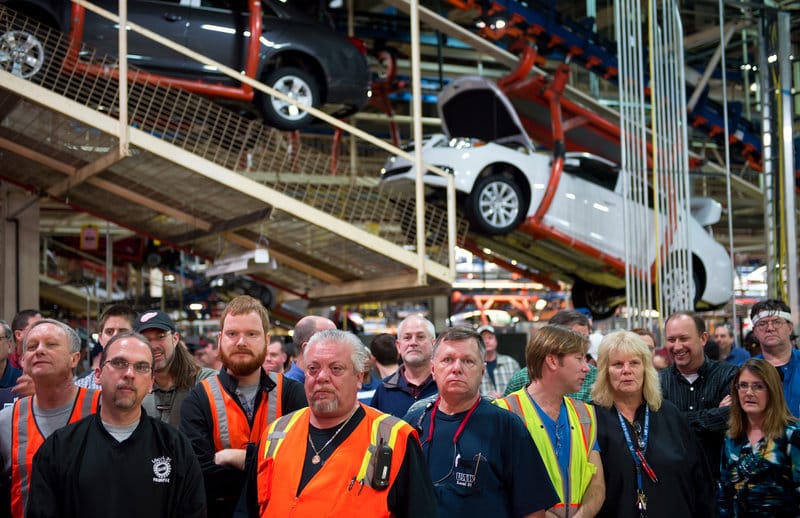 American icon Harley Davidson is learning the hard way. After years of stubbornly (but nobly) keeping its jobs in the USA, the company recently bowed to market pressures and outsourced the manufacturing of its new lightweight bike, the Street, to other countries. The move was supposed to help them sell the Street for about a sixth of what traditional Harleys sell for.

Harley quickly discovered that your supply chain is only as strong as its slowest supplier: For the planned unveiling of the bike this spring, shipments from their new, overseas suppliers were delayed, and only a trickle of bikes were available.

What does this say about manufacturing in the U.S. and around the world?

Harley took a big risk to offshore, something they were obviously resistant to for a very, very long time. Yet finally, the United States government chased the icon abroad. It hasn’t gone well, and this American company is suffering for it.

The U.S. chases manufacturing overseas with both a carrot and a stick. The carrots come in the form of tax credits and deductions that companies can take for relocating jobs. That’s right: The government actually encourages companies to move offshore – partly because it makes the trade deficit look better on paper.

As if their carrots weren’t enough: The government also uses sticks to chase manufacturing away, with the likes of high taxes, an impossible regulatory environment and the enabling of high labor costs. (Do Obamacare mandates apply to Chinese workers?) Every time the government sides with overly powerful unions and unsustainable demands of labor, every time the federal minimum wage is increased, our bureaucrats whack business toward the docks and countries with lower wages.

But an interesting phenomenon is occurring in some of these lower wage countries. In China, for example, so much is now manufactured there that the Chinese worker has suddenly realized he has rights. Not only does he have rights, he has options. He can go across the street and get a 5% pay raise, and that’s enough to change jobs. China has unions, and some extraordinarily labor-friendly laws are being considered and passed all the time. One crazy law that has been introduced in China is that once a worker has been with a company for a year, they get tenure!

Given this changing landscape in China, some have said that the nation is actually no longer a low labor cost environment. Are the days of everything being “Made in China” coming to an end? We can’t say for sure quite yet, but we will all find out soon enough.

What we can say for sure right now is that some manufacturing is legitimately coming back to the United States – but don’t pop the champagne just yet, because there is a major caveat to consider. Companies are slowly realizing that the real savings in labor costs is not from the cheap labor, the $25,000 factory job that you can still find an American to do. The real savings is in the middle management jobs, the research and development jobs, the call center jobs, the software technician jobs that pay $75,000 (plus benefits) in the U.S. but maybe $20,000 elsewhere.

A great example of this new phenomenon is Caterpillar, which will be opening a new factory in Texas to build excavators. Hooray for more factory jobs for Americans! …right? Of course, yes. But we must also note that Caterpillar announced they will expand research and development in China. Which means more R&D jobs for the Chinese.

This is all worrisome for our economy. Sure, any news of an uptick in domestic manufacturing is great. But how much of it is real (as opposed to only being called “domestic” for tax purposes), and are all the really good opportunities for advancement now going overseas? Is that really a win for our economy?

It’s a lot to ponder, but these are all issues we need to consider when looking at the economic landscape. We urge you to consider all of the uncertainties, all of the policies that are designed to deceive, all of the rules that are hostile to business in the U.S. And if they make you uneasy as well, if they also cause you to question the direction of our economy, consider diversifying your savings into something that isn’t anyone’s liability and that has zero counterparty risk. Do you have some of your portfolio in gold and precious metals? Call us today.