Why you should believe in the economy… or maybe doubt it 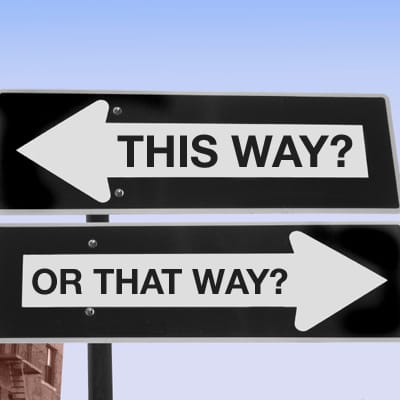 The equities markets made their best attempts at being bullish last week. The Dow is back up, flirting again with 17,000. The Nasdaq hit a 14-year high. The S&P 500 hit new all-time highs as well. After the tumult of the week before, this will be a welcome respite for some.

Let’s look at a few reasons for the optimism.

First, we have a new House Majority Leader. After Eric Cantor’s shocking primary defeat and step down from leadership, Kevin McCarthy was voted in as House Majority Leader by his fellow Republicans. He was seen as the more establishment candidate for the job, so maybe Wall Street considers itself somewhat back on track where Washington is concerned. As aptly stated by The Who, meet the new boss, same as the old boss.

Second, new numbers reveal that unemployment fell in 20 states in May, with Rhode Island being the only state left with unemployment above 8%. Great news – at least for those who still believe in official numbers. Never mind that unemployment increased in 16 states, and was unchanged in 14. We’ll take the good news where we can find it!

To wrap up the reasons for optimism, still-new Federal Reserve Chair Janet Yellen had her second Fed meeting and press conference this past week. She dismissed concerns about rising CPI, inflation forecasts, the possibility of more asset bubbles forming and a still-sluggish labor market. She insisted that things were looking up, the markets were strong enough to continue the taper of Quantitative Easing, but that stimulus would continue as long as necessary. The equities market likes that kind of talk.

There are of course some good reasons to not buy in to the optimism:

Bond markets did not share the confidence of equities. The 30-year yield on U.S. Treasuries rose two basis points, when bonds should have gone the other way – if they found Yellen’s statements credible and reassuring. They did not. Bond markets are seeing the risk of inflation and demanding a risk premium for that. The fact that Yellen cannot simply wave that away is telling. Are the markets already losing confidence in her? Some are saying the honeymoon is definitely over… what little there was of it.

And if you weren’t already alarmed about inflation, if you didn’t think it would come knocking on your door, we have sad, sad news for you. It has come. It is here for your already overpriced delicious coffee. By all that is holy, this can be ignored no longer!

But seriously, gold markets are up as well on Yellen’s remarks, ending the week at $1312.50 per ounce in another vote of no confidence.

To anyone with two eyes, inflation is becoming truly undeniable, yet the Fed continues to deny it. Equities want to believe, but the hard money asset classes can’t afford to run on wishes and dreams. Could the day finally be coming where something has to give at the Fed, where they will deal honestly and candidly with the public and the markets on monetary policy decisions? Will they ever be willing and able to look the market squarely in the face and just call a spade a spade? Or will they forever be blowing bubbles destined to explode in our faces? Always hedging the truth and hoping you will buy it…

We will say it again – maybe a growing sector of the markets are finally believing us – it is dangerous to allow people like this to have so much control over such important aspects of the economy. This sort of manipulation usually goes horribly, horribly wrong. It is happening right under their noses and they refuse to acknowledge what everyone else can plainly see.

What are we to make of all these conflicting views? How is anyone supposed to know how to protect their savings? Ultimately, it comes down to what you believe:

If you believe in the Fed’s certainty, that there is hardly any inflation, that what’s happening with equities is real and sustainable, that unemployment in America is truly improving… most of the experts would likely tell you to keep your money in the dollar and your stocks, bonds and mutual funds.

But if you believe that it’s a bunch of hot smoke, that prices are moving higher at an uncomfortable rate, that the dollar’s standing in the world is falling to pieces, that FATCA will cut even deeper into the dollar’s value, that this economy is simply not moving forward… that is precisely the time for many when they would move to gold.

Gold is intrinsic value. The Fed can’t inflate away gold. They can’t print more of it on a whim. When you’re ready to get started, we’ll be here.