Home » Blog » Can Physical Cash Protect Your Savings From this Looming “Systemic Event”?

Can Physical Cash Protect Your Savings From this Looming “Systemic Event”?

Fearing an event that will profoundly rock the financial markets, one of Britain’s most senior bond fund managers is urging people to start holding physical cash, and precious metals. 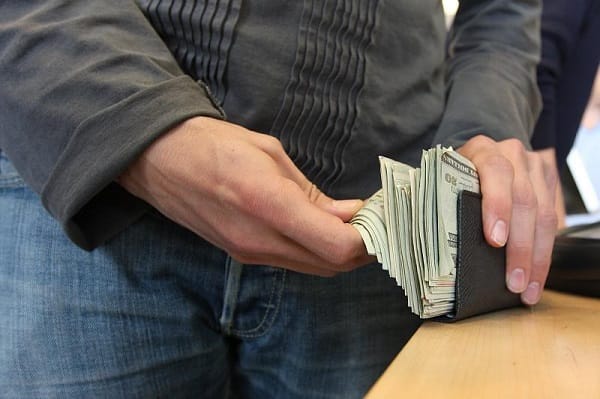 Over the last several years, as the Fed and other central banks around the world have printed money like drunken sailors, devalued their currencies and set up their economies for bouts of inflation like none they’ve ever seen before, there have understandably been many doomsayers who have warned about the vulnerabilities of the equity and bond markets.

But now we’re hearing a new level of alarm unlike in the past. Now, a prominent banker is actually encouraging you to lock up your physical cash – somewhere out of the reach of the Feds.

Writing for the Telegraph, Andrew Oxlade says, “The manager of one of Britain’s biggest bond funds has urged investors to keep cash under the mattress. Ian Spreadbury, who invests more than £4bn of investors’ money across a handful of bond funds for Fidelity, including the flagship Moneybuilder Income fund, is concerned that a ‘systemic event’ could rock markets, possibly similar in magnitude to the financial crisis of 2008, which began in Britain with a run on Northern Rock.

“‘Systemic risk is in the system and as an investor you have to be aware of that,’ he told Telegraph Money. The best strategy to deal with this, he said, was for investors to spread their money widely into different assets, including gold and silver, as well as cash in savings accounts. But he went further, suggesting it was wise to hold some ‘physical cash’, an unusual suggestion from a mainstream fund manager.”

We’ve all heard that we’ll soon see capital controls in Greece and other financial trouble spots around the world. Last year in Cyprus, the government forced depositors to bear much of the losses in their banking crisis.

Essentially, capital controls mean the government can prevent you from using your own money. That is, if your money is in a bank. If it’s under your mattress, then more power to you and your farsighted thinking.

The simple truth is that we’ve never been in this type of situation before. The debt all over the world has reached phenomenal levels. The risk to the entire financial system is immense. What if there are simultaneous bank runs? What if people can’t sell their securities because the markets are frozen and there is no liquidity? How will you pay for your retirement if your savings are wiped out in a financial collapse?

The Fed has used up all its monetary bullets. Printing more money is just like pushing on a string. At this point, the marginal economic improvement is just that – marginal. What if all of the periphery countries in Europe cannot pay what they owe? The central banks will not be able to print enough money to control the damage. The questions could go on forever. We are in uncharted territory.

That is why this British money manager is making sense, in my opinion. Of course, holding physical money is nothing new. Historically, precious metals have filled this role. Having a portion of your assets in something outside of the digital economy is just common sense. Gold has been a currency for as long as the human race has been able to mine the precious metal. This will most likely never change – no matter what the circumstance. So if you don’t already have some of your savings in physical gold, give us a call today. We can help.

We report daily on the most important and latest financial news, be sure to follow us on Twitter here.