Home » Blog » In Addition to Stocks, Is China Also Destroying This Market?

In Addition to Stocks, Is China Also Destroying This Market?

With almost all media attention focused on this week’s stock market crash, many are ignoring this other market that could be due for its own crash. Are any of your savings in this? 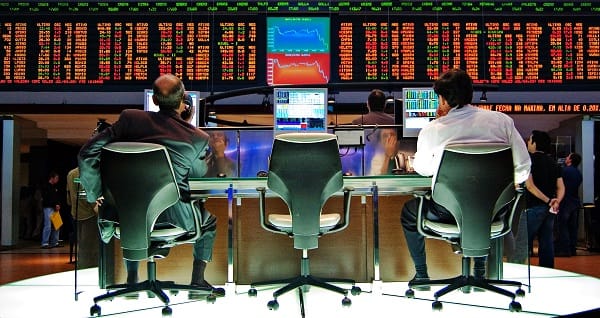 When I started on Wall Street some 23 years ago, I vividly remember the bond market crash of 1994. The Fed suddenly, surprisingly, started to raise short-term rates, and bonds collapsed. Many Americans who thought they were safe, because they were positioned in long term U.S. Treasuries, got hammered, losing thirty percent of the value of their assets.

Those who were lucky enough to own the individual bonds in their portfolio had the option to wait until the securities matured. So right about now, they are getting their money back. However, those who owned funds that owned bonds weren’t so lucky. They suffered egregious losses. There is no maturity to wait for in a bond fund.

My point is not to discuss the Fed raising rates; with everyone expecting an increase of 25 basis points by the end of the year, it’s most likely priced into the price of bonds at this point. What I am trying to say is that just as with any asset, you can lose a LOT of money in bonds – where many think their savings are safe – if you do not control your risk.

With the Chinese market crash over the last few weeks, many Americans have flocked to U.S. Treasuries for their perceived safety, pushing the price of bonds higher and interest rates in the United States lower. I’ve never understood this strategy. Don’t they realize that prices for bonds are as high as they have been in thirty years? And, don’t they realize that the tide can go out as fast as it goes in, meaning that bonds can sell off when this flight to quality evaporates?

At the end of the day, a bond is just another paper asset, whose price can be manipulated by governments and big hedge funds alike. The volatility we have recently been seeing in the securities markets emphasizes this fact. As of the time I’m writing this, the stock market is recovering and bond prices are tanking. What goes up can come down – and it can shift the other way just as easily and quickly.

Bonds also face another threat. This week, we found out that that China, owner of a few trillion dollars in U.S. Treasuries, liquidated a massive amount of these securities to prop up their own currency, the yuan. It’s just the latest salvo in the currency wars.

Beijing hasn’t just sold a little bit to cover – they have sold a whole lot. ZeroHedge reports, “In the past two weeks alone China has sold a gargantuan $106 (or more) billion in US paper just as a result of the change in the currency regime!… [We are] absolutely speechless to find out that China has sold as much in Treasury’s in the past 2 weeks, over $100 billion, as it has sold in the entire first half of the year!”

With all of this change going on in the financial markets – China crashing, the Fed expected to raise interest rates, extreme volatility, etc – Birch Gold Group is seeing an extraordinary number of Americans moving to gold. If your savings are overexposed to paper assets, or you don’t own any tangible assets, now could be a great time to get started.

Do markets believe that China’s communist leaders are no longer in full control of their $27 trillion debt bubble? Read why here…