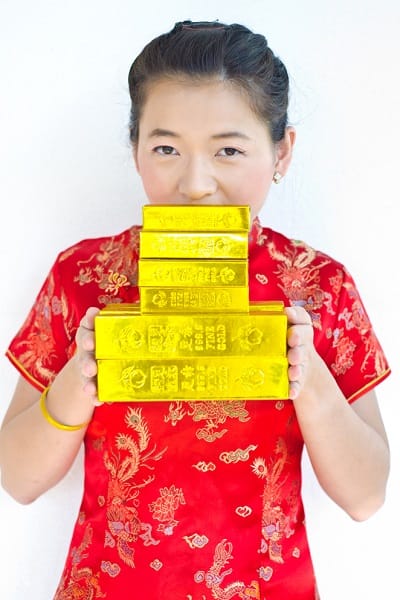 We already know that China’s moving to attain global economic supremacy. And now they’ve gone dark on their gold reporting.

For years now, we have been anticipating an update from China on their official reserve holdings in gold, as the nation last reported way back in 2008. They usually give that update every 5 years, so it has been about time for quite some time now. Until that happens, the official number remains stagnant at 1,054 tons. And while many analysts are guessing that that total is much higher now, it’s becoming increasingly clear that the Chinese government just doesn’t want to say by how much. This time, instead of updating their numbers, China is simply remaining silent.

Of course, the disclosure of one’s gold holdings is completely voluntary, and we can certainly see a few reasons why China may have wanted to stop offering any numbers.

For one, China probably wants to avoid price shocks at a time when they are a buyer – and they are very much a strong buyer, indeed. Even on a day-to-day basis, global gold price can be very sensitive to the actions of countries like China. An announcement of even a modest 1,000 ton increase in their holdings could send speculators into a frenzy. But what if China’s holdings have grown substantially more than even that? Based on simple math done by those who pay attention to these things, it’s a very likely possibility. And if true, it could have seismic ramifications on the precious metals world. Given that, China has zero reason to influence the price of gold skyward when the nation is likely still gobbling up all the gold it can. What would be the benefit to them? Absolutely none.

The United States still has the highest official holdings at 8,000 tons. Rumors are rampant that the reserve holdings of China could now be anywhere from 3,000 tons to as much as 5,000 tons. Because Hong Kong reports what transits through the island to the mainland, we have some clues about their demand and imports. Hong Kong alone shipped 1,160 tons of gold to China last year. Internal Chinese production of gold would probably be about 428 tons. And that is only what we know about. There are other routes China uses that are already dark. It all adds up to a major jump in Chinese gold reserve holdings.

So not only is China’s economy catching up to that of the United States, their official gold holdings figures could be breathing down our necks as well.

A major jump in China’s official holdings could indicate a few things. Maybe they are positioning themselves advantageously in case of a dollar collapse or global dollar rejection or similar phenomenon. Perhaps they are preparing to back a new currency with gold. Or perhaps they are gearing up to support the yuan with gold, to make their own currency a major player in foreign exchange markets. Or maybe they are planning something else entirely that we hadn’t thought of…

And now Zero Hedge reports that China is doubling down on secrecy by opening up a new import route for gold through Beijing! Imports through Beijing will not be reported monthly as Hong Kong does. It is a totally secret trade route. So we will have less information going forward rather than more.

All we can do now is speculate. All we really know is that China is definitely diversifying their holdings away from U.S. Treasury bills. That is bad enough news for our spendthrift Congress and their enablers at the Federal Reserve. It is getting harder and harder to export our inflation, and that means the idle reserves here at home – in our banks and on the Fed’s balance sheet – get bigger and more menacing as time goes by.

And all the while, China gets to keep its cards close to its chest. Until the time is right.

No one can definitively answer these questions, and certainly not us. But BEFORE “the time is right” comes and BEFORE China makes its move, now may be your last best chance to get into gold.