How a Decaying Rule of Law Threatens Americans’ Savings

What can Americans learn from a declining rule of law in Russia? This interesting anecdote from Moscow may prove instructive for safeguarding the future of your savings. 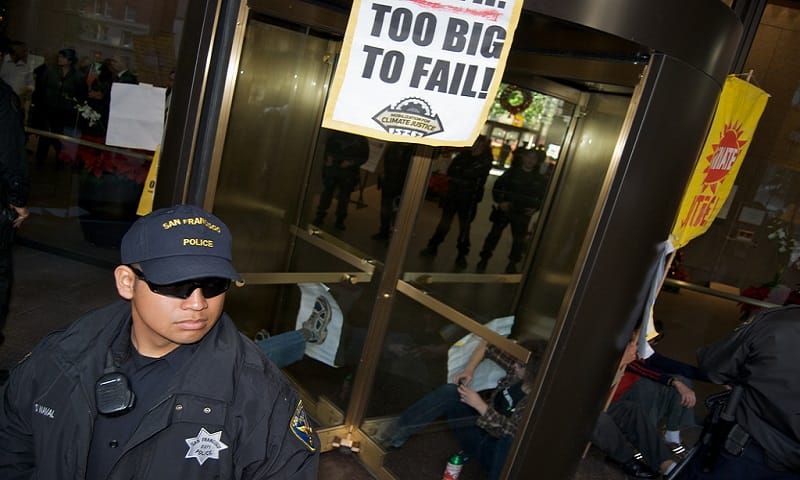 A friend of mine – an American living in Moscow – just bought a nice flat there with his Russian wife. He paid around one million U.S. Dollars, which is about 60 million Russian rubles. Recently, I had dinner with him and his wife during which they told me of their ordeal of buying their home.

But let me digress for one second: The first thing you have to understand about Russia is that no one trusts anyone or anything. There is essentially no rule of law there. In Russia, the strong survive, and the weak die in a labor camp. Yes, it’s still that way today. If you are wealthy, you live like a king; not just materially, but legally as well. If you have money, you buy off everyone. That includes judges, police, etc.

The courts are also at the whim of the government. When President Vladimir Putin wants to get things done, all he has to do is make his wishes known to a judge – whether it be through the media, an intermediary or directly – and presto… it happens!

A decade ago, when Putin wanted to take the assets of his closest rival, Mikhail Khordorkovsky, the Russian courts broke up the man’s company, Yukos, and sold it to the state-run energy company. Poof! $30 billion in wealth was destroyed in the blink of an eye.

But back to my friend buying his house…

The level of trust is so bad in Russia that my friend couldn’t even wire money to close the transaction. Instead, he had to pay in cash. So to deposit the money, he hired an armed security service to load the cash in an armored vehicle and drive it from his bank to the seller’s bank.

As they followed the armored van on the drive, my friend and his wife went as far as to videotape the entire process. Robbery in Russia is common, so hearing him tell the story, it sounds like quite the hair-raising experience.

It’s a fascinating story. But why does it matter to you here in the United States?

It matters because lack of rule of law can seriously impact a country’s financial system, and the savings of its citizens. If it is survival of the fittest (or meanest or most devious or strongest), the average person – someone just trying to save some of their income for the future – is at a serious disadvantage.

Trust is critical in a well-developed economy.

The problem for us in the U.S. is that even here, the rule of law is slowly slipping. If you have money and power, it seems you can get away with much more than a few decades ago. The executive branch of our federal government has amassed much more power than our founding fathers intended.

We’ve seen such abuse of government power from both parties. For instance, multiple recent presidents have started wars without going to Congress, as the founders intended. You can keep your emails in your basement if you are Secretary of State and then wipe them clean to prevent transparency. If you are a Wall Street player and connected politically, you can get away with all kinds of financial shenanigans.

And if you are a global, too-big-too-fail bank, then all bets are off. You can do pretty much anything and pass the losses onto the American taxpayer.

The extreme volatility we see in places such as Russia, Argentina, Venezuela and more comes from not having the rule of law firmly ensconced in their financial system. When this happens, investors don’t act rationally. How could they? They have no stability or certainty that if they play by the rules, they will be okay. Instead, under such conditions, investors try to game the system, which of course only creates more volatility and inefficient use of capital.

As the rule of law in America begins to show cracks, and as the dollar loses its grip on reserve currency status, expect much more volatility.

Are your savings protected from this tumult? If you can’t answer that question with a definitive “yes”, then now is the time to move some of your savings into precious metals. Get started today – call us at (800) 355-2116 or click here to get your free info kit on gold.

Follow us on Google+ and get our articles higher in your search results!