The week was another roller coaster for markets around the world, as the global economy is showing signs of another downturn. 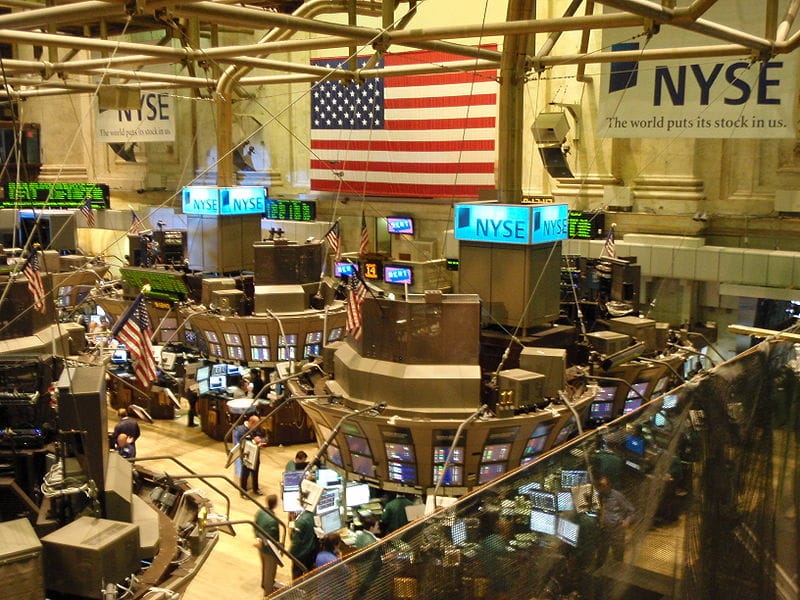 It’s been another roller-coaster ride for the markets this week. Stocks in the United States and Europe tumbled on Wednesday, as investors have been scratching their heads over what to do with their money in light of all the signs of a faltering global economy.

Gold, although edging slightly lower on Friday, saw its second straight weekly gain, as concerns over the global economy forced the Federal Reserve to hint that it may keep interest rates low for a “considerable” time.

The big gains for Wall Street this year peaked on the morning of September 19 when Chinese e-commerce company Alibaba went public with a valuation of more than $168 billion. After that, the financial markets experienced a series of dives.

On Wednesday alone, the S&P 500 hit negative territory for the year, ending at more than 7 percent below its peak in September. Such a downturn in the U.S. stock market is very close to what’s referred by professional investors as a “market correction” – when the S&P closes at 10 percent or more below a recent peak.

The volatility and panic that dominates the markets these days definitely has a lot to do with the slumping world economy. Germany, often regarded as the stronghold of the European economy, has been hurting from the crisis in Ukraine and the bad performance of its trading partners. Berlin has slashed its growth forecasts for this year and 2015, calling for a boost in public spending to prevent a triple-dip recession in the Eurozone. Japan is tipping into recession with exports hurting from stronger yen, while Chinese manufacturing and growth are slowing down.

Markets themselves “are sending depressing signals about the global economy.” Senior economics correspondent for The New York Times Neil Irwin points to a number of market signals including the slumping yields of U.S. treasury bonds – investors are running away from stocks and doubling down their bets on bonds as a safe haven.

“Many crucial indicators in markets for international bonds, currency and commodities are pointing toward a heightened risk of a worldwide economic slowdown that may be beyond the ability of policy makers to halt,” Irwin writes.

On Wednesday, gold was headed for its longest rally since August, gaining 1.4 percent for the week after reaching a one-month high of $1,249.30. Low interest rates, which the Fed said will be kept for longer, are bullish signal for the yellow metal.

Concerns about the global economy and multiple current geopolitical issues have increased interest in gold as a safe haven. Many Americans have added gold to their portfolio as insurance against the unprecedented loose monetary policies of global central banks, which may ultimately lead to resurgence of inflation. The value of fiat currencies, like the dollar, have always depended on the whim of government policies. For the past 100 years, the Federal Reserve has managed to devalue the U.S. dollar by more than 90 percent of its purchasing power, robbing hard-working Americans of their savings.

Have you considered protecting your buying power and wealth with gold? If so, you can make the first step by ordering our free Investment Kit. Follow our Facebook page to keep up with more breaking news about the market of gold and other precious metals.

The Depressing Signals the Markets Are Sending About the Global Economy