Home » Blog » Is this mystery benefactor the only thing propping up our economy? (You’ll never guess who it is)

Is this mystery benefactor the only thing propping up our economy? (You’ll never guess who it is) 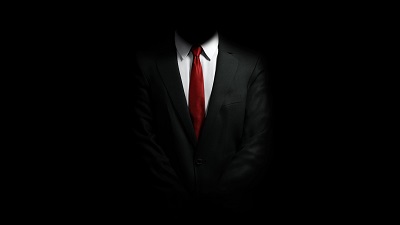 We admit it: We were a little embarrassed for a while. Last October, we scoffed at the idea of the Federal Reserve ever tapering Quantitative Easing.

Marc Faber backed us up. He said at the time that the question was not when the Fed would taper, but when it would increase QE… to one trillion dollars a month! The argument sounded mind-blowing at the time (and today, he too must feel some embarrassment), but he made the case.

So when the Fed actually did start to taper QE, we felt like we had some egg on our face. We felt sheepish… until last week.

Some very interesting information about U.S. Treasury bill purchases has come to light, which may well vindicate us after all.

As Russia dumped 20% of their U.S. Treasury holdings back in March, as Japan sold $10 billion, as the Federal Reserve was tapering our own bond purchases, and as China bought no dollar-denominated assets, the dollar still managed to hold water. In fact, all of that demand was made up for and even surpassed by one tiny little friend of ours who is suddenly rich – very, very rich. 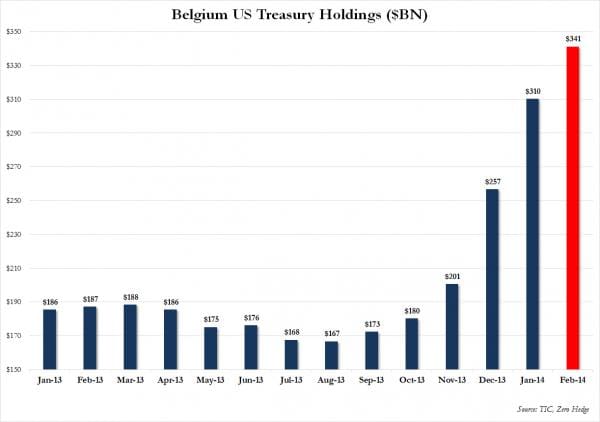 Well, this “kind” patron of the Fed probably isn’t the actual country of Belgium; its GDP is only $480 billion. Yet this private and mysterious entity – now holding a massive $341.2 billion in U.S. Treasuries – is definitely located somewhere in the nation. And that places the combined public and private holdings of Belgium just behind China and Japan as the third largest holder of U.S. Treasuries. $141 billion of that was added just since the announcement of the taper in December. Belgium doesn’t have that kind of money just sitting around, and if they did, would they really be giving it all to us? Pretty ridiculous.

It is hard to come up with a plausible explanation for what’s going on here, with one exception – that this is some sort of front for the Federal Reserve itself. As the QE program ramps down, this mystery buyer has been ramping up, more than making up for the amount that has been tapered. In February, for example, while the Fed “tapered” by another $10 billion, this Belgian buyer bought $31 billion! No wonder they’ve been so blasé about the taper!

Of course, this is all purely speculation. But if it proves to be true, if the Fed actually is laundering QE through a European front bank, then they’ve actually found a way to ramp up asset purchases while telling everyone they were ramping down – all in an effort to calm everyone’s fears about printing too many dollars! Very sneaky. Very, very sneaky.

Again, this is 100% speculation. But based on certain facts we know, we’d like to hear a better explanation. We are all ears.

It’s stuff like this that makes us stand up and cheer when Senator Rand Paul pulls his shenanigans and threatens to hold up confirmations of any candidates to the Fed’s Board of Governors until a vote is held on his Audit the Fed bill. Mind you, he’s not even demanding that the bill pass, he just wants a vote on it. What’s so hard about that?

The Fed operates in secret and goes behind our backs enough. What do they truly think about the health of our economy? What are they actually doing to our money? We deserve the truth.