Home » Blog » Finally: The one sane voice from the Fed admits what’s coming…

Finally: The one sane voice from the Fed admits what’s coming… 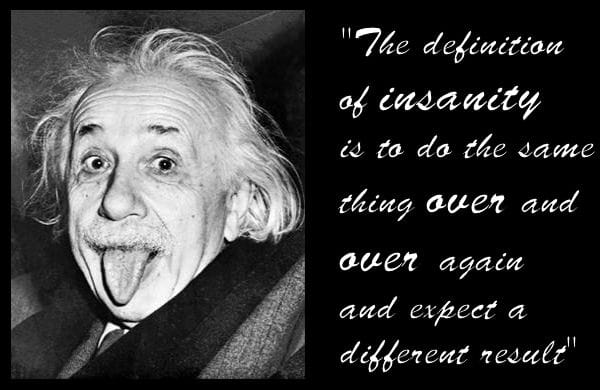 Last Monday former Federal Reserve official Andrew Huszar wrote an astonishing mea culpa in the Wall Street Journal regarding his role in implementing and managing Quantitative Easing. He apologized to America and confessed that QE, though sold to the public as help for Main Street, has really been “the greatest backdoor bailout of Wall Street of all time.” This is a former Fed official saying this; an insider. Astonishing.

What’s truly astonishing is that someone from the inside has not only admitted that this is true, but they genuinely seem to feel bad about it. Fed watchers and critics have known the Fed’s true motivation for years. So if you hear any market expert express surprise at his “revelations” please stop listening to them. It is not the revelation that should shock, it’s the admission.

Huszar does paint a troubling picture, however, of just how acute the damage will be in the future. The Federal Reserve bond buying program has pumped more than $4 trillion into the system, yet the return on that has been an anemic $40 billion in economic output. That’s an extremely costly 0.25% bump in GDP. How can they possibly justify that?

Bernanke, Huszar points out, acknowledges these dismal facts but still feels that doing something is better than doing nothing, basically. That is all the justification he needs to keep pumping, and all indications are that his successor Janet Yellen feels the same.

How did we get so far off course? Does any of this sound right to most of us? Which raises a larger question: Why is our government doing any of this?

In a free market, laissez-faire capitalist economy (which we are supposed to be in theory), the government doing nothing is much better by far than it doing something, especially if it is simply for the sake of doing something. The very definition of a free market is the absence (for the most part) of government intervention and control – a hands-off approach. But Huszar calls QE “the largest financial-markets intervention by any government in world history.” The Fed has created trillions of dollars of new money and most of it is simply sitting in reserves at big banks, like a ticking time bomb. Those reserves have not even hit markets yet. We have not even begun to feel the damaging price increases that those inflated dollars will inflict on everything and everyone when they are unleashed.

When will the price increases happen, what will trigger them and exactly how will it all unfold? No one can know, but we do know this: in an inflationary panic, those folks who have already taken possession of physical gold will be glad they did. For others, it might just be too late. Indeed, in other inflationary panics and currency collapses, gold has been one form of salvation for those with the foresight to get their hands on it in advance.

But: Even if you don’t believe a major scale financial panic will happen here, there is no denying that inflation is worse than government will admit… and there is almost no possible scenario where it doesn’t get much, much worse. Shield your assets by shoring up the precious metals holdings in your portfolio. You will surely sleep better at night. It is a decision you will not regret.