Home » Blog » If the Fed picks the worse of these two evils, hold on to your hat (and wallet)

If the Fed picks the worse of these two evils, hold on to your hat (and wallet)

After cornering itself with policies that now present nothing but bad options for escape, here’s why the Fed may soon choose short-term gain over long-term pain. 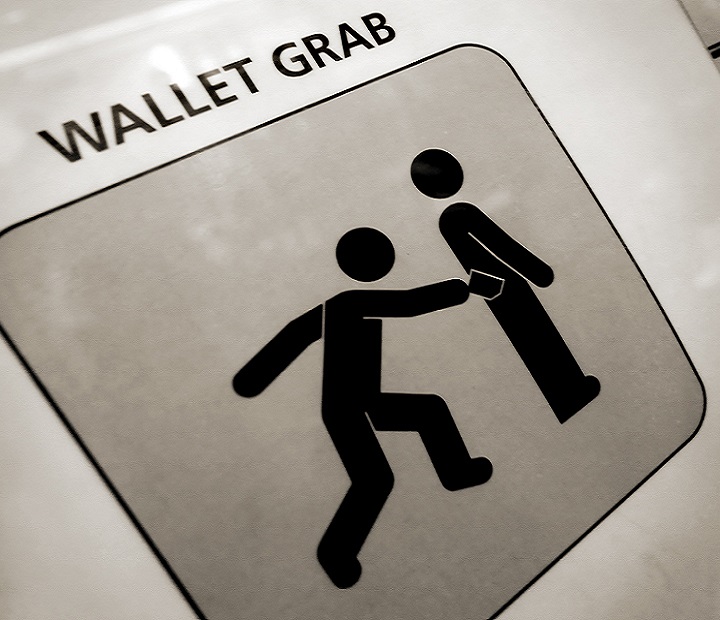 They say that if you’re in a poker game and you don’t know who the patsy is, YOU’RE the patsy. As I look to the markets today for sensible places to put my money, I feel like I’m about to lose a big hand. Equity markets are at (seriously) all-time highs. The bond market is at an all-time high. The dollar is at multi-year highs.

But what is driving this supposed “strength” in American financial assets? Is it the decades of smart, responsible fiscal and monetary policy we have experienced from the geniuses behind the green curtains in Washington?

I think it’s fairly obvious that what is driving our irrational exuberance is a Federal Reserve Bank that has had its hand in the cookie jar for far too long. But what happens when the Fed takes the punch bowl away?

We’ve already seen the Fed pull back on Quantitative Easing. Next on the docket, apparently, is for them to increase interest rates.

Ray Dalio, founder of Bridgewater Associates, claims that “there could be heck to pay” when the Fed raises rates, with Newsmax Finance reporting:

“Indeed, we could see a repeat of 1937, [Dalio] and colleague Mark Dinner wrote in a note to investors obtained by the Financial Times. In that year, the Fed tightened policy prematurely after the crash of 1929. This led to the Dow Jones Industrial Average falling by one-third in 1937 and continuing to decrease in 1938.”

Equity markets generally react negatively to interest rate increases. But this time, with rates having been held so low for so long, it may be even worse.

The bubble has been blown up to enormous proportions. When it pops, get out of the way.

But ultimately, we need the bubble to pop. Yes, it will be painful for the short term, but going through the pain sooner is better than delaying pain that may be even GREATER in the future.

Given our current predicament, with nothing but bad options to pick from, this seems like the lesser of all evils.

The Fed, however, in its “infinite wisdom”, may choose to take the worse of all evils.

The Fed may see what could happen in the short term if they were to raise interest rates, and they may not only keep rates near zero, but they may actually restart Quantitative Easing!

It’s the easy way out, at least for the near future. And it’s a likely scenario, argues Peter Schiff of Euro Pacific Capital. Schiff theorizes that the Fed won’t have the stomach to take on the interest rate bubble giant. Instead, he predicts that the slowdown in the economy will force the “wizards” at the Federal Reserve to actually start QE4, and thus make the bubble even bigger!

A larger bubble, according to Schiff, will make the eventual economic crash even more painful and deeper.

We have all seen the devastating effects of long term Quantitative Easing on the Japanese economy. Their debt-to GDP-ratio – what they owe compared to their national income – is around 300%. That is clearly an unsustainable level. But no matter how hard the Japanese government tries, they simply don’t have the will to implement the changes needed to get the economy growing again – raising rates, reforming their banking system and enduring economic pain for long-term gain.

So, what will it be: Raising interest rates or (again) firing up the printing presses? Neither will be good for us in the short term. The markets are in for some pain. It’s a matter of when – not if.

When that time comes, are your savings protected? If you’re overexposed to equities, give us a call, or simply click here to get a free info kit on moving your savings to gold.