Home » Blog » This is a free market economy? Here’s the sad state of business in America

This is a free market economy? Here’s the sad state of business in America 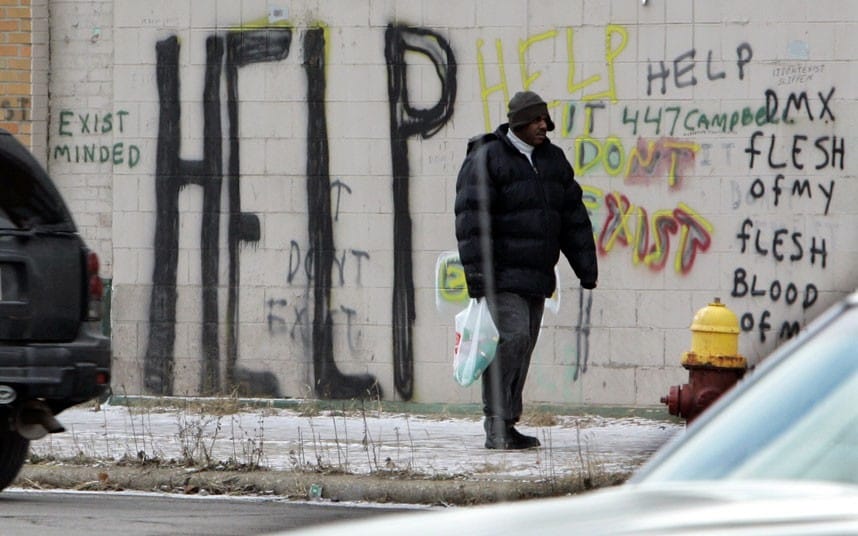 More specifically, the Fed and politicians seem to be running off the people who actually make things: manufacturers. Do we still have any of those in this country? Yes, we do (surprisingly). And yes, and they still matter on Wall Street.

Many have credited a recent increase in stocks to indications that manufacturing is on the rise. The Institute for Supply Management’s index of national factory activity was in the black in June, at 55.3. Any score above 50 indicates expansion. It was 55.4 in May, and while this was a little disappointing because experts had predicted it to be even higher, we are still on the right side of that 50 point mark. So Wall Street celebrated.

This is encouraging news, no doubt. But there are plenty out there who say that manufacturing has been so decimated in recent years that the Rust Belt simply couldn’t get any worse. We need our manufacturing back!

Paul Craig Roberts stated it well in a recent article:

“The U.S. economy cannot grow because corporations pushed by Wall Street have moved the U.S. economy offshore. U.S. manufactured products are made offshore. Look at the labels on your clothes, your shoes, your eating and cooking utensils, your computers, whatever. U.S. professional jobs such as software engineering have been moved offshore. An economy with an offshored economy is not an economy.”

We have unwisely chased our manufacturing – our productive economy – out of our borders, in search of better margins and less regulation. Now, it is one thing to outsource something that someone else can do better and more cheaply. But it is quite another to cripple your business climate with regulations and taxes so that domestic producers can do NOTHING better or more cheaply. We’ve done the latter. Then we’ve set up agreements and schemes that enable businesses that can afford an army of lawyers and lobbyists to take operations elsewhere in the world.

Meanwhile, smaller manufacturers are sunk. We’ve done all this in the name of “free trade”. Free trade, indeed.

The Supreme Court’s recent Hobby Lobby decision is another case in point. Underneath the hysteria about women’s reproductive rights and religious freedom, this is a supposed victory for business and the free market. Do you know what makes this a loser for the free market, actually? The fact that a major employer had to go all the way to the Supreme Court to get a by-your-leave to NOT include something in their employee benefits package that they (no matter the reason) did not want to include.

In a sane world, this would have been an issue strictly between employer and employee. If someone accepts employment with a company and decides the benefits package is not up to snuff, they can attempt to negotiate. And if the company believes that the employee is valuable enough, they can decide what they are willing to do to keep them. At the end of the day, if the employer and employee cannot come to a mutual agreement, they part ways. End of story.

Instead, in our world, in our “free market” economy, we make a federal case out of it.

The Canadian Supreme Court recently ruled that one Walmart store in Canada closed illegally when they didn’t want to deal with unionized employees. Fines will be forthcoming. Sure, this is our more socialist neighbor to the north, but Americans hardly batted an eye over the development. The idea that a business HAS to maintain employees they no longer want or cannot productively work with should be outrageous to anyone who understands what “free market” means. And when all else fails, the right to STOP doing business should be sacred. How can they fine someone for closing a store? It will be interesting to see how this plays out with Walmart in Canada going forward. Could you blame them if they just closed all of their Canadian stores? Who “wins” then?

For whatever reason, we are living in times where businesses are seen as evil. To the extent that some bad apples seek special favors and “buy” politicians to gain unfair advantage, yes, it is understandable that some people view them in such a prism. But in and of themselves, business and profits and honest financial success are not the problem. They are the solution. Instead we have made them our boogeymen.

We’ve been chasing and attacking this boogeyman – profitable business – for decades and it’s not getting any better. The Federal Register is nearly 25 million words of economy killing rules and regulations and is constantly growing. How intimidating is all that to a young entrepreneur with a good idea and some vision? How is the economy supposed to innovate, expand and take off under all that dead weight? You cannot grow an economy and the Federal Register at the same time. You must choose.

They call what we have now a “service economy”. An economy based on us all scratching each other’s backs – how is that supposed to work long term?

But let’s look on the bright side: If it is true that Russia, China and others are seriously seeking alternatives to the dollar and want to wean themselves away from U.S. business interests as much as possible in the long run, maybe our manufacturing will HAVE to come back. It remains to be seen. We would hope manufacturing would rise for better reasons than that, but it is a factor worth considering.

If you honestly believe the powers that be know what they are doing and this will all turn out fine in the end, buy some blue chips. Keep your money in mutual funds and bonds, and best of luck to you. However, if you are finally beginning to see the cracks in the system, protect yourself now with something they cannot bankrupt or chase away – gold.