Home » Blog » Groundhog Day: How the Fed’s Plans for the Economy are Textbook Insanity

Groundhog Day: How the Fed’s Plans for the Economy are Textbook Insanity

The Fed has two tools in its arsenal to try to prop up our flailing economy. With both proving to be little help, Steve Forbes is now questioning what hope we can have for the economy’s future. 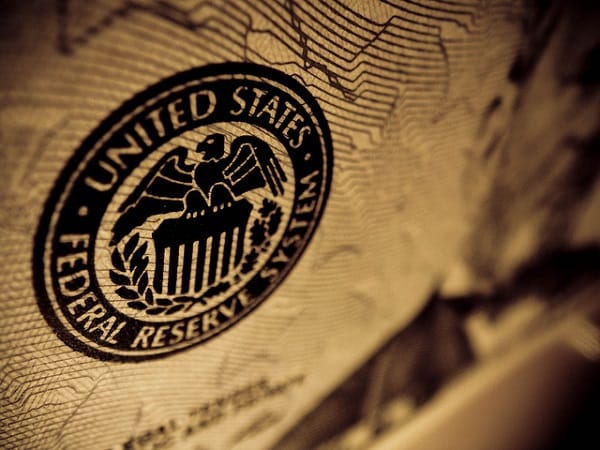 Earlier this week, a Federal Reserve official made the stunning admission that its credit expansion and debt creation policy is no longer having any significant effect on the economy.

Now, even those in the mainstream are joining those of us who have been saying it for some time, and they’re raising serious questions as to whether the Fed has the ability to get us out of any potential future crisis, like the one we faced in 2008, a mere seven years ago.

The solution to the 2008 crisis was to lower interest rates to near zero percent (ZIRP) and inject money into the system through a series of Quantitative Easing (QE) programs.

We saw three and a half rounds of Quantitative Easing carried out:

While each of these rounds had a temporary impact in propping up the economy, it was far more effective and, in turn, contributed to today’s inflated asset prices and delaying the day of reckoning.

Cutting interest rates and injecting false liquidity into the market via QE: These are the only two tools in the Fed’s arsenal to try to stimulate growth.

So, when the next economic downturn inevitably comes along, what options does Janet Yellen and her team have other than to move interest rates into the negative or carry out QE4?

Albert Einstein once said, “Insanity is doing the same thing over and over yet expecting a different result.”

So how insane is it that central banks around the world do the same thing over and over expecting it to solve the same problem?

Their “solution” to the debt problem…is to create MORE DEBT!

Greece is a perfect example of this insanity, using more debt to paper over previous debts.

However, you could easily substitute Greece for Japan, China or the United States of America.

When the economic planners keep creating debt, raising the debt ceiling and throwing fancy terms around like ‘Quantitative Easing’, they are heralded as economic geniuses who should be admired.

Instead, they, by the very definition given by Einstein, should be classified as insane.

Media mogul Steve Forbes, an outspoken critic of the Federal Reserve, just put it best: Fed officials “don’t know what they are doing.”

With the Fed waffling over when (or if) to raise rates, Forbes argues that it is keeping investors on the sidelines and giving artificial values to certain assets.

If the Fed does raise rates, the dollar will rise in value on the global currency market even more. And this is the last thing the U.S. economy needs right now, especially with it already struggling.

Then there’s former Fed Chairman Alan Greenspan. We’ve already written here about his recent warnings for the economy. And now he’s saying that a dangerous bond bubble is emerging, which we can add to his previous prediction that unwind from a failed QE will be painful:

“Effective demand is dead in the water” and the effort to boost it via bond buying “has not worked,” said Mr. Greenspan. Boosting asset prices, however, has been “a terrific success.”

Greenspan went on to recommend people store some of their wealth in gold, reiterating that the metal is a store of value that cannot be matched by government created currency:

“Gold is a currency. It is still, by all evidence, a premier currency. No fiat currency, including the dollar, can match it.”

Perhaps that’s why elite investors like George Soros, Stanley Druckenmiller, John Paulson and David Einhorn just went long on gold in a big way. Should you do the same? We’ve provided some of the facts here, and have plenty more info to share. At the end of the day, it’s your savings, and your move to make.