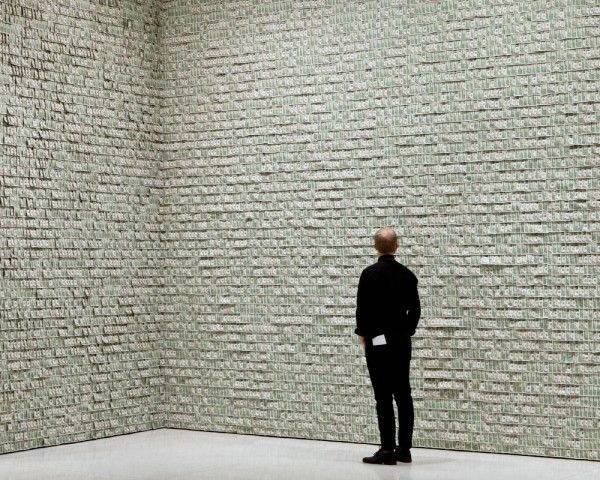 It’s no secret that we Americans are incredibly lucky and blessed to be living in such a prosperous and luxurious place relative to the rest of the world. We have some of the best of everything: the best hotels, the best vacation spots and restaurants, the best cars, the best TVs, the best technological innovations, cell phones and computers. And despite all the grief they sometimes receive, we still do have amazing healthcare and education.

There is another luxury we have that most of the rest of the world sadly doesn’t have – and that is no national memory of what it is like to live through hyperinflation.

Not having such a memory truly is a luxury. In the past 75 years hyperinflation has occurred in Greece, Hungary, Taiwan, China, Bolivia, Nicaragua, Peru, Argentina, Poland, Brazil, Yugoslavia, Azerbaijan, Congo, Krygyzstan, Serbia, Ukraine, Georgia, Armenia, Turkmenistan, Belarus, Kazakhstan, Tajikistan, Bulgaria and Zimbabwe. Some of these countries have experienced hyperinflation multiple times.

Sure, we had high inflation in the 70’s and it was miserable. But it wasn’t 30,000,000% per month as Serbia’s was! China’s inflation after World War II peaked at over 4,200% per month! That means that there are still plenty of grandparents alive in many countries who can tell stories about what it was like to survive day-to-day when the value of your money suddenly evaporates. In 19 of the countries listed above, they have had hyperinflation in the last 30 years, so it’s also parents and even children who remember wheelbarrows full of near-worthless cash.

In some of these countries, they remember some downright odd and surreal experiences: They remember burning bricks made of bound-up currency because firewood was more expensive than barrels full of cash. They remember taking paychecks to the bank in a frenzy at lunch hours and then shopping for something, anything, they could buy with their cash before prices went up later that day. They remember using currency as wallpaper because it was cheaper than buying wallpaper. They remember banks not sending them checks for their entire retirement savings accounts because the price of a stamp was now higher than their account balance. They remember not knowing if they could afford food for their children the next day, and wondering when it would all end, and if they would starve first. They remember chaos.

Some of them also remember how gold saved them. In Zimbabwe, where gold is a natural resource, panning for gold became a way to survive during hyperinflation. Not a fun way, but a necessary way for many.

Tekoa Da Silva interviewed Fernando Aguirre, a survivor of the Argentinian collapse of 2001:

“Gold and silver are one of the things that protect you from these sorts of events… If you had ten ounces of gold in Argentina before 2001, after the crisis you were the happiest guy in the country. You had your money protected from what basically wiped out 60-70% of the purchasing power of people’s savings…”

One especially interesting case is India. India has not had a major hyperinflation occurrence in recent times, but they have had an extended period of high inflation and right now are dealing with stagflation, with interest rates at around 8%. They have been over 8% for the past six years and are now struggling to stabilize the rupee after a huge surge in capital outflows that has been largely blamed on the Fed’s taper.

To deal with its current account deficit, India has raised import duties on gold from 4% to 15%, yet demand for gold has only surged. This has created a huge incentive for smugglers. It took a scary and rather disturbing turn this week when surgeons in New Delhi found 12 gold bars in the stomach of a man complaining of severe abdominal pain. They say he could have easily died without treatment.

Indians want gold so badly they have turned to using “gold mules” to get it! One wonders if this technique has worked for others successfully in the past.

When one looks around the world and sees the suffering that people have gone through in order to get gold, it becomes very sobering to realize how truly lucky we are. Right now we have two incredible luxuries. One is not really remembering or knowing from family history (unless you have immigrated) what it is to need gold or other items for barter in order to just survive the chaos of runaway inflation or full-on hyperinflation. The other luxury is being able to simply and relatively easily set a little money aside right now and just reach out and buy some gold to have that insurance for the future.