Home » Blog » Interest Rates Just Dropped from 20% to Zero – What Happens From Here?

Interest Rates Just Dropped from 20% to Zero – What Happens From Here?

The Federal Reserve has 18 trillion reasons why they can’t send interest rates higher. What happens to our savings when the bubble finally bursts? 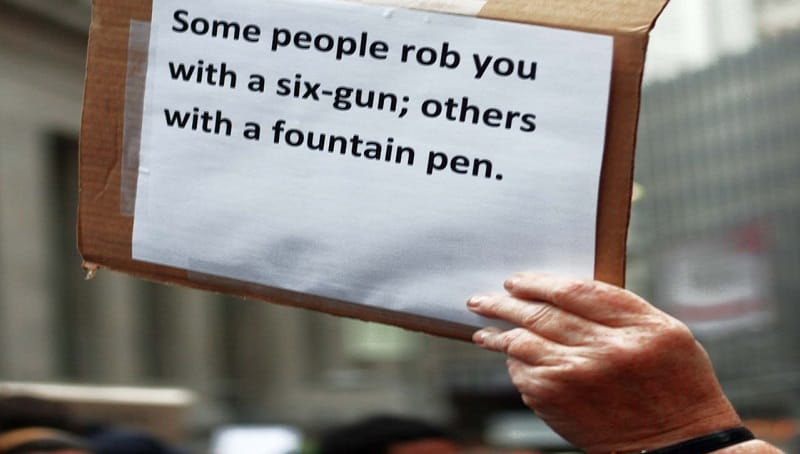 For the past several decades, bond yields have grinded lower and lower, now reaching effectively 0%. Yet despite such a decline, there has been a lot of talk in the financial press of a growing bubble in the market.

Just because the bond bubble hasn’t burst yet does not mean it isn’t going to happen. Investors would do well to remember that in 1994, the average bond investor who thought their holdings were safe lost thirty plus percent of their principle when interest rates spiked. It wasn’t until several years after Alan Greenspan spoke of irrational exuberance that the Internet bubble popped and U.S. equities entered a decade of basically no return.

There is another reason the bond bubble has been enabled over the last several years, and it’s not going away anytime soon… The Fed can’t raise rates. If it did, America would not be able to service her debt. Even an increase of one percent in interest rates would equate to hundreds of billions of debt service costs. If the Fed raised rates, thus requiring larger interest payments on our ridiculously large $18 trillion (and growing) federal debt, they would destroy the U.S. economy and prevent the government from spending more money to dole out social services.

Only once in a lifetime do interest rates fall from twenty percent to zero percent. So with all of the turbulence in the world, there has been a huge flight to the perceived quality of U.S. Treasuries, which has in turn driven bond yields lower. People want to hold their money in an asset that will hold its value. So far, the U.S. economy is the cleanest dirty shirt in the pile. With the Swiss National Bank surprising the markets by de-pegging the franc from the euro and the European Central Bank announcing the printing of $1.28 trillion, thus causing wailing and gnashing of teeth around the globe (in addition to billions in losses), this is even more so the case now. Investors are now even willing to pay negative interest rates to remain in government bonds in Switzerland and elsewhere in Europe. Put simply, investors are willfully paying governments to have the privilege of loaning them money.

None of this makes any sense – at least it doesn’t make any sense until you look under the hood at the fear that is gripping global markets. Things are NOT okay.

How long can this charade with bonds continue? Ultimately, the Federal Reserve will lose control of the market, and when that happens, all hell will break loose. Where will investors put their money then?

I suggest beating them to the rush and start buying gold. Historically, gold has been an insurance policy against global turmoil. The “barbarous relic” has been a store of value for thousands of years. When the you-know-what hits the fan, gold will shine. You don’t have to pay anyone negative interest rates to hold it. And from a historical perspective – as its value in U.S. Dollars has corrected over the last couple of years from a cyclical high – gold is relatively inexpensive to purchase.

So take a look at your portfolio. If you’re overexposed to bonds, or even if you simply are not diversified in hard assets, consider reallocating to gold. When the bond bubble bursts, you’ll be glad you did.

Do you want to see news from Birch Gold in your search results on Google? Follow our Google+ page here.