Home » Blog » Is the Next Stock Bubble Ready to Burst?

Is the Next Stock Bubble Ready to Burst?

The signs that we’re in another stock market bubble are there, experts say. Now, finance ministers and central bankers join in on sounding the alarm. 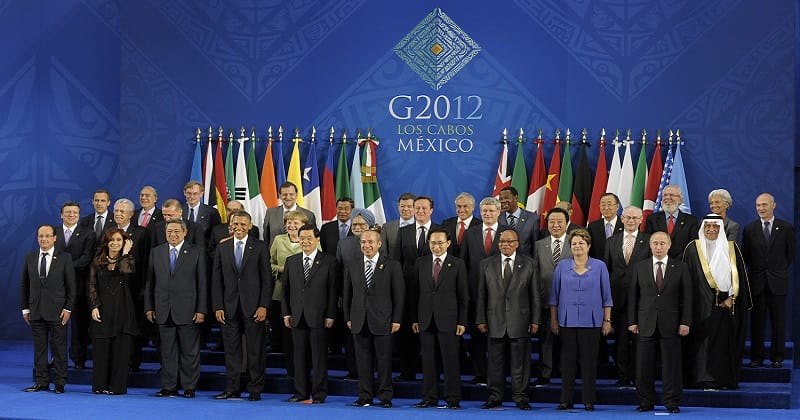 Just before Thursday’s largest stock market plunge in two months, with the Dow Jones ending nearly 265 points down, finance ministers and central bankers from the G20 group of nations met to discuss the risk of inflating asset bubbles associated with the unprecedented global money-printing of recent years.

The finance leaders even warned of a possible slump in the financial markets:

“Downside risks persist, including in financial markets and from geopolitical tensions. The global economy still faces persistent weaknesses in demand, and supply side constraints hamper growth… We are mindful of the potential for a build-up of excessive risk in financial markets, particularly in an environment of low interest rates and low asset price volatility. We will monitor these risks…”

Who else is sounding the alarm?

Matt Egan from CNN Money had gathered a solid collection of warnings:

What are the signs of the next stock bubble coming?

After the Great Recession of 2008, corporations in the United States had accumulated enormous amounts of cash which thanks to the Fed was paying nothing. So, companies like Apple, IBM, ExxonMobil, Pfizer and Cisco, started gobbling back their own stocks.

This, according to Rick Newman, has two major drawbacks: First, buybacks make demand for stocks appear greater that it is. And second, buybacks make company performance seem better on paper even though there’s no rise in earnings.

“When buybacks cease – which could happen whenever corporate cash positions decline to a certain level,” said Forbes Contributor Mike Patton, “supply reduction will disappear and stock prices could tumble. How much of a tumble? No one can say for sure. Perhaps 15-20%. Possibly as much as 50%.”

If you are anxious with the way the stock market is going, it might be a good idea to hedge your bets with some gold.

“Gold may offer benefits that cannot be solely obtained by investing in bonds, stocks or other alternative strategies,” says David Mazza of State Street Global Advisors. He also says that gold could be a strong complement to other strategies aimed at improving an investor’s portfolio performance.

The yellow metal is regarded by many as a store of value, because in the long term, gold moves with inflation.

You can blame the Germans for inventing the printing press or you can blame the U.S. government for abandoning the gold standard – either way fiat money, like the dollar, have been losing value.

The big finance brains of the G20 are admitting that their flooding the markets with money may cause problems, yet no matter what happens, the money printing won’t stop. The United States and the rest of the world are addicted to stimulus. Just think how this allows Washington to avoid hard choices – how else could they afford to pay for expensive welfare programs or potential conflicts (think recent Syria airstrikes and possible deployment of troops)?

When you are ready to buy some gold to protect yourself from the next stock bubble and the depreciating buying power of your dollars, call one of our Precious Metal Specialists. Or to learn more, watch some of our educational videos on precious metals on our YouTube channel.

G20 finance ministers add to fears of a stock-market bubble

G20 worried about the ‘stumbling block’ of Europe’s slow growth