More bull from the “world’s bulliest economic pulpit”: What Janet Yellen means to the dollar 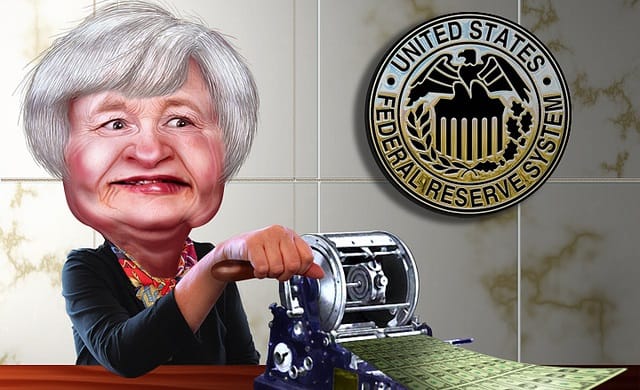 The Senate has confirmed President Obama’s nomination of Janet Yellen for next Chair of the Federal Reserve. She makes history on two counts. She is, of course, the first woman to lead the Fed, which is a significant milestone that we should all applaud.

But our enthusiasm for this first piece of history must be tapered once we account for the second: Yellen received the lowest level of support ever in a confirmation vote for Fed Chair, with only 56 senators in support of her. In that regard she absolutely trounces Ben Bernanke’s previously-held record for lack of support, when only 70 senators voted in favor of his second term. Which makes us wonder: What other ignoble highlights of Bernanke’s career she might eclipse when she takes the helm on February 1?

Without really meaning to, Michael Hirsh of the National Journal has painted a terrifying picture of Yellen on her views, life, agenda and career history. He was trying to show her human side and deep compassion for the unemployed and underprivileged, making the case that she will likely try to use her extensive experience and brilliant mind to help their plight. However, the free marketers among us who read between the lines will see an activist incoming Fed Chair, one who is intent on intervening in the markets in new, radical and creative ways, with all the gusto, determination and moral fortitude of an economic Florence Nightingale. That is, she will compassionately accommodate, ease, and nurture our ailing markets with only the very best of intentions.

Where do we begin…

Hirsh’s piece paints a picture of a new kind of Fed Chair, one who will actively lobby Congress for higher minimum wage laws and policies to combat “income inequality”. We should expect to see Yellen insinuate herself in all sorts of policy and political discussions well beyond the purview of the Fed, and that is a truly scary prospect for the future. As Hirsh put it, she now has “the world’s bulliest economic pulpit”, and politicians will listen. 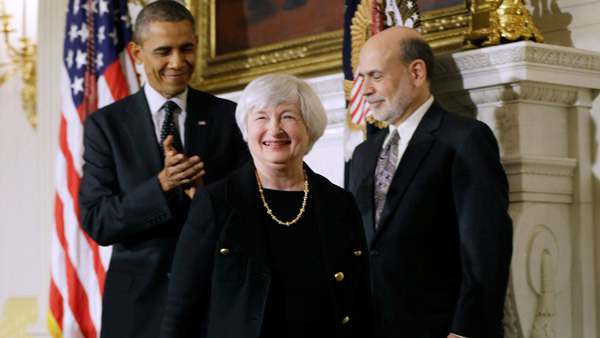 Yellen’s staunch views on higher minimum wages are especially troubling and contradictory for one who wants to, and needs to, mark her time at the Fed with improving employment figures. How will we see more jobs if she purposefully makes it more expensive to hire people? Well, inflation, of course! Pump the system full of money to hire more people… which increases costs… which increases prices… which erodes everyone’s purchasing power… which leads to more income inequality… which leads to yet another call for higher wages. Where does this end??! The fact that she might become an activist to exacerbate and shorten this maddening cycle is a big concern for the dollar.

But to the dovish Janet Yellen, inflation is far from a serious concern. According to Hirsh’s sources “close to her”, we are getting yet another Fed Chair who feels our economic woes are due to lack of regulation. The reality is the market has its own organic methods of regulation – cleansing by bankruptcy, by failure. But the Fed has been circumventing that process at every turn, instead dumping money by the helicopter-full onto all the bad actors, wondering why the mistakes seem to linger. (Gosh… we wonder why.) The latest regulatory overhaul that Congress has come up with, the Volcker Rule, is so full of holes, critics call it regulatory Swiss cheese. The current regulatory landscape is such that only the banking fat cats (who write the labyrinthine laws) have the legal resources to understand them and then properly circumvent them. This is part of regulatory capture and it’s why banks will continue to be too big to fail, and will indeed only get bigger. The little guys, the up-and-coming finance guys, the ones with the forward-thinking ideas, can’t afford big enough legal departments to gain a foothold. So everything stagnates while the rich get richer.

What does all of this mean for you and your savings? Janet Yellen is another unabashed disciple of John Maynard Keynes, which is terrible news for the markets on the road ahead. It means our leaders in Washington and at the Fed have learned nothing and will admit no failures as they continue to listen to all the wrong people. It reinforces what we share with you every week, that we are headed for more exaggerated booms and busts, that the dollar will continue its decline. Where will your investments end up as the chips fall? As the dollar gets more dangerous, physical gold becomes safer and safer. Protect your portfolio with gold today.