Home » Blog » Putin stands up to FATCA: Here’s how it could go down for July 1 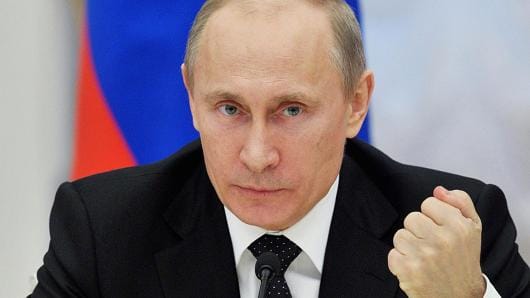 Financial privacy is under attack in the United States today, and with the Foreign Account Tax Compliance Act (FATCA), the IRS has a whole new weapon in its quiver. FATCA comes into full force on July 1; after this date, any and all foreign banks that wish to continue to do business with Americans or American businesses must register with the IRS and disclose all kinds of financial details about those clients to the IRS. The cost of compliance is estimated to be about $7,000 per individual for the banks, and Americans overseas will incur an average of $4,000 in expenses to comply. It is outrageous and draconian, not to mention demeaning and insulting for the United States to lay claim to income its citizens earn outside of our borders and then to presume to meddle in the affairs of every bank in the world to get its paws on that money.

After the Edward Snowden interview with Brian Williams last week, addressing the scope and methodology of NSA surveillance, you could easily make the case that every kind of privacy is under attack. And when you hear about how many innocent people are wrongly targeted by various agencies of the government, when you consider that U.S. tax court has its own separate process and rules for adjudication, you understand what a canard it is to say “Well, if you aren’t doing anything wrong, you have nothing to worry about.”

A ton of people have done nothing wrong and STILL have had tons to worry about because of government intrusiveness.

And now, how ironic is it that Russia’s Vladimir Putin seems to be the one to step up and say “no more” to the United States? Russia, whom Snowden criticized in his interview for forcing bloggers to register with the government, is telling its own banks that it is a violation of bank privacy laws to share customer data this way. It is a violation of privacy rights to share customer data with a foreign government without their knowledge or consent, without a warrant or suspicion of illegal activity, and just as a matter of routine.

Fifty other countries, including Switzerland, are bending over backwards to comply with this new law. (Or should we call it a new tax?) But Russia? Putin is throwing egg at our government’s face.

Of course, the Russian government might act to change this or pass a stop-gap measure or something so that they don’t lose all their American business. Or they might not. And then what?

How motivated is Russia really to hang on to an increasingly cumbersome relationship with the U.S. and the dollar? Moscow is already making big advances in trade outside the dollar. Financial expert James Rickards sees those advances coming much faster than he anticipated in his recent book “The Death of Money”. Very recently, China and Russia signed a trade agreement worth $400 billion that has China buying gas from Russia in rubles. Rickards notes:

“Putin said he envisions a Eurasian economic zone involving Eastern Europe, Central Asia, and Russia. The Russian ruble is nowhere near ready to be a global reserve currency, but it could be a regional reserve currency.”

A regional reserve currency doesn’t sound all that implausible. And it may be the catalyst that starts other dominoes falling, leading to the dollar’s ultimate collapse. And the U.S. government has the hubris to put FATCA in front of all these banks that are less and less enchanted with dollars already.

You should have no doubt: These are uncertain times. These are uncertain times for the world, for our economy and certainly for the dollar. Fortunately, having a decent percentage of your portfolio in gold can help to insulate your hard-earned savings. And as luck would have it, gold is currently at a 16-week low, just begging to be snatched up. Gold is on sale, right as global events severely threaten the dollar. There are not too many opportunities like this to get in just as things start to boil over.