Despite some positive indicators, most Americans feel the effects of an economy that refuses to recover. What are you doing to protect your savings from what may come? 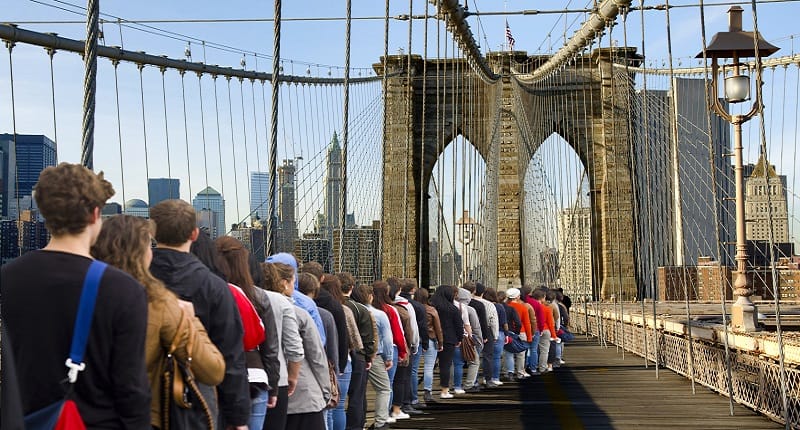 Some analysts were leaping for joy with the recent release of new jobs numbers. It does make a nice headline that the jobless rate fell to 5.9%. Down is better than up, obviously.

But beneath the one number everyone touts, there are a lot of other numbers that are less encouraging. In fact, they are downright scary.

The middle class is disappearing. Of the jobs added in September, most were in grocery stores, factories and restaurants. With middle class job opportunities leaving our shores, possibly never to return, Americans are overeducated for the disappointing vacancies available to them.

The markets keep expecting the full economic bounce they’ve gotten used to after previous recessions. But there is better evidence to suggest that it is not coming than evidence that it is. Consider the sad truth that government figures are, these days, mostly fiction. Consider that this is an election year, and the forces that fictionalize economic data go into high gear just before elections. Almost anything you hear from the loudest voices, especially in October, should be taken with a huge grain of salt at most, and disregarded entirely for best results.

Go a little deeper and you find a dismal reality. Our GDP is flat-lining and possibly dipping into another recession, if you strip out phony deflator calculations and deal in reality. There are just no economic drivers on the horizon right now.

The problem is global in reach. China is largely in the same boat we are, with fictitious economic indicators and a huge bubble of an economy. When you look at numbers the Chinese government can’t manipulate – many use electricity consumption – you see cut backs in consumption, in spite of nominal GDP growth. An economy expanding as much as they claim would demand more electricity, not less. Analysts say the Chinese economy is probably growing at about half the rate the government says.

Further hard evidence of how bad the global economy really is comes from sales figures from companies like Unilever, McDonalds and Heineken. According to Wolf Richter:

“At McDonald’s, global revenues fell 5% and net income plunged 30%. At Coca-Cola, international volume was up a measly 1%, but in the U.S., volume declined 1%. Revenues were down fractionally for the quarter and 2% year-to-date. Net income in the quarter dropped 14%. Revenues at third largest beer-giant Heineken, which brews its stuff in 70 countries, dropped 1.7%. People are scratching their heads: are consumers actually cutting back on beer? Other companies too have reported disappointing results.”

You know it is really bad if consumers are cutting back on beer.

After the crash and recession of 2008, the action taken was not at all corrective, but aimed at delaying and propping up institutions that had failed. Nothing was learned, nothing was cleared out, no problems were solved, the can was simply kicked down the road and at great economic and societal expense.

We are left with a zombie economy, and the effects are felt globally. Our economies have become far too consumer-driven, and now that consumers are fairly impoverished, we’re up against a wall.

Consider the example here of the science editor with a Master’s Degree, let go in 2009, and finally working again as a driver in a rental car lot – part-time and hoping for more hours. This is so typical in our economy currently and it is hard to see the light at the end of the tunnel.

The only light is that of a freight train of inflation headed straight towards us, about to flatten us in a currency crisis.

If your savings aren’t protected from that oncoming freight train of inflation, give us a call today, and we’ll help you move some of your savings into gold. Even if the currency crisis doesn’t happen next week or next month, remember: It’s better to be a year early than a day late. Call us today.