In the blink of an eye, the New York Stock Exchange halted trading earlier this week, leaving billions of dollars in limbo. The lessons are clear. 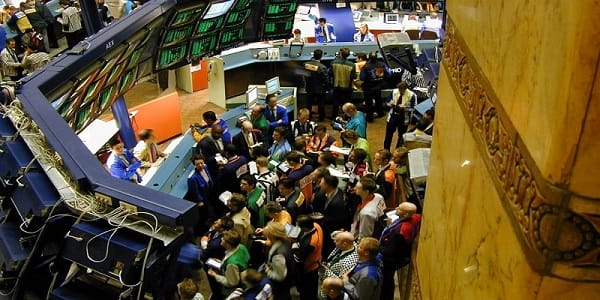 For almost four hours, the world watched with bated breath as the NYSE sorted out what they described as a “technical issue”. Ultimately, the issue was officially reported to be from engineers installing the wrong software on to the system – at least according to the NYSE.

All open orders were wiped as the stock exchange closed, and now many are questioning the official narrative on what happened.

No doubt, the markets welcomed a chance to cool down and limit potential damage from escalating situations around the world.

For one, we’re all still trying to make sense of the ‘NO’ vote in Greece.

Then there’s China and its freefalling stock market, which has lost a massive 30% since mid-June. And just like in the U.S., the Chinese central bank is printing money to try keep markets propped up.

Outside of Greece and China, others are suggesting different theories for the shutdown, such as a hacking attempt.

Look at all the odd activities that occurred in cyberspace around the same time as the market closure: Anonymous sent this tweet the day prior. United Airlines grounded their planes due to ‘network connectivity issues’. And The Wall Street Journal went offline without any explanation.

Maybe this is all just a coincidence, and there was no cyber-attack. But even then, this episode highlights how exposed our system is.

Imagine that one of the world’s leading surveillance firms, Hacking Team, was hacked last week, showing that even the most secure companies in the world are vulnerable in this modern era.

Big bank executives’ second biggest fear is cyber-attacks. And this is far from a baseless worry, as $1 billion was recently stolen from over 100 financial institutions in over 30 countries.

However we don’t even need to look for such malicious causes for these events to occur.

In the 2010 Flash Crash, the Dow Jones lost nearly 9% of its value in just 20 minutes. An investigation into the event blamed one trader who set up a trading algorithm that started firing out sell orders.

You can read into any of these episodes however you’d like and come up with your own theories for the cause. But what’s crystal clear is that our markets are extremely delicate and prone to rapid manipulation. If the only solution that our officials have is to print money or immediately halt trading, then you know the safety net has holes in it.

The fact is that in today’s technical environment, where systems are so globally integrated, we may have the wonderful benefits of being able to communicate and transact with people around the world in real time… but we also run the risk of having a butterfly effect event bring the entire system to its knees.

If there’s any silver lining to these events, it’s that they have put a bright spotlight on our electronic system’s vulnerabilities. And people are taking action. They’re taking action by moving at least some of their savings out of paper assets and into tangible assets, such as physical gold and silver.

At the end of the day, stocks, bonds and mutual funds can be worth no more than the paper they’re printed on. Gold and silver have always held value, and they always will hold value. Isn’t it time you owned some?