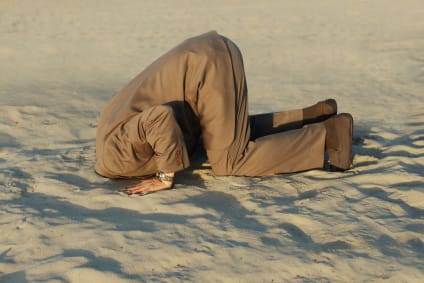 Listening to a financial advice radio show the other day, we heard the host express an all-too-common (and very dangerous) sentiment about the strength of today’s market. A caller had doubts about the sustainability of recent market highs, given the extent of Quantitative Easing by the Federal Reserve, and asked the host if he didn’t think the market was being almost entirely propped up by QE.

The host, a financial adviser, emphatically agreed that the markets were indeed being driven by the Fed’s stimulus program – no doubt about it. Amazingly, however, he then added that he didn’t care! It was his opinion that the caller should get as much of his money as he could into stocks right now to take advantage; who cares why or how we got here, the important thing (to this adviser) is where we are right now.

Of course it matters how we got here, if you understand macroeconomics. It is astounding how little some people in finance understand about basic economics.

It is not just about the market highs and the numbers that you see. You must also consider the unseen. Not only is all this newly-created fiat money being pumped into the unhealthiest parts of our economy, it is being done at the expense of the productive economy. We are feeding the cancer and killing the patient. There should be no such thing as “too big to fail.” Everything should be allowed to fail if it loses enough money and causes enough economic damage. But no, our government insists on pouring massive amounts of money into proven money-wasting, profit-crushing zombie businesses and banks just to keep them on economic life support. Then, they refuse to stop until those businesses are standing on their own feet. The reality is the patient is brain-dead. It is time to pull the plug and make funeral arrangements. We are throwing good money and resources after bad, and we’re going nowhere but down as we dig ourselves deeper into trouble.

All of this liquidity that is being created for the benefit of Wall Street – a massive $1 trillion in new money flowing into the financial system each year – is going to devastate the rest of the economy, those members of society who are actually *working* and *producing things*. But so many people just will not look deeper to see it this way. As legendary investor Jim Rogers told us, do your homework. If everyone is saying the sky is blue, you better at least look out the window because it may not be. And even if the sky is blue, you should also consider that things most likely will change. Market fundamentals presently are not supporting the prices that the market is paying. It’s just that the money has got to go somewhere.

If you don’t make the effort to understand the major forces at work, you will not be able to predict and prepare for the consequences coming down the line. When the market tanks, you will find yourself scrambling in a state of shock and wonderment, rather than calmly knowing that it was bound to happen sooner or later. If you like surprises, listen to the people who are always surprised by the market crashes. If you hate surprises, don’t blindly take the word of others and think for yourself!

At the end of 2008, this same radio host was nearly tricked by a caller who asked if he should fire his adviser for losing 24% of his portfolio. The host emphatically replied that he should not: Given that the market was down 40% at the time, he should in fact be doing jumping jacks! Of course, the caller was a client of his. Apparently the lesson here about the stock market is that even with stellar management and advice, there are times you are supposed to be giddy about double-digit losses.

Incidentally, gold ended slightly up year over year when that call was made.

The truth is the stock market is a massive guessing game right now, and the fundamentals say it is not sustainable. Yes, there have been record gains this year in the buildup, but another crash seems to be around the corner, ready to cut into your portfolio. If you can afford more double-digit losses, good for you. If you can’t, avoid the stress by investing in something solid, something tangible. Something that will be a haven in the coming market storms.