Summers to Obama: Take This Job… 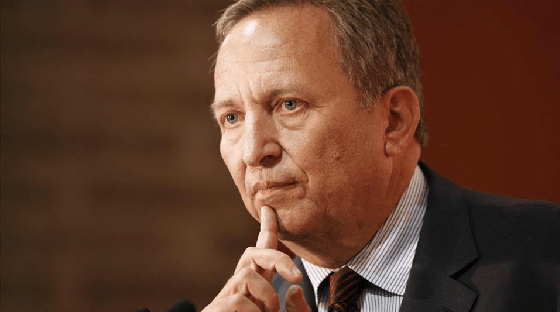 The controversy over who will be the next Federal Reserve Chair just took a surprising turn. Widely considered to be the frontrunner and President Obama’s clear favorite for the job, Larry Summers has withdrawn his name from consideration in a shock move Sunday.

That last paragraph is indicative of just how unusual these economic times have become. It is unheard of for those outside inner economic and financial circles to be waiting with bated breath for who the next Fed chair will be, but that question has been all over headlines of late.

Why? The Fed has given itself outsized importance in the economy with its unprecedented levels of intervention, injecting a mind-boggling $85 billion a month into a still-teetering banking sector. While the financial media and politicians keep insisting the markets are on the verge of recovery, evidence of any real improvement are fleeting at best, fictitious at worst.

Now we are at a critical junction where a tapering off of QEternity needs to happen eventually, AND current Fed Chair Ben Bernanke’s term is ending. This leaves the market very uncertain about many things. When will this “taper” begin to happen? How quickly will it happen, and who will oversee what happens next? The markets seem to strongly favor the dove-ish Janet Yellen, an enthusiastic cheerleader and indeed a chief architect of the Quantitative Easing program. She is seen as the most likely to continue the heroin injections to a twitchy Wall Street, at least until unemployment figures start to look a little better.

The markets are fighting the prospect of any more pain tooth and nail.

An open letter signed by 400 economists was circulated in favor of nominating Yellen and the lobbying against Summers had been rigorous. At least four Democratic Senators on the key Senate Banking Committee had already indicated their intent to vote against him. For his part, Summers had soft-pedaled his stance against inflation possibly in an attempt to mollify critics, but the controversy proved to be too much and too distracting. He withdrew his name from consideration Sunday, and predictably, stocks jumped and the dollar weakened at the announcement.

This move was ostensibly to avoid a messy fight (losing battle?) during the confirmation process, but one could speculate about another possible narrative at work in his head.

While he is certainly no Austrian, Summers has had nice things to say about free market economist Milton Friedman and negative things to say about QE and bailouts. He is widely regarded as an inflation hawk. (Well, as much as one can be in this Keynesian dystopia we are living in.) Maybe Summers knows what’s up. Maybe he knows what’s coming down the pike, that the light at the end of the tunnel is really the freight train of inflation bearing right down upon us, ready to unleash massive stores of newly created liquidity oh, sometime within the next Fed chair’s term. Certainly someone concerned with his legacy, as Summers is, must have thought of that. There will be a lot of hard choices and a lot of ire directed at whomever Obama picks to succeed Ben Bernanke.

To make matters uglier, the grief Summers would have received would not have even been for doing the right thing and winding down this period of unprecedented inflationist intervention in the economy, but for continuing policies he knows are wrong and harmful. It is one thing to be a martyr for your principles, but who wants to deal with that?

Nobody knows precisely when the music will stop playing on Wall Street, but when it does, that’s not going to be a fun chair to sit in. Could this be the real reason Summers did not fight harder for the nomination, even after stepping back from Citigroup engagements to avoid appearance of conflict of interests?

Of course, this is pure speculation, based on the fantasy that there are actually economists in positions of power and influence who are not complete free market denialists, and who care more about doing the right thing than pacifying the babies on Wall Street. $85 billion a month is a pretty big pacifier and taking it away will not be easy or fun. Is there a grown up in Washington willing to do it?