U.S. Banks may be at more risk to cyberattack than you think

Just how safe are your savings in the bank? A number of recent reports suggest that our new digital landscape is open game for hackers. 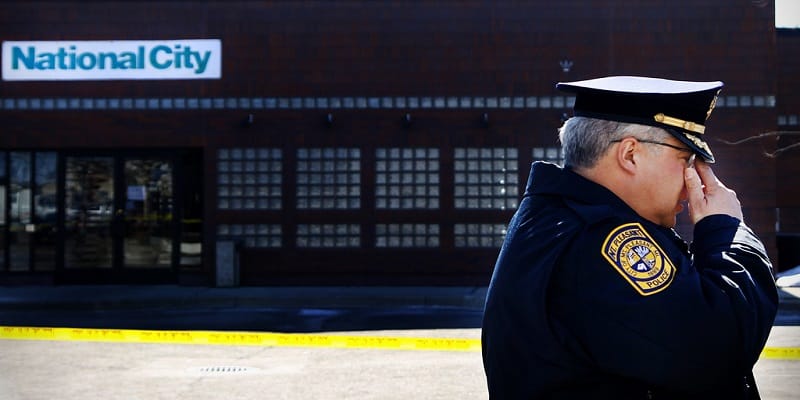 This week, cyber security firm Kaspersky Lab revealed that $1 billion was stolen by hacker group Carbanak over the last two years. The string of thefts ranged to over 100 financial institutions and spanned 30 countries.

Banking scams have come a long way since the days of email requests from Nigerian princes requesting your bank details so he can transfer you large sums of money into your account.

In the past, hackers largely relied on coercing account details from customers individually. But in this latest attack, Carbanak has shown the wherewithal to bypass customers and target the banks directly.

These days the hackers are so sophisticated that even the best of security is unable to detect the crime until it’s too late. The video below reveals the level of sophistication that enabled the Carbanak cybergang to steal $1 billion from 100 banks worldwide:

With technology improving at such a rapid rate, it will only become increasingly difficult for governments, corporations and financial institutions to fend off the growing number of cyberattacks.

If you think this all sounds a little bit too far-fetched to be a threat to savings accounts in U.S. banks, think again: Not only were experts at the recent Davos meeting warning world leaders of catastrophic cyberattacks, but see for yourself how many attacks are being launched around the world right now: http://map.ipviking.com

If you stay on this site for even a minute, take a look at the table labeled “Attack Targets” at top right of your screen. You’ll see that the United States receives more cyberattacks than all other countries combined.

Even the heads of banks are concerned for the security of the savings that they’re holding for you: A recent poll from PricewaterhouseCoopers found that 79% of the bank bosses surveyed were ‘extremely concerned’ about cyber threats. So much so that it was their second greatest concern next to over-regulation. 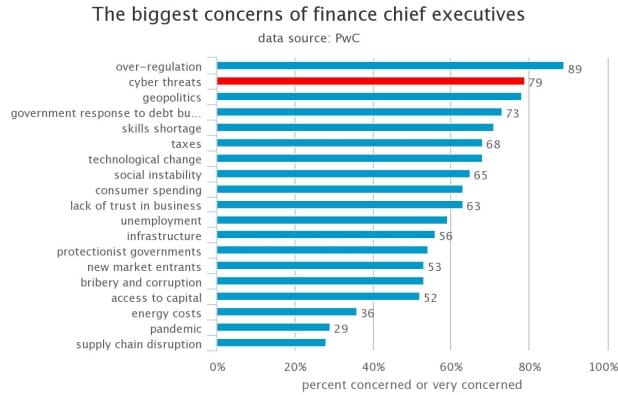 In a world in which your savings exist only in some digital landscape – all represented in 1’s and 0’s – what protection do you have should your bank be on the receiving end of one of these cyberattacks?

As the Financial Times reported last year, the best way to protect yourself is with a diversified portfolio, one that contains more than just assets whose only value is recorded on a digital screen.

This includes assets such as real estate, productive land, businesses, fine art and precious metals, like gold and silver.

Because precious metals generally move counter to other assets, such as cash, stocks and mutual funds, they are often referred to as “portfolio insurance”. But if your bank account falls victim to a cyberattack, and those savings were wiped away, your gold and silver would prove to be the ultimate insurance plan.

Get more news on gold from the Birch Gold Group LinkedIn profile – follow us here.