Home » Blog » What is FATCA? Here is what you need to know 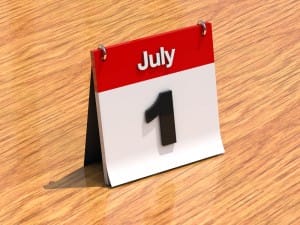 With FATCA going into effect in just a few weeks, on July 1, 2014, the controversy surrounding this important federal law continues to mount. However, many Americans are still unfamiliar with the Foreign Account Tax Compliance Act and how it could affect their financial situation. To help you better understand FATCA and what it will mean for many Americans (not just those who have overseas bank accounts), we’ve put together this quick, straightforward overview.

For more on the basics of the new law, in plain English, here’s our episode of the Miller Report on FATCA.

Although lawmakers tout that FATCA will generate more U.S. tax revenue and uncover cheats, opponents argue the law will result in several unintended and potentially disastrous consequences. Here are some of the primary reasons why FATCA is so controversial:

All of this could also have severe consequences for the already fragile U.S. dollar. Opponents argue FATCA will be the tipping point that finally causes international banks to cut the cord with the dollar. Even if a complete collapse is not imminent on July 1, as some have suggested, a continued slow and painful death of the dollar will create serious financial difficulties in the U.S. felt by every American.