Home » Blog » When the Bridges to Nowhere are No Longer Built

When the Bridges to Nowhere are No Longer Built

With government bloat at absurd levels, it’s only inevitable that there will soon be some serious belt-tightening. What might the consequences be for you? Find out here. 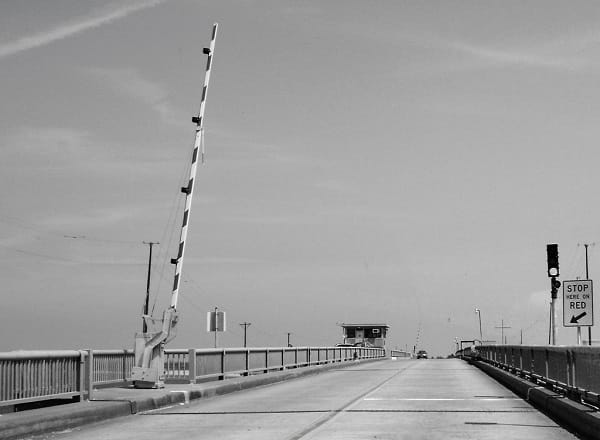 We’ve all been there. With the holidays approaching, you max out your credit cards to pay for gifts, and then you spend the next several months paying them off. You want the best for your family and especially your children, so maybe you don’t make the best financial decisions to provide for them. Paying off your debt can be difficult. It’s not a fun time. There are few dinners out and the extras just have to be delayed for a while. You hold off buying that expensive bottle of liquor, or that cigar after dinner.

It’s called deleveraging or paying down your debt.

But what happens when a country goes on a binge — but in this case, not for a few thousand, but for a few trillion dollars? That amount of money is so large that it is difficult to even comprehend.

Today, each American owes north of $100,000. That includes you, your spouse, and unfortunately, your children.

The United States is now past $18 trillion in sovereign debt. With our current fiscal policies, we can’t even hope to pay this back. Will something change so that we can grow our way out of this problem? Possibly… However, that is going to take a lot of courage and dedication, not something our politicians have had much of lately.

But that is not the whole story.

The simple fact is that most of the world is drowning in debt. Have you been watching the news of Greece lately? And the rest of Europe has real problems, too. The PIIGS – Portugal, Ireland, Italy, Greece, and Spain – have debt levels way past where most economists think is a big red flag. China is also drowning in unreported debt. You can’t rely on the numbers coming out of China, but even the reported numbers are not good. The Chinese stock market has been crashing due to the phony metrics that support it.

So you have the three major economies of the world – the United States, Europe, and China –so far in debt that the canary in the coal mine has already died.

But what does any of this have to do with your savings? Let’s get back to the beginning of this article: What happens when you have to pay down debt? You cut back on expenses, that’s what.

For a country, that would mean reducing all of the bridge to nowhere projects, reducing entitlements, reducing transfer payments (or redistribution of wealth), etc. Added together, all of this means reduced economic growth, which spells pain for companies, its shareholders and its employees.

So today, we could now just be seeing the beginning of the correction in the stock market as the developed world (and the emerging markets) pay down their debt; tighten their belts, if you will. There are some strategists that say the U.S. market could contract another fifty percent.

As our government faces some uncomfortable realities, it’s inevitable that the belt will be tightened, that those bridges to nowhere will stop. And as the economy slows down even more as a result, what are you to do?

If this does indeed play out, and your savings aren’t diversified, you could be in for a rude awakening? Why take that chance when you can act now? Remember, it’s better to be a year early than a day late. When you’re ready to move into physical gold, we’re here to help.

There’s another market that is in serious trouble… the bond market. Read why here.