How has money evolved, and why does gold have no equal as currency? Keith Weiner puts it in simple terms. 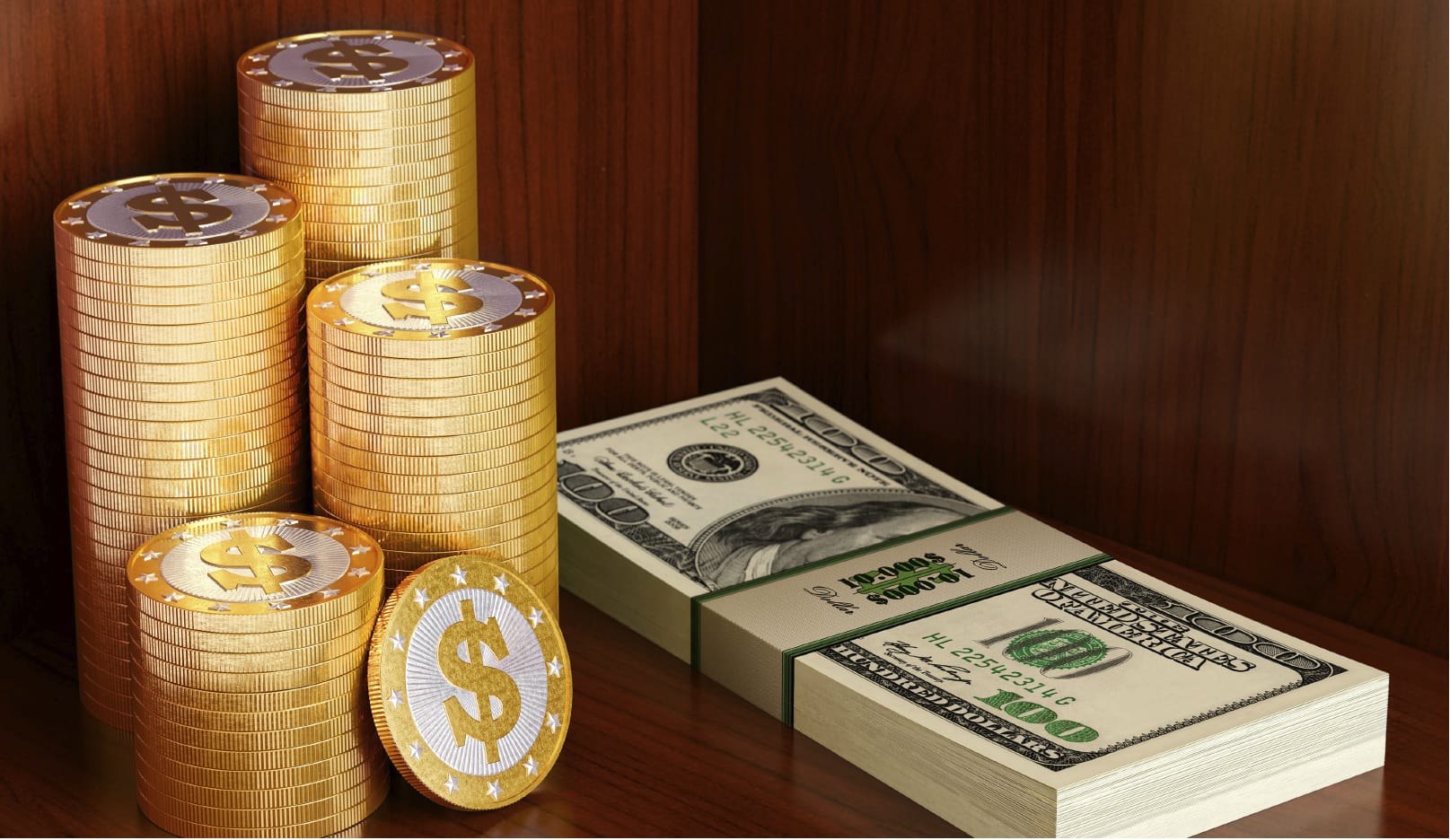 If you ask anyone, “what is money?” they can point to a dollar bill, but not define money itself. It’s become so complicated that economists debate what to include in the measure of the money supply. Most don’t believe that gold is money. Nevertheless, gold still behaves as money even though governments have banished it from the monetary system.

Money is a powerful means that evolved over countless millennia. Early humans began by subsisting, each limited to what he could produce on his own. Slowly, they learned how to make better tools. As a result, they had extra goods to trade. In this new era, each individual exchanges his products for things he can’t make. Trade allows people to specialize and everyone becomes better at making certain things.

Suppose Orr the moccasin maker and Arg the fisherman lived in those days. Arg loses his moccasins in the river, so he goes to Orr for new ones. They make a deal and Orr accepts five fish in exchange for a pair of moccasins. They are both happy with this trade today. What happens tomorrow?

Orr gets hungry. He goes to Arg, but the fisherman doesn’t need another pair of moccasins. He says to Orr, “I’ll trade you one fish for five pairs of moccasins.” Is Arg greedy? Do they need a Moccasin and Fish Exchange Commission (MFEC)?

If Arg takes the moccasins, he’ll have to keep them for a long time, waiting until a fish customer happens to want moccasins by coincidence.

Moccasins are more valuable than fish, but less marketable. Everyone must eat every day, but they don’t need a new pair of moccasins so often. This problem impacts, most of all, our friend Orr, who is still hungry.

Orr decides to expand his trading beyond producers of goods that he wants. He targets anyone who needs moccasins. What does he want in exchange? He accepts a more marketable good than moccasins such as salt, a food preservative. When he needs something like a knife, he doesn’t offer his moccasins. Orr offers salt.

By using salt as a means of trade, Orr has discovered money.

Arg, too, is better off getting salt in exchange for his fish. Why? He needs salt every day and he knows that everyone else does too. Salt is in constant demand and so it’s highly marketable.

Marketability refers to how readily people will accept something in trade. People are reluctant to accept moccasins in trade but are happy to take salt. This has nothing to do with the value of the goods, but with the effort and risk of finding someone who wants them.

The low marketability of fish and especially moccasins is an important factor in the two trades of Orr and Arg. In their first trade, Arg was barefoot so he was willing to trade five fish for only one pair of moccasins. In the second trade, Orr was hungry and so he was willing to exchange five pairs of moccasins for only one fish. When fish are traded for moccasins, there are two different rates of exchange. Whoever has the urgency also has the disadvantage in the trade.

It’s not unique to moccasins and fish. There are two exchange rates with every pair of goods. The difference between these two rates – called the spread – is important to every trader. That’s because the spread causes you to incur a loss.

That’s why moccasins don’t work as money. To be useful as money, a good must have a narrow spread. The narrower the spread, the less you lose in each trade. The spread in salt is narrower than in moccasins, because salt is more marketable. In fact, salt was used as money for a long time.

Nothing comes close. This is why gold makes the best money.