Could this decision by Greece send financial markets into turmoil? Find out why some experts are predicting just that. 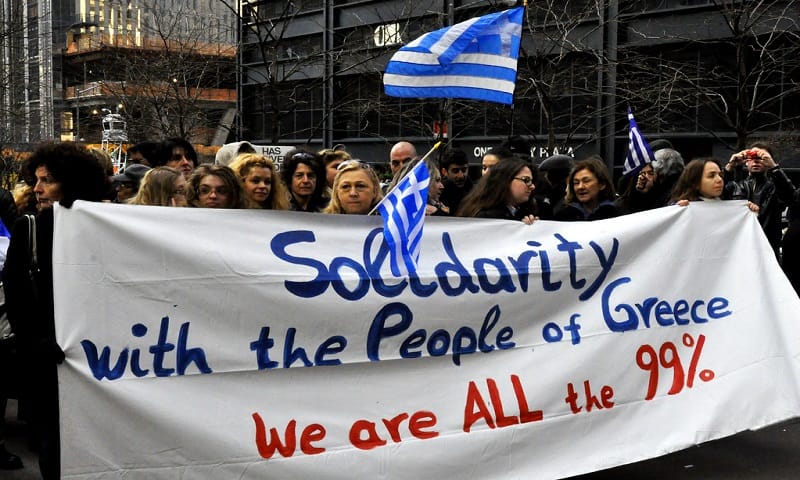 A Greek decision to leave the eurozone could send financial markets into turmoil even worse than the collapse of Lehman Brothers in 2008, a leading international economist has warned.

How could it happen? The risk stems from the probable victory in the January elections by the radical far-left opposition party Syriza, now the most popular party in Greece, representing the many voters who feel punished by the terms of a financial bailout that came with harsh austerity measures. Some believe that if Syriza chooses to antagonize other eurozone members over the terms of the bailout, Greece might be forced to voluntarily withdraw from the euro. This possibility is often colorfully expressed with one word: “Grexit”.

A “Grexit” would likely cause runs on Greek banks and the nation’s stock market, and this could result in imposing harsh capital controls, cautioned economic historian Barry Eichengreen in a discussion on the euro crisis at Saturday’s annual meeting of the American Economic Association.

This would have negative spillover effects in other nations as investors speculate which eurozone member might be the next to abandon the euro, said Eichengreen.

“While holding the eurozone together will be costly and difficult and painful for the politicians, breaking it up will be even more costly and more difficult,” he said.

“In the short run, it would be Lehman Brothers squared.”

Meanwhile on Monday, doubts over Greece’s future and prospects of European version of Quantitative Easing have sent the euro to a nine-year low against the dollar. The euro fell 1.2% against the dollar to $1.186 – the lowest level since March 2006, although it later recovered to $1.194.

Speculation over the consequences of a Syriza victory has also caused the euro to fall against gold. The yellow metal has surged close to EUR 1,020 per ounce on Monday morning, adding 11% to the gains from last year. Overall, gold prices are up 7 percent since they reached a four-year low in early November.

According to Bloomberg, “hedge funds are stepping back onto the gold bandwagon as political turmoil in Greece and government actions in Asia helped send prices to their biggest monthly advance since June.”

“Bullish wagers on the metal increased for the first time in three weeks and have more than doubled since mid-November, U.S. government data show,” continues the Bloomberg story. “Short holdings dropped for the sixth week in seven. Bullion rose for a second straight month in December.”

Kenneth Rogoff, a former chief economist at the International Monetary Fund and a Harvard professor who serves in the same panel as Eichengreen, said that although it won’t be easy “to break up”, the euro “is a historic disaster.”

And when currencies fail, gold’s inextinguishable beauty shines like the sun.

At the end of the day, people from across the 19-nation euro bloc who have chosen to own gold have not only preserved their wealth but seen their capital appreciate in euros. For that time when the dollar isn’t nearly as strong on the international stage, do you have some of your savings in gold?

Join us on Facebook for more news about the economy and precious metals.